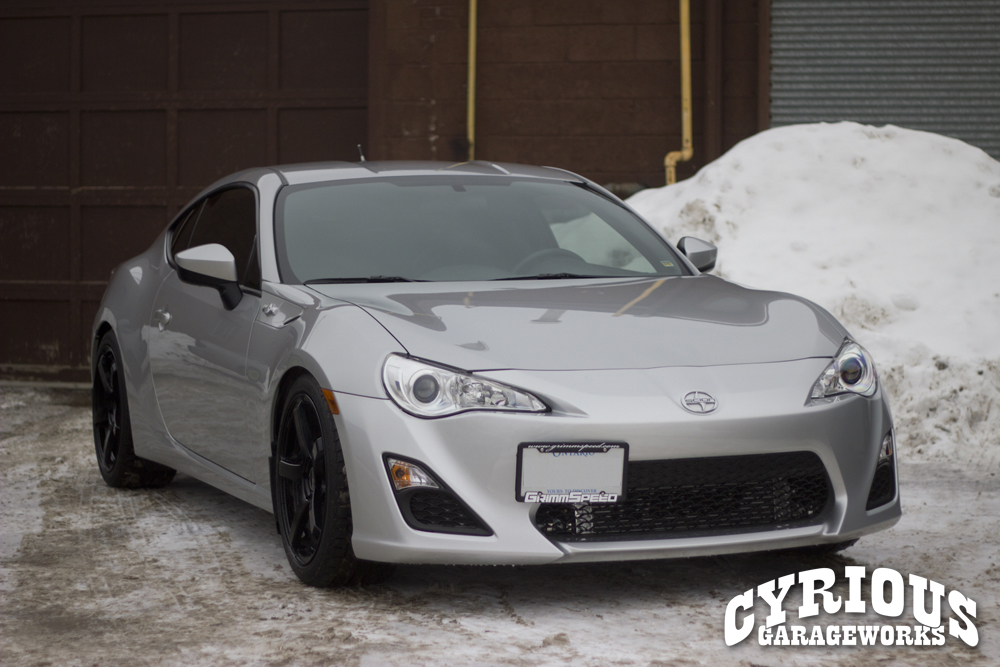 Though a large portion of our clientele here at Cyrious Garageworks are interested in restoring older cars, we do get plenty of modern fare here as well! This time around we had a 2013 Scion FR-S which was in some dire need of boost, and we were happy to oblige! After some research and deliberation, we decided that the Kraftwerks FR-S Supercharger kit looked like our best bet for good product quality, good fitment, and ease of installation. Of course, most importantly, we wanted a supercharger that would make plenty of jam, and do so reliably. 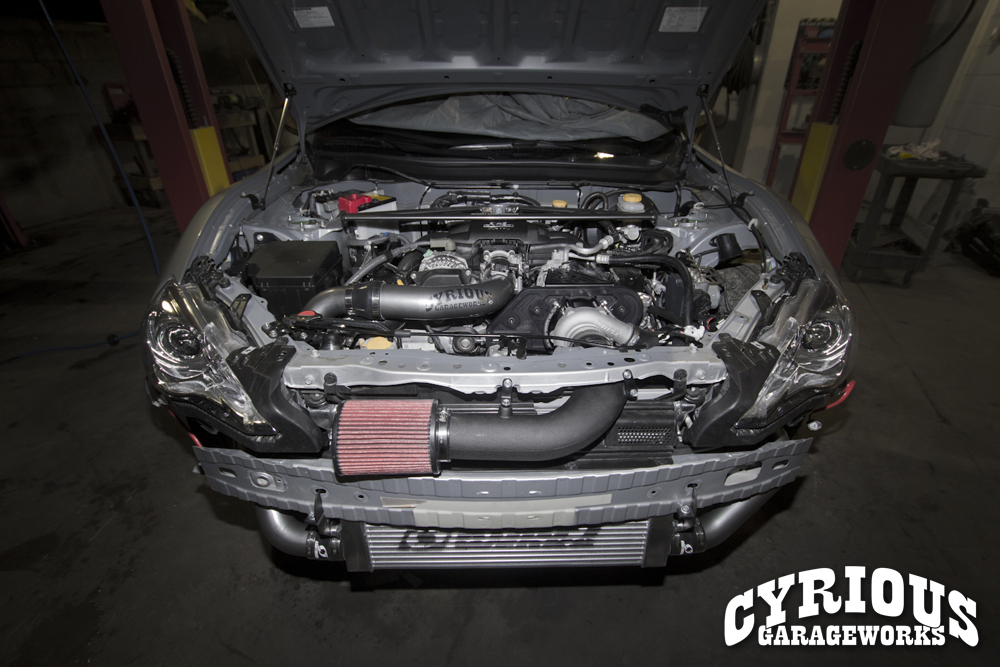 To the casual observer, there’s actually not much difference here from a stock FR-S other than the intercooler and intake, which can be credited to the somewhat low-key design employed by Kraftwerks. A more educated observer however, would probably be able to fairly easily tell exactly what’s going on here. As a testament to the good production quality by Kraftwerks, no cutting or fabrication was needed to get the supercharger kit installed on this car, which is a big plus for somebody who doesn’t necessarily want to start cutting up their still-new FR-S. 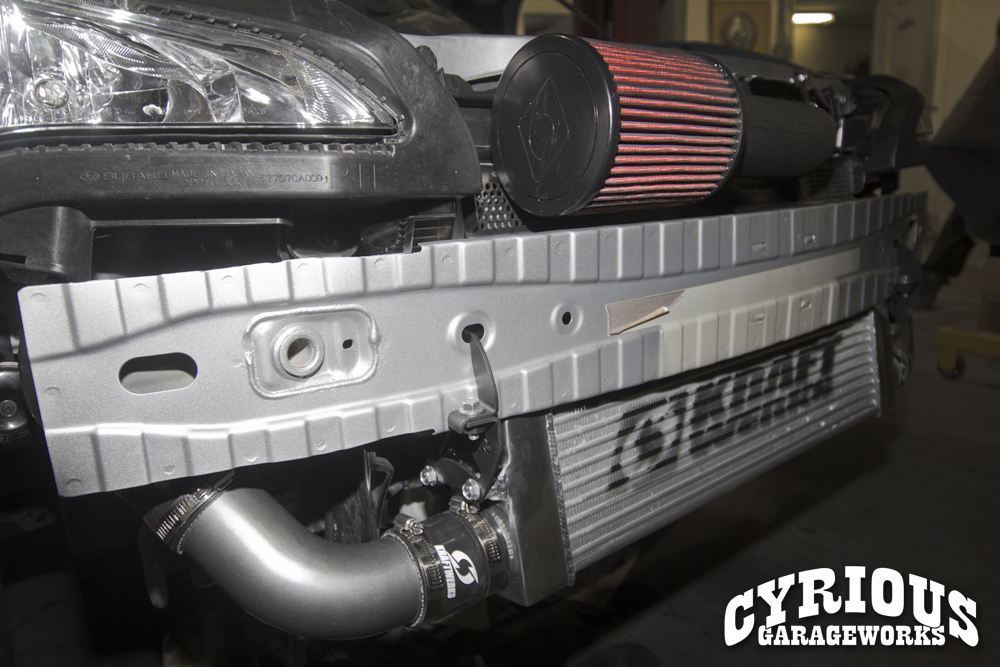 It’s pretty amazing to think that all this stuff fits under the front bumper without any kind of modification, but it’s true! Maybe the Toyota engineers designed it this way to allow for this kind of mod? One thing’s for sure, you’re certainly not gonna be able to stuff anything else in that area! 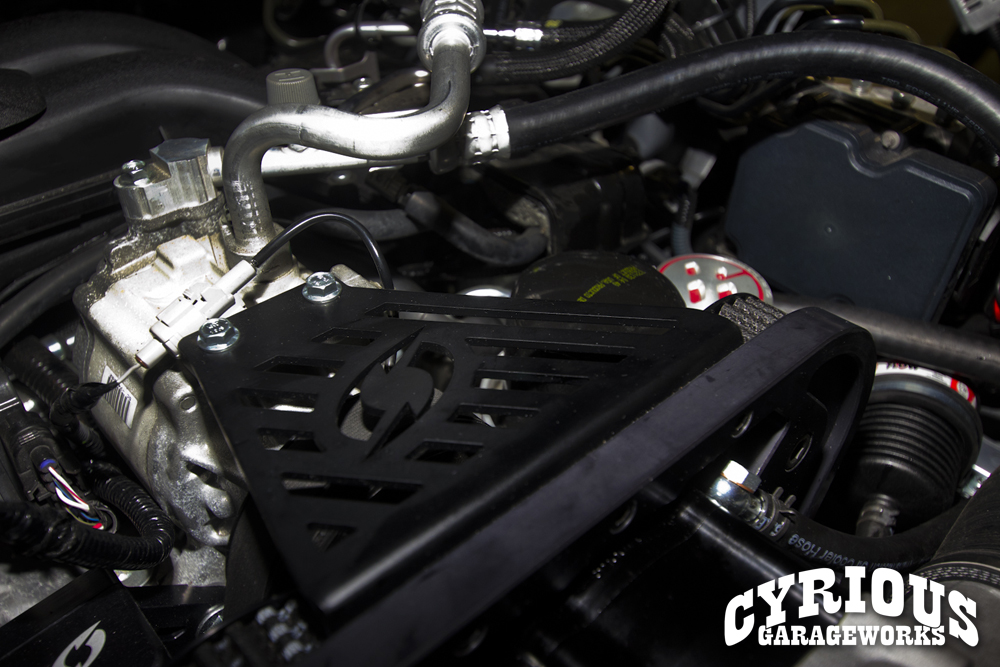 This bracket serves as both a really cool finishing piece as well as being the upper support bracket which attaches all of the hardware to the FA20 motor. 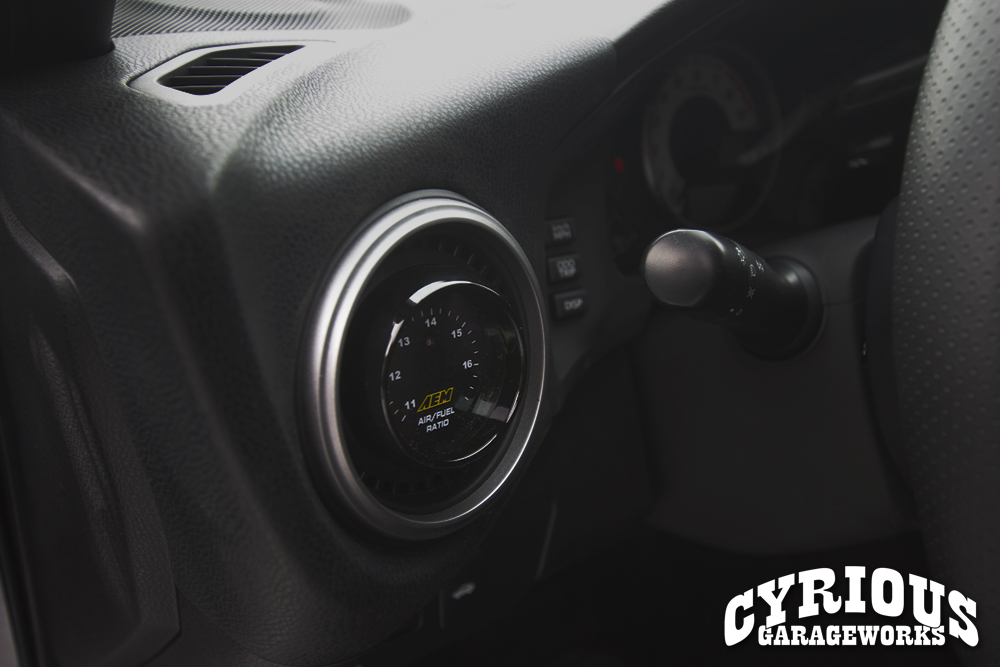 This neat little add-on made it a lot easier to get the AEM Air/Fuel gauge mounted up without having to drastically modify the dash. This is definitely ideal for someone who wants a discrete gauge location without cutting into things. 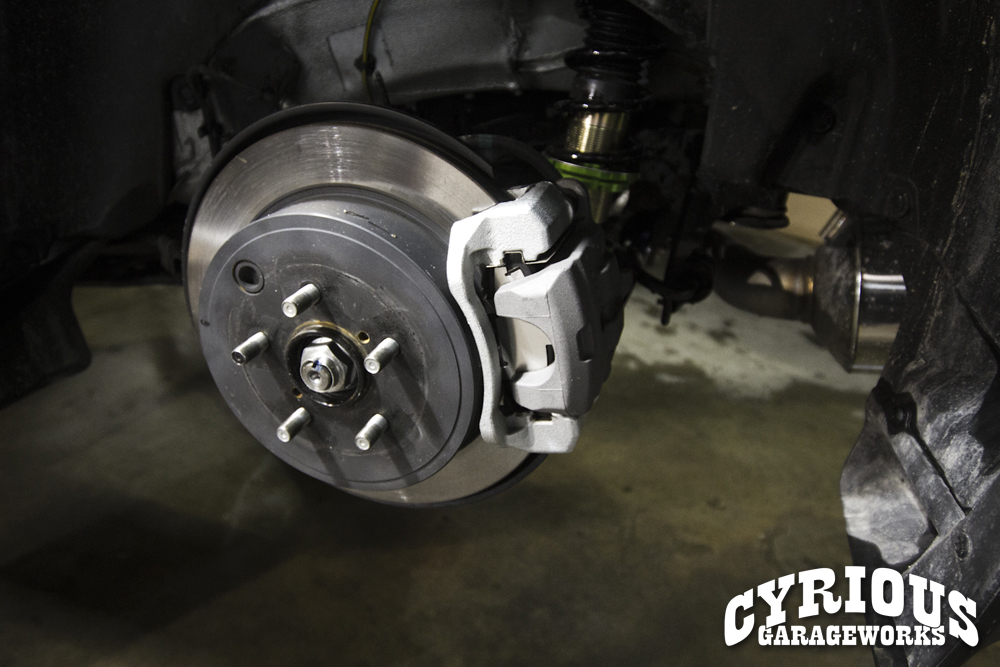 Along with the other things we’d done already, the brakes were in need of some attention. The stock brakes were somewhat ho-hum on this little sports car, so we changed a few things to get the brakes on par with the sportiness of the rest of the car. 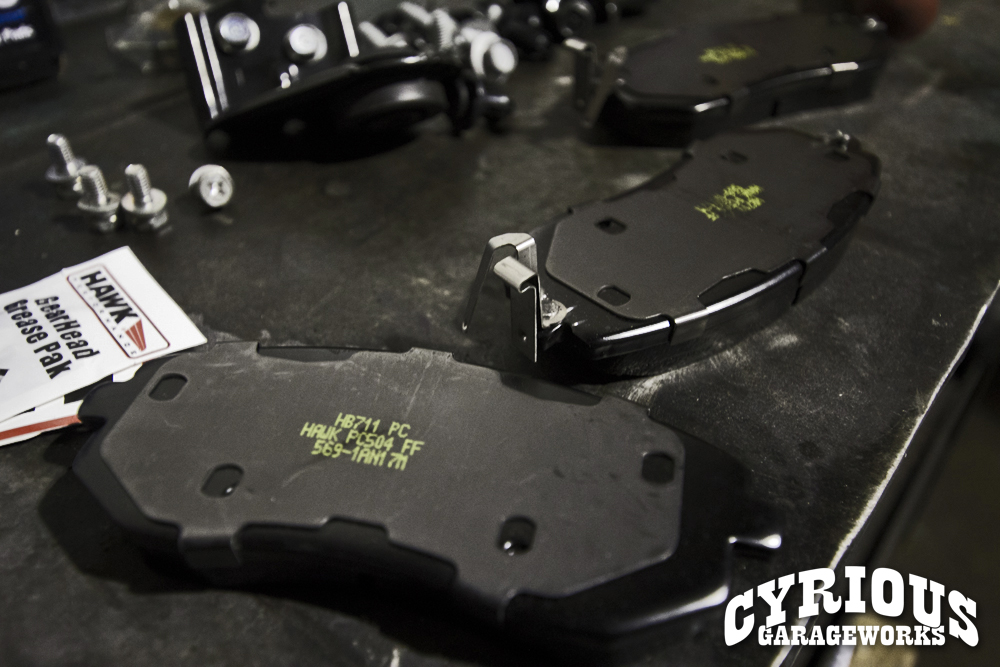 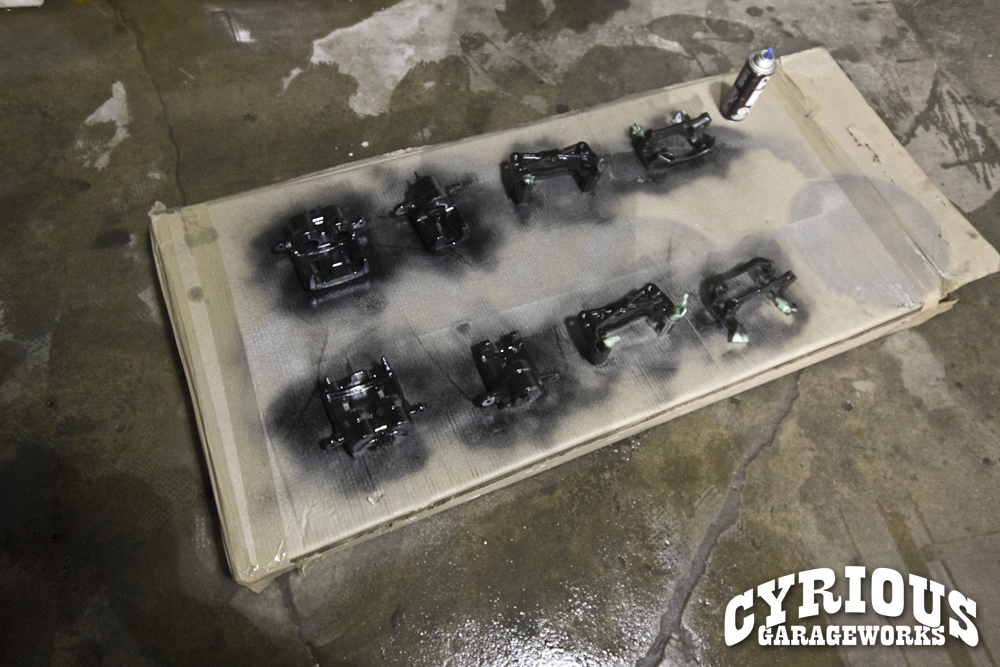 …and the calipers got freshened up with a couple coats of paint. 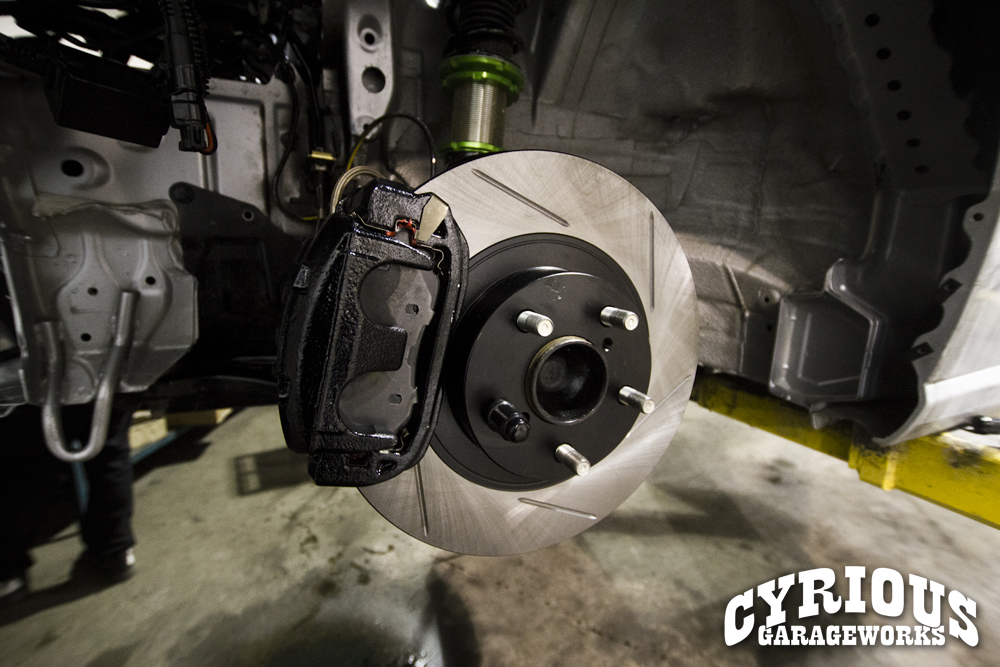 Last but not least, we replaced the old rotors with new, slotted rotors on all corners. Not only does it look better, but it stops more effectively as well! 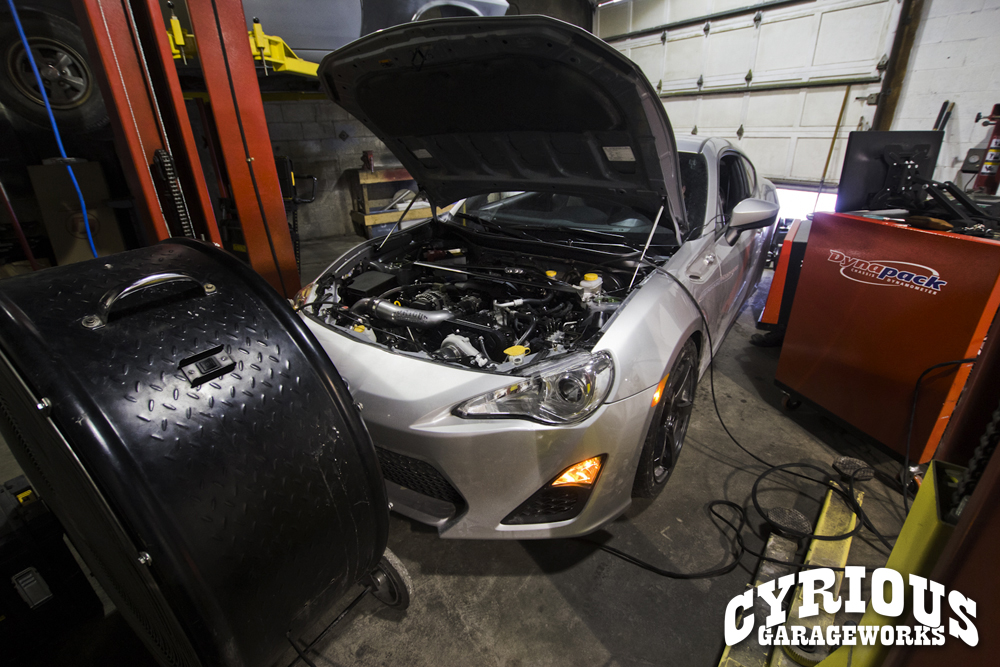 So when all was said and done, this car wound up coming in just under the 300whp mark! That’s up 100hp from stock, which is a pretty impressive gain for a bolt on supercharger and a tune!