The AE86, though a wonderfully fun car to drive, tends to sometimes have some little issues that hinder the enjoyment of one’s AE86 experience. Around these parts, a common one of those issues is rust. 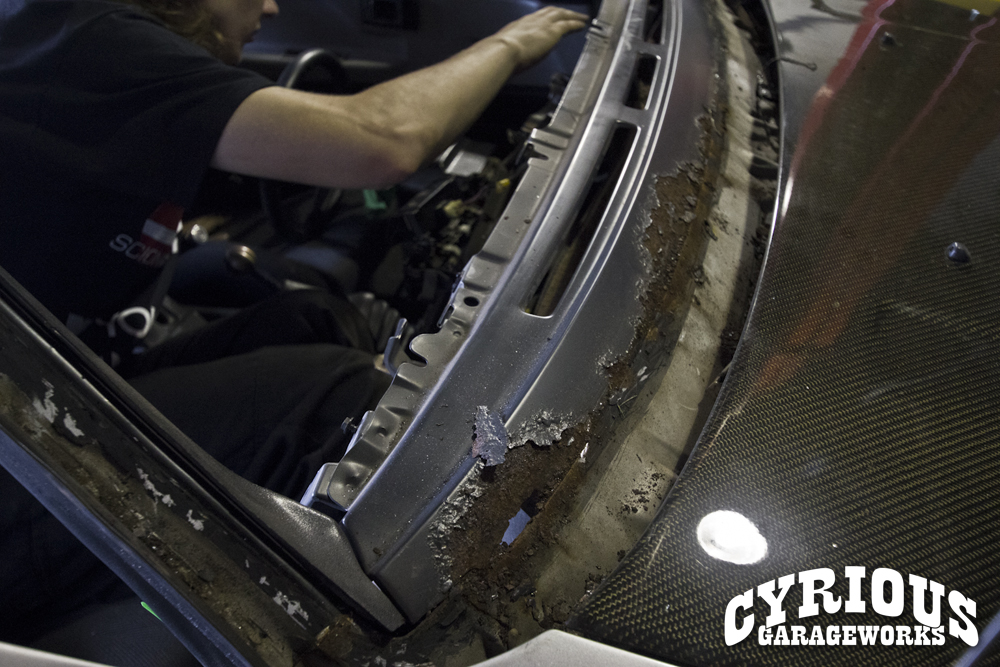 Rust can form just about anywhere on these cars, and for any number of reasons. The particular example being shown here is, as I’m sure you’ve noticed, a windshield frame. 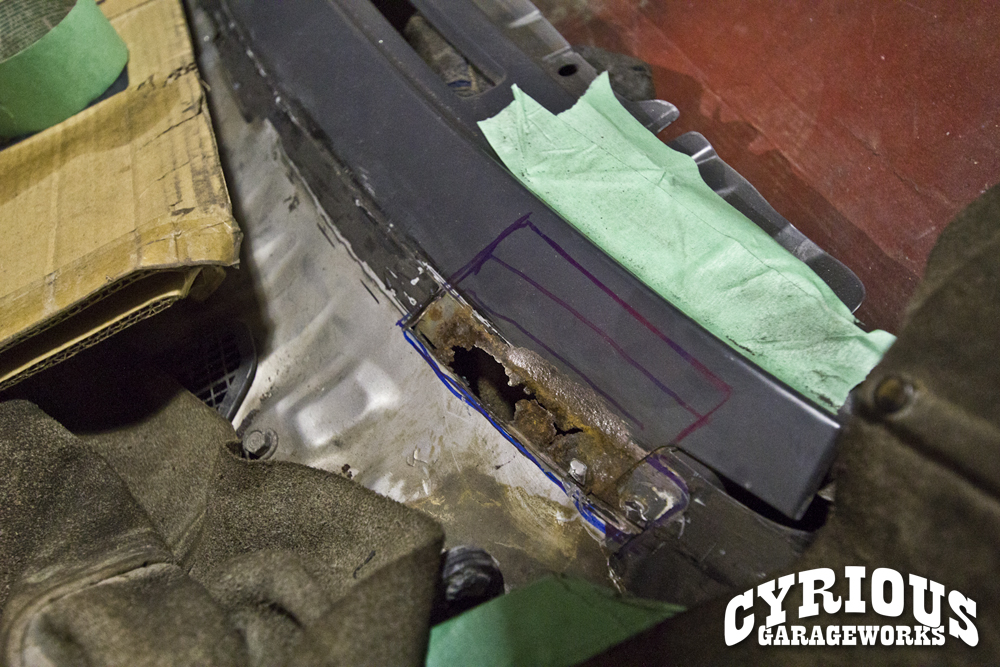 Rust under the windshield is most commonly a result of a less-than-awesome windshield installation. Combine that with seeing rain here and there and you’ve got a recipe for rust that can potentially lead to leaks further on down the road. 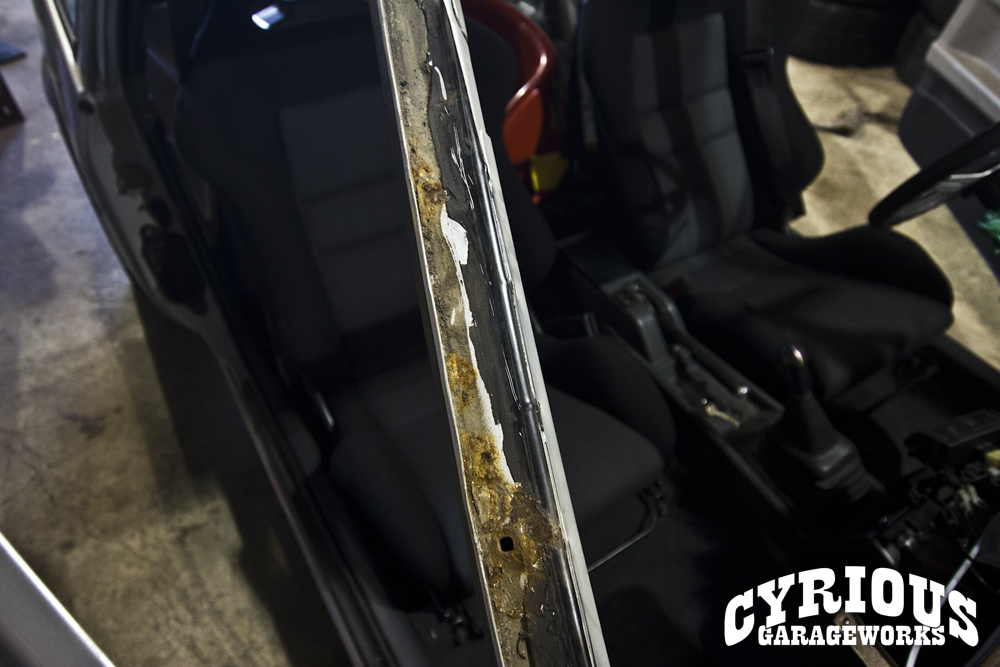 If left unchecked, damage like this can become a pretty significant problem. Replacing an entire windshield frame is no easy task, and isn’t something that anyone wants to do to their beloved machine. That being said, if you do get to it in time, there is plenty that can be done to get it fixed! 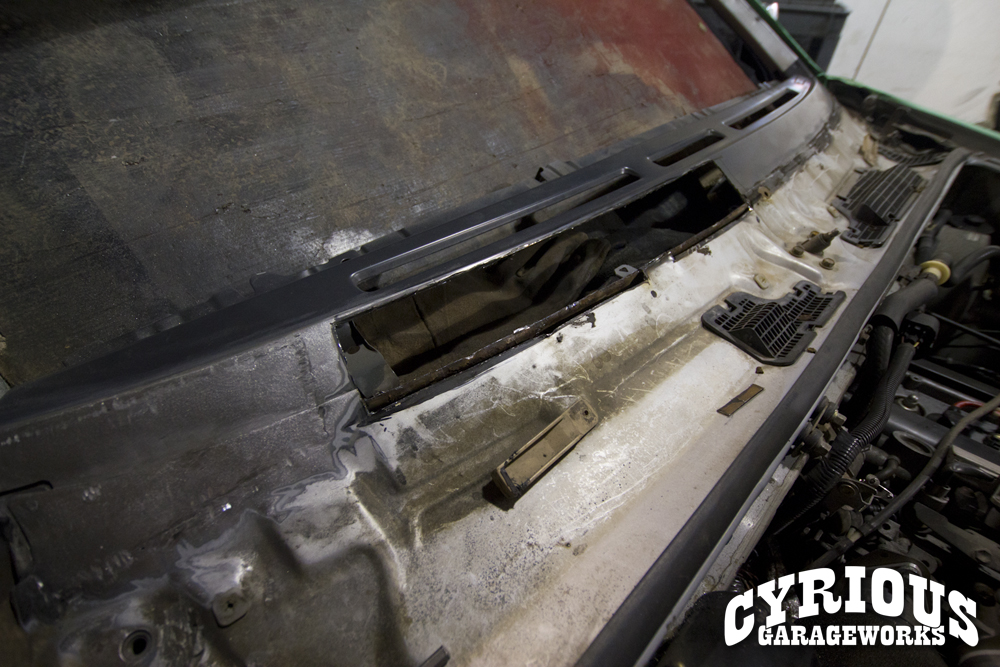 Repairing this kind of rust is not a job for the faint of heart. First and foremost, the old windshield has to come out, which by itself can be a somewhat daunting prospect for the regular enthusiast. The next part involves doing what you see here. All the rust has to be removed from the vehicle, without taking out so much metal that it loses its shape. 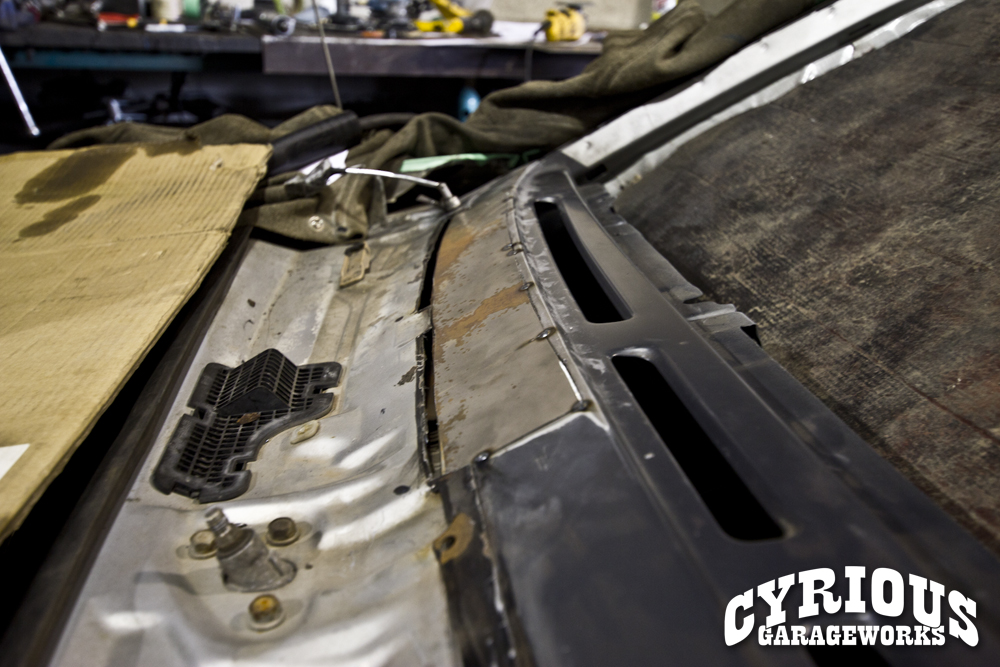 Next, a piece of metal is cut and formed to match the shape of the piece that it’s replacing, and is tacked into place. After that, the real welding begins! 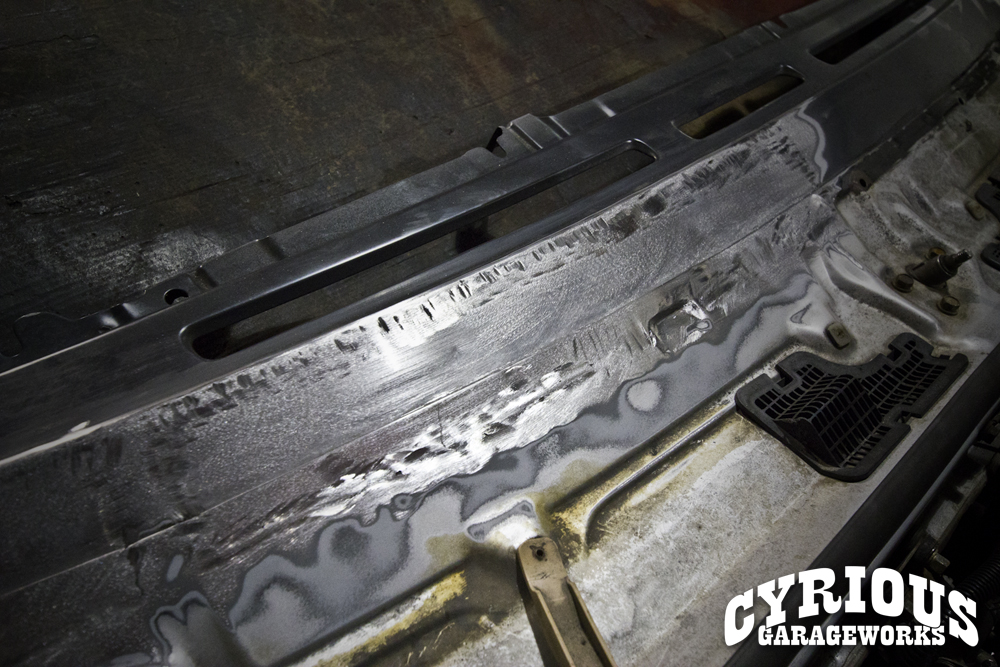 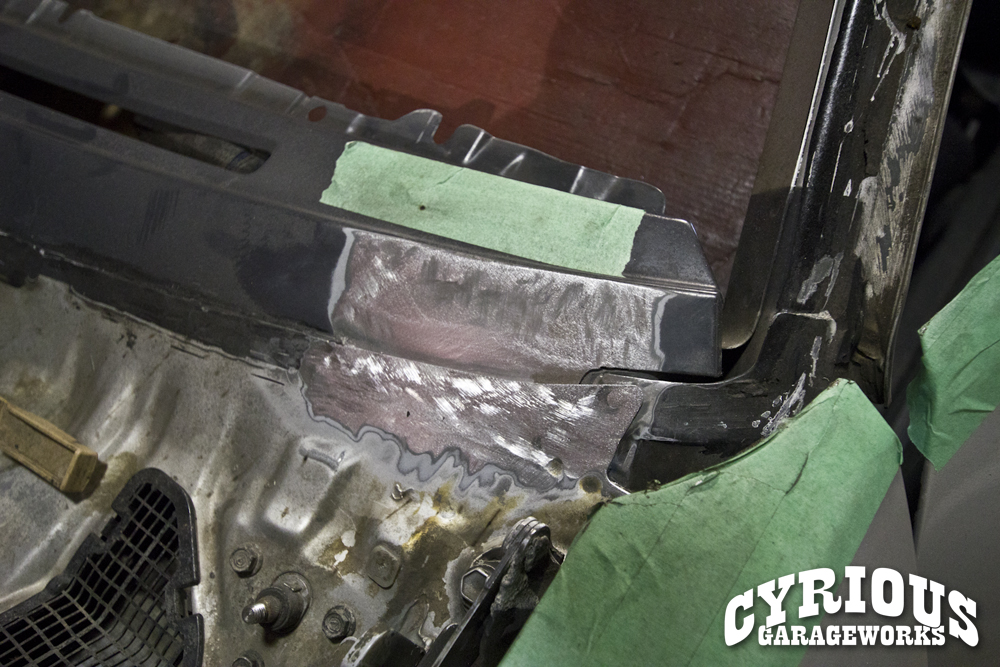 As with the last piece, much care is taken to insure that there is little evidence of the windshield frame ever having been repaired once everything is all painted. 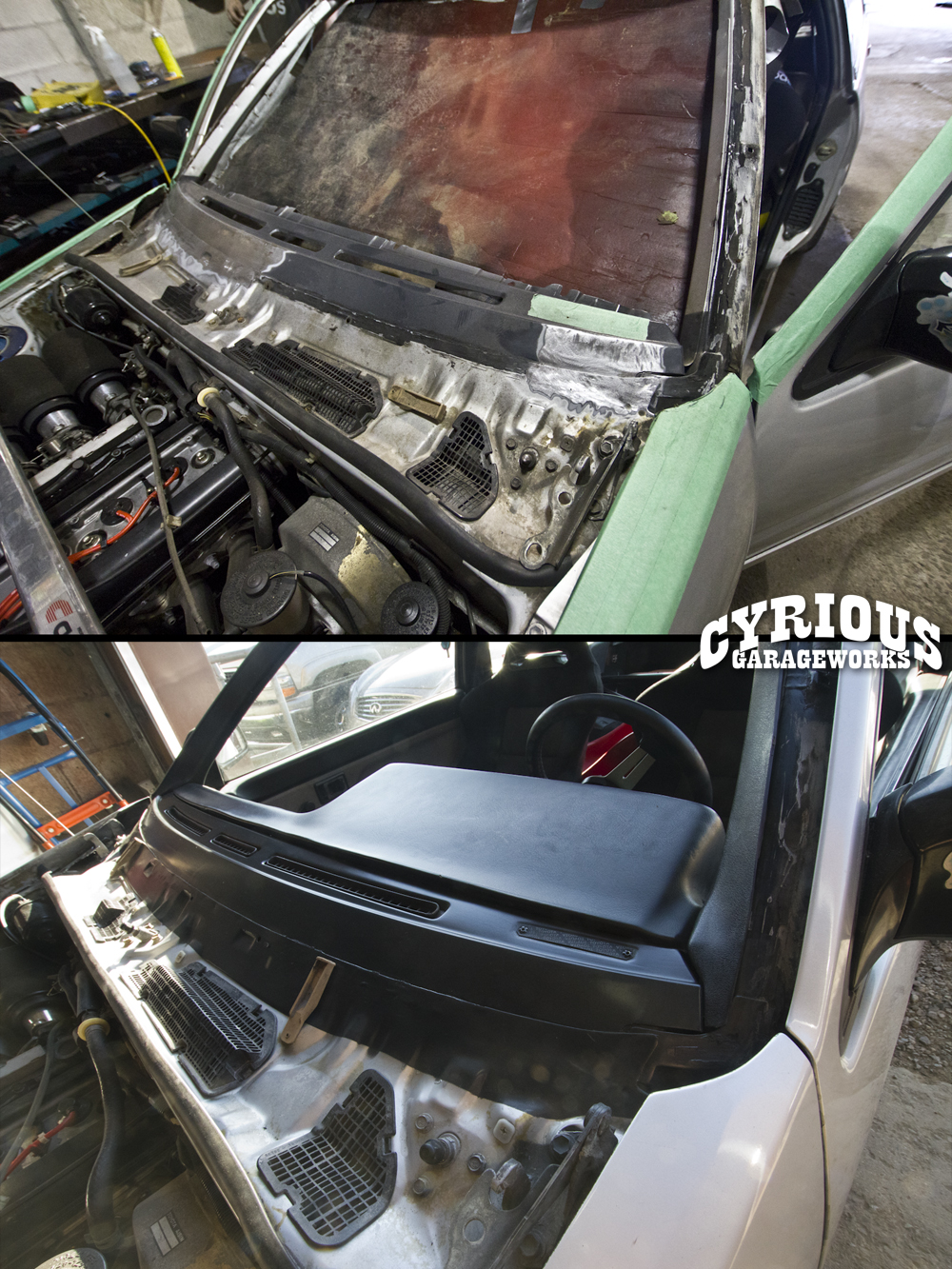 Once that’s complete, it’s a matter of getting the windshield installed. Always make sure to have your windshield installed by a specialist if you want the best chances of not seeing that rust come back! If you know someone who can do it really quick and really cheap, then think twice! And don’t forget, if you’re suffering from a similar problem, bring it in to Cyrious Garageworks before it gets out of hand! 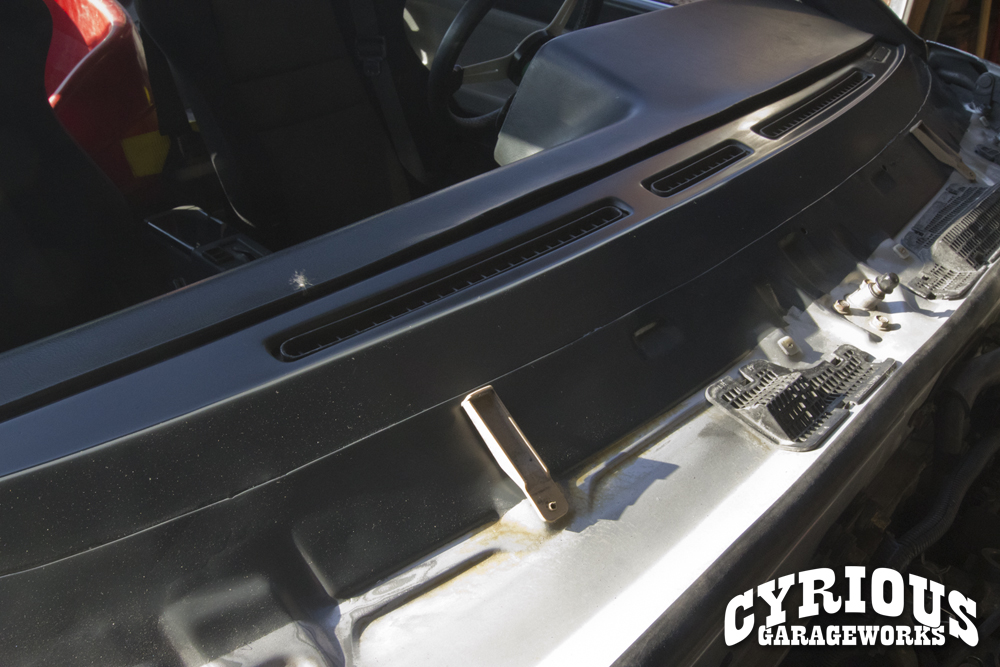 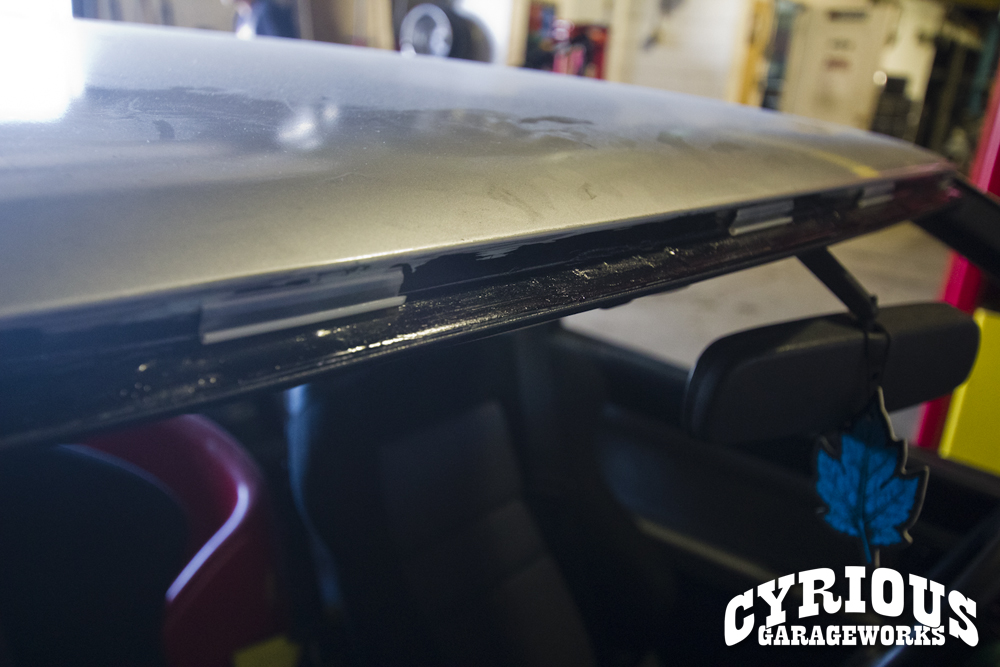 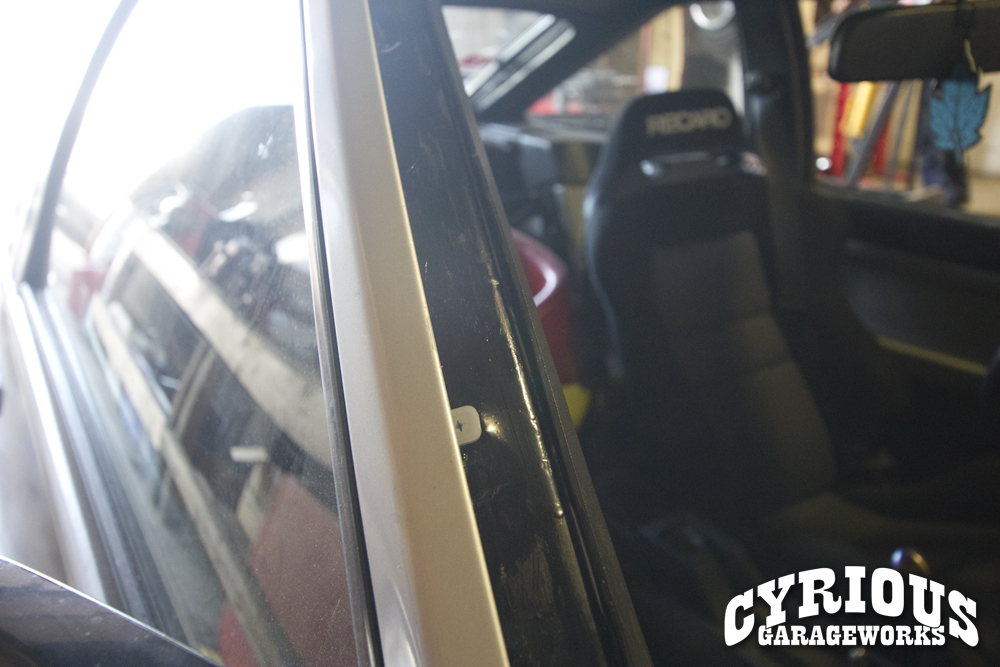