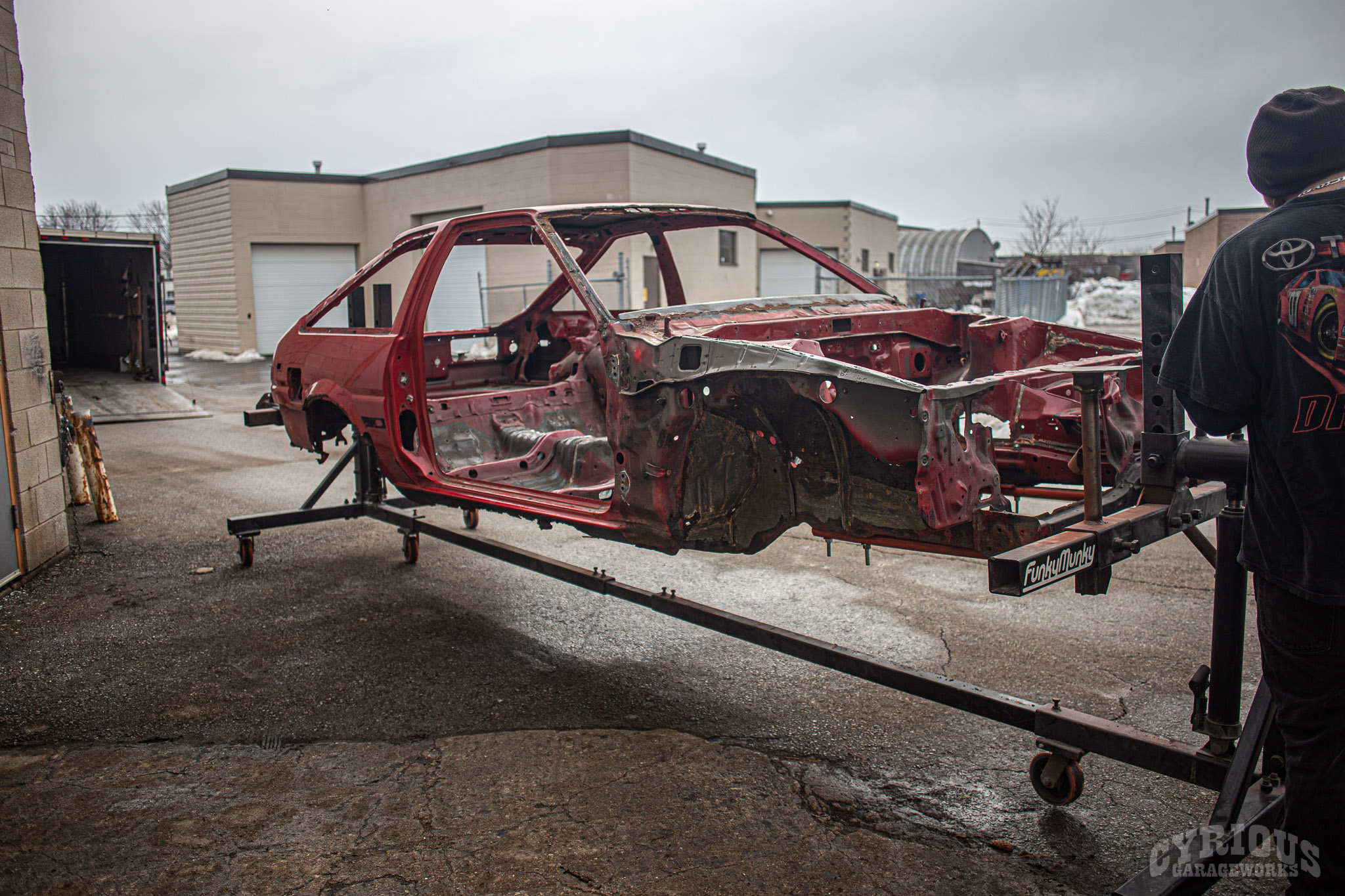 It has been a while since we’ve featured an AE86 restoration on the blog (the last one was the Project 86 build, which you should go look at if you haven’t already). This could be for a couple of reasons: in part because there are very few left around here at this point which haven’t already had work done to them….also in part because as the years go by and parts become more rare, doing a factory style restoration on one of these vehicles is becoming significantly more difficult.

That said, “difficult” does not mean “impossible”. That would actually be a pretty good descriptor for this AE86 restoration: “Difficult but not impossible”.

If you’ve never seen a totally rotten AE86, now is your opportunity. This vehicle was actually purchased brand new by the current owner and created lots of memories back in the day as a fun family car. Once it was time for retirement, this car moved up to the cottage for storage. Of course, as anybody with old Japanese cars should be well aware of, parking one of them in anything other than the most dry, climate controlled environment possible will inevitably end up disintegrating the car. We’re not exactly sure what the cottage storage looked like, but it was most assuredly neither dry, or climate controlled. This is easily one of the most rotten AE86s we have been asked to restore to date.

As you can see, it’s in pretty rough shape. Every single nut and bolt is seized, and every surface has varying levels of rust. The rockers are toast, and there’s more rot on that floor than is visible, since it’s hidden / being held together by undercoating.

In most cases, we would likely recommend the owner to strongly consider finding a new project to have fun with. Fixing this level of rust can get really expensive, and is generally not in the cards for most folks. It’s tough to put a price on sentimental value though, and this car was getting passed on to the next generation, so they wanted this one, and not another one. Of course, there’s always the option of just removing as much rot as possible and slapping some metal bits in for the “good enough” repair, which technically does the job but doesn’t insure longevity. That wasn’t the goal with this one though, they were wanting a factory style restoration, which means that all patch panels would have to be formed to match what would’ve been there before, just without the rust. Though it would be a challenge, we decided to see if we could bring this AE86 back from the dead.