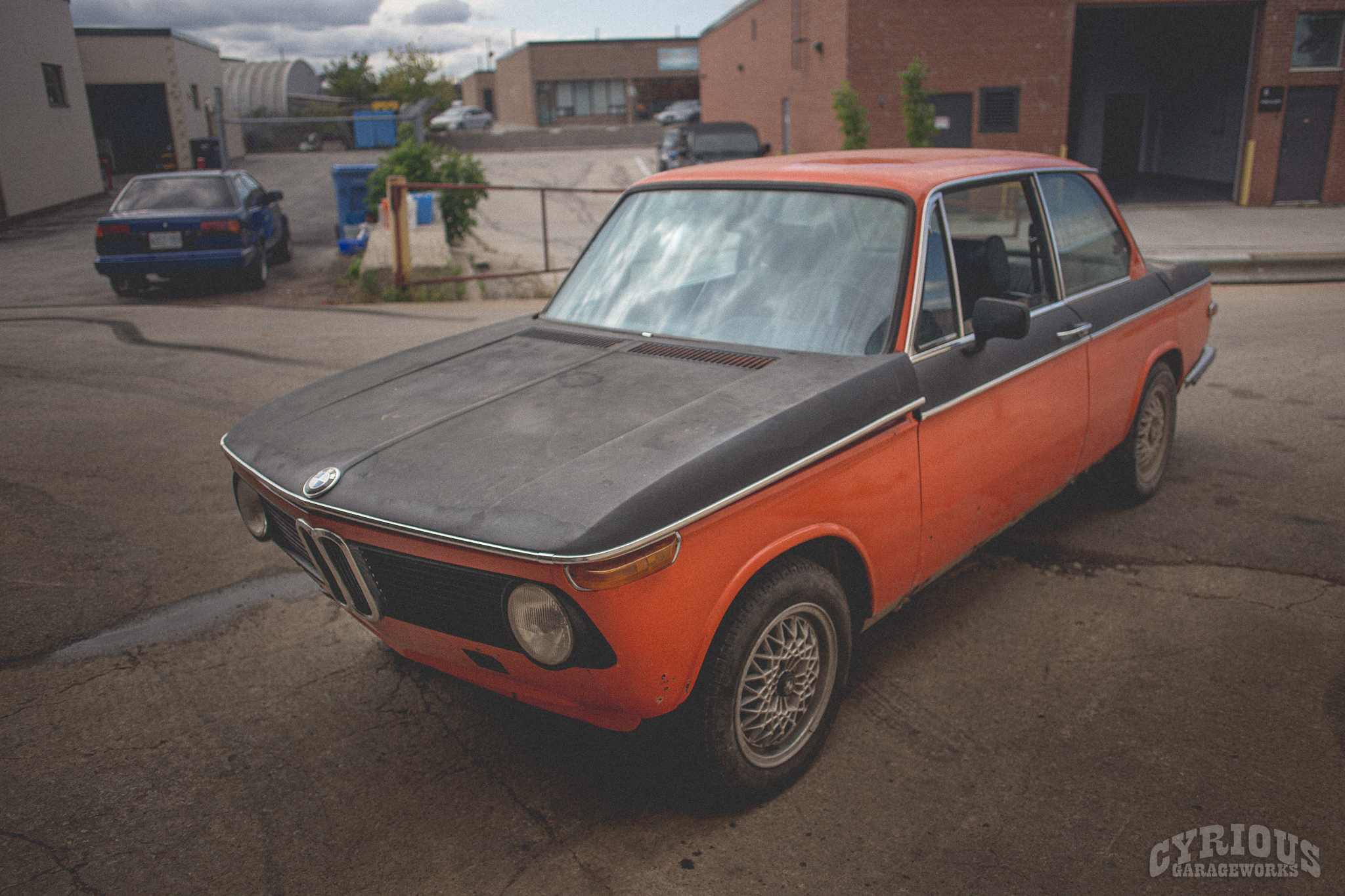 If you were to try to think of iconic BMWs, the 2002tii would probably rate pretty high on that list. Just about everybody recognizes them or has seen one at some point. Some may prefer the version with round tail lights, but BMW had both square and round over the years. Nonetheless, it serves as a great example of a classic car with the potential for some real fun.

Of course, there are certainly limitations from a mechanical standpoint if you’re looking to keep the original BMW power plant under the hood. Of course there are ways to make some serious jam with a carbureted 4-cyl engine, but it’s not something that promotes reliability, and could snowball into a crazy build pretty quickly. The goal here was to get some extra power, with a touch of modern reliability and not going nuts in terms of overbuilding the drivetrain. So, what can make decent power reliably, and do so without costing an arm and a leg? In our experience, the Honda F20C is a great candidate. In addition to the factors above, they are relatively light weight and compact (compared to, say, an SR20DET), and we have a fair bit of experience building them.

We can get to the drivetrain later though, this post will serve as an introduction to our donor car: a 1978 BMW 2002tii in Inka Orange. As classic cars from around here go, this one was maybe not the most rotten, but still has plenty of work to be done. Let’s have a bit of a closer look at what we’re getting in to here.

We’ll leave you with that for now, but keep your eyes peeled for the next instalment on this one where we will start really digging in to the metal work and get that drivetrain all mounted up!