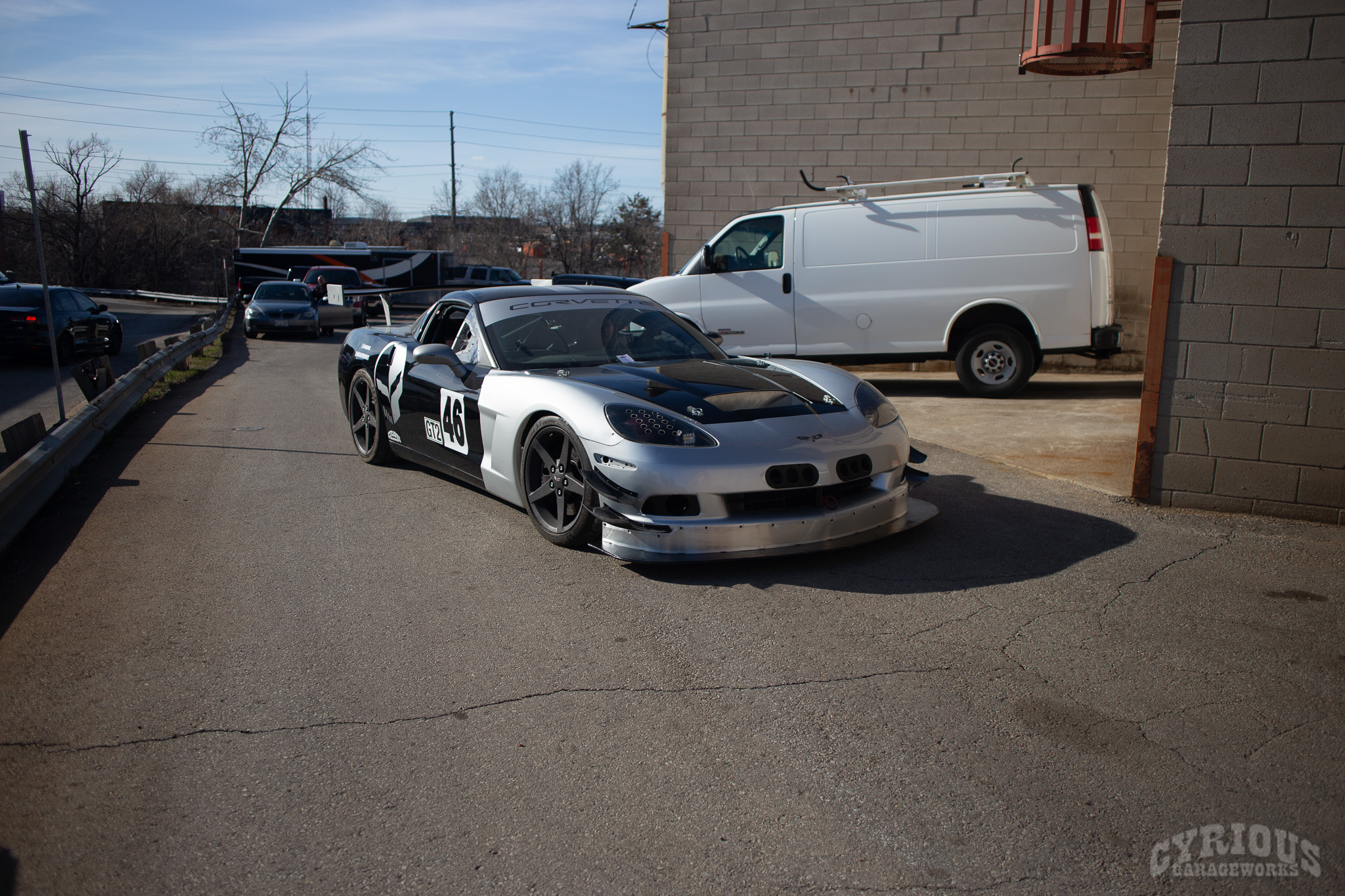 The Chevrolet Corvette has long been revered for its prowess both on the street and the track. Factory stock base model Corvettes will blow the doors off of many other street cars, and they look the part while doing it. For almost as long as they’ve been producing Corvettes, they’ve been racing ’em. Three C-1 Corvette’s were entered in Le Mans in 1960, and purpose built chassis started appearing in the late 90s with the release of the C5-R. Where does Cyrious Garageworks fit in to all of this history? We were approached by Manzar Motorsports to convert a bone stock C6 into a GT race car, and it has been quite the adventure! This build actually started at the old shop, and has had a few evolutions since then. We’ll take you through as much as we can, as some of the earliest pictures were unfortunately lost.

The vehicle came to us as a bone stock street car. The first evolution of this car entailed a dry sump conversion, roll cage, and a few other bits to get the vehicle ready for door-to-door racing.

Unfortunately, crashes are inevitable when you are involved in door to door racing. The Corvette was crashed at Mosport, and we were tasked with straightening things out, and getting it ready for another season of racing.

Looks pretty complete, right? Wrong! A real race car is never complete. At least, not entirely…there is always that next upgrade, or another change to be made. This race car is no different!

It has been a long adventure with the Manzar Motorsports C6, and it is still going! We’ll just have to wait and see what the next evolution will be!