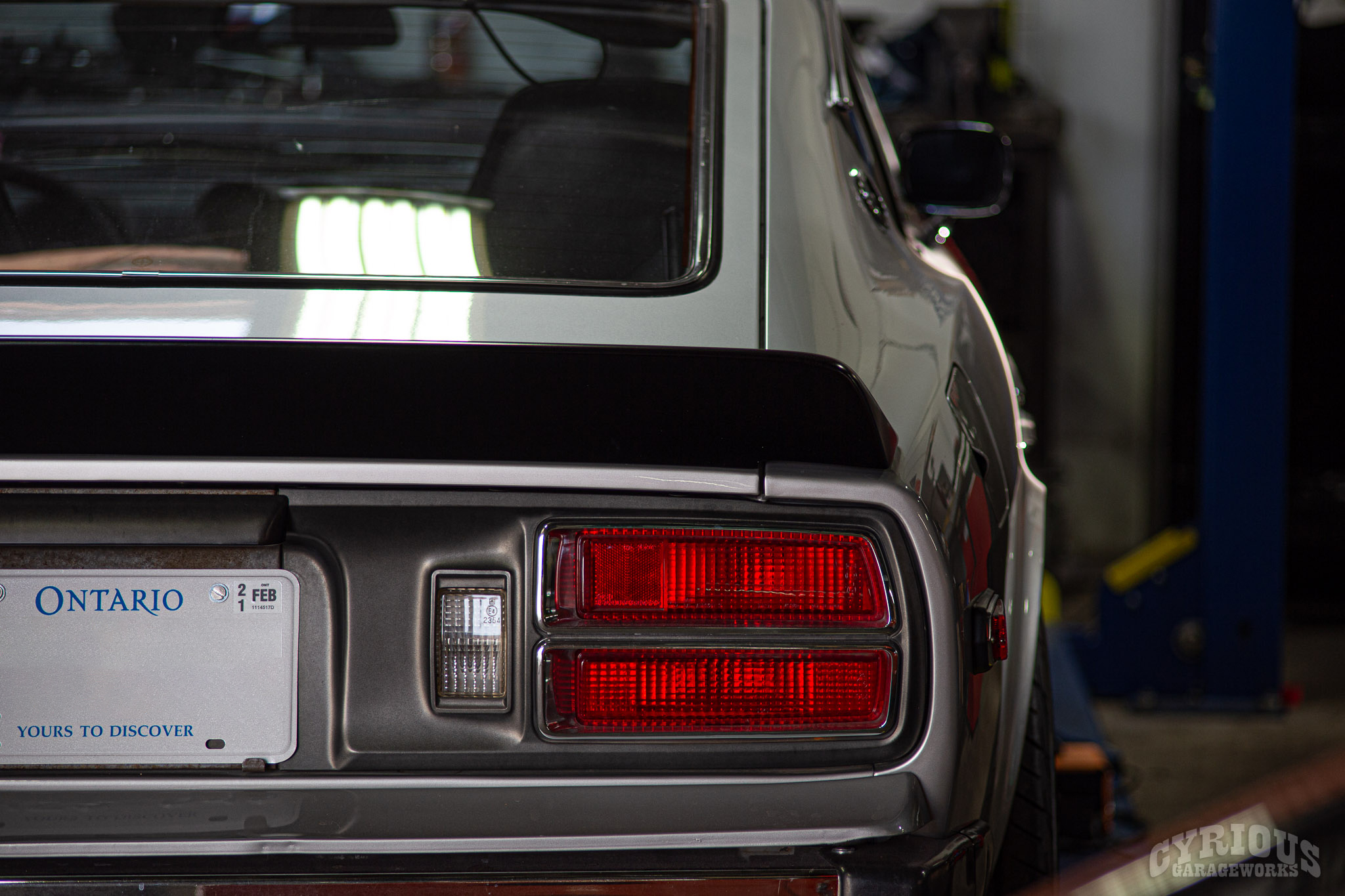 It seems that over the years we’ve developed something of a reputation for doing some pretty crazy, wild stuff. It’s almost refreshing to be presented with an opportunity to take a classic car that’s already in pretty good shape, and tidy it up a bit to make for a nice and clean little cruiser. Mind you, this is Cyrious Garageworks after all, it wouldn’t be proper if we didn’t hit it with something unique. This time around we’re moving a bit further down the line of Datsun Z cars, with a very clean Datsun 280z going under the knife.

Some classic cars can be deceiving in that they look clean on the outside, but are actually hiding some pretty serious issues underneath layers of bondo, or hidden under carpets on the floor. Fortunately, this was not one of those cars.

This particular 280Z spent most of its life to this point in British Columbia, and appears to have been well looked after. In addition to that, the car was thoroughly oil sprayed, most likely on an annual basis. As much as the oil spray tends to make things look very messy, it did wonders in keeping this car in a really clean, original condition!

This car won’t ever be seeing salty roads for the rest of its life, so the oil spray is not really needed any longer. And really, it looks pretty awful. It’s about time we reveal the shiny clean metal that was being so carefully protected!

Along with that, something needed to be done about those silly bumpers which take away so much from what is an otherwise great looking car. Really, it’s not a Cyrious build if we don’t modify something. Along with that will be a few other odds and ends that will really rejuvenate this old 280Z!