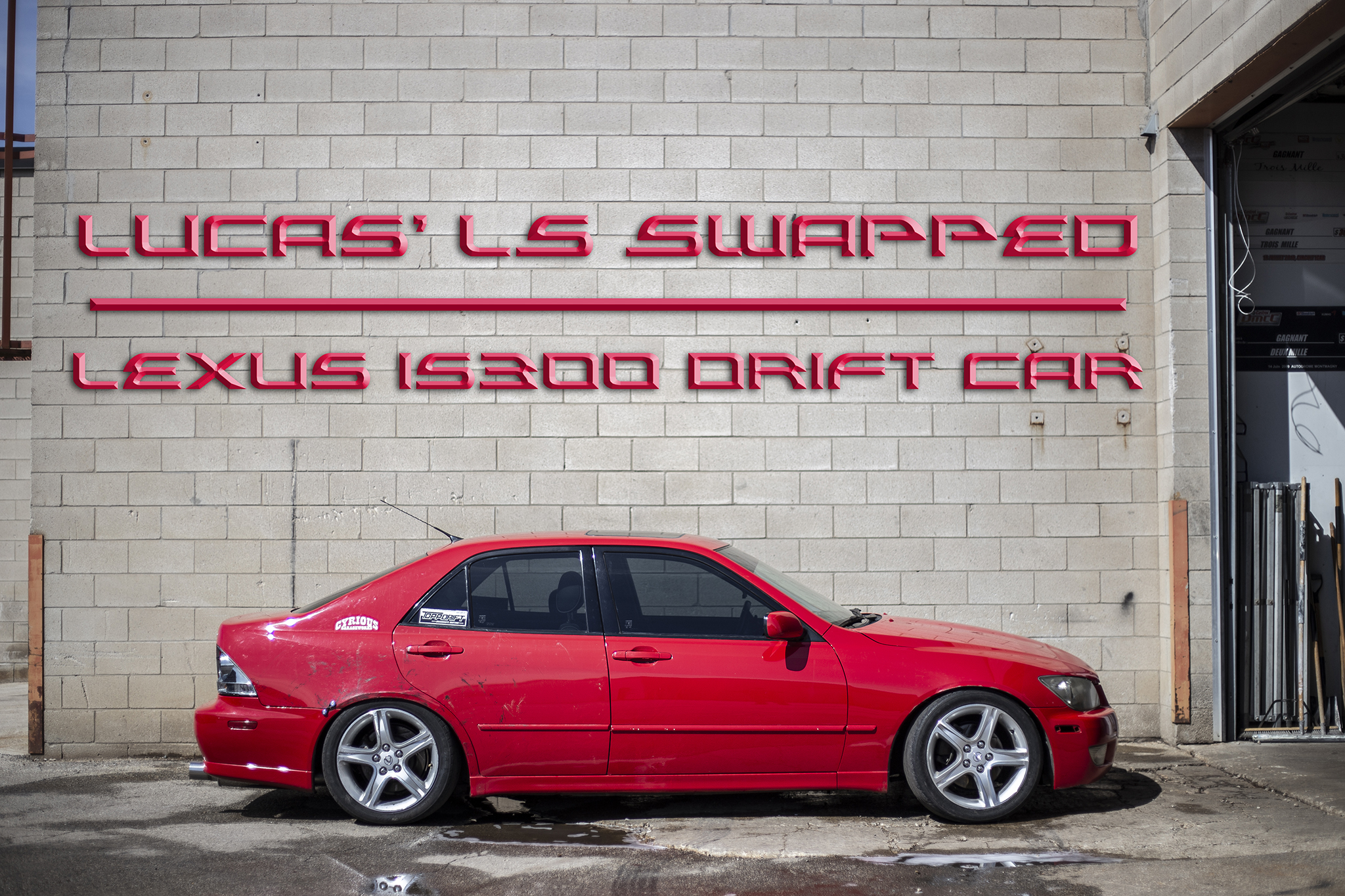 The LS Everything crowd will be happy to see another LS swapped vehicle roll out of the doors of Cyrious Garageworks! Sometimes stock just ain’t enough!

The IS300 is a great candidate for a drift car, as has been proven over the years with some spectacular pro cars. There aren’t a plethora of LS swapped IS300’s out there, but it’s not entirely uncommon either. Let’s take a closer look!

Our donor engine was a very well used LS1. Nothing that a little TLC can’t fix! We’ll fast forward through the boring stuff, and show you the result!

As we mentioned above, there’s not a whole lot of space under the hood of the IS, considering that they stuffed a 2JZ in there. Fortunately, there is just enough space to prevent it from being a serious problem.

Some of the stock electronics were kept, to make sure running lights and things of that nature continued to work with factory switches.

There you have it! LS all the things! Check out Lucas’ YouTube channel to see this thing rip!