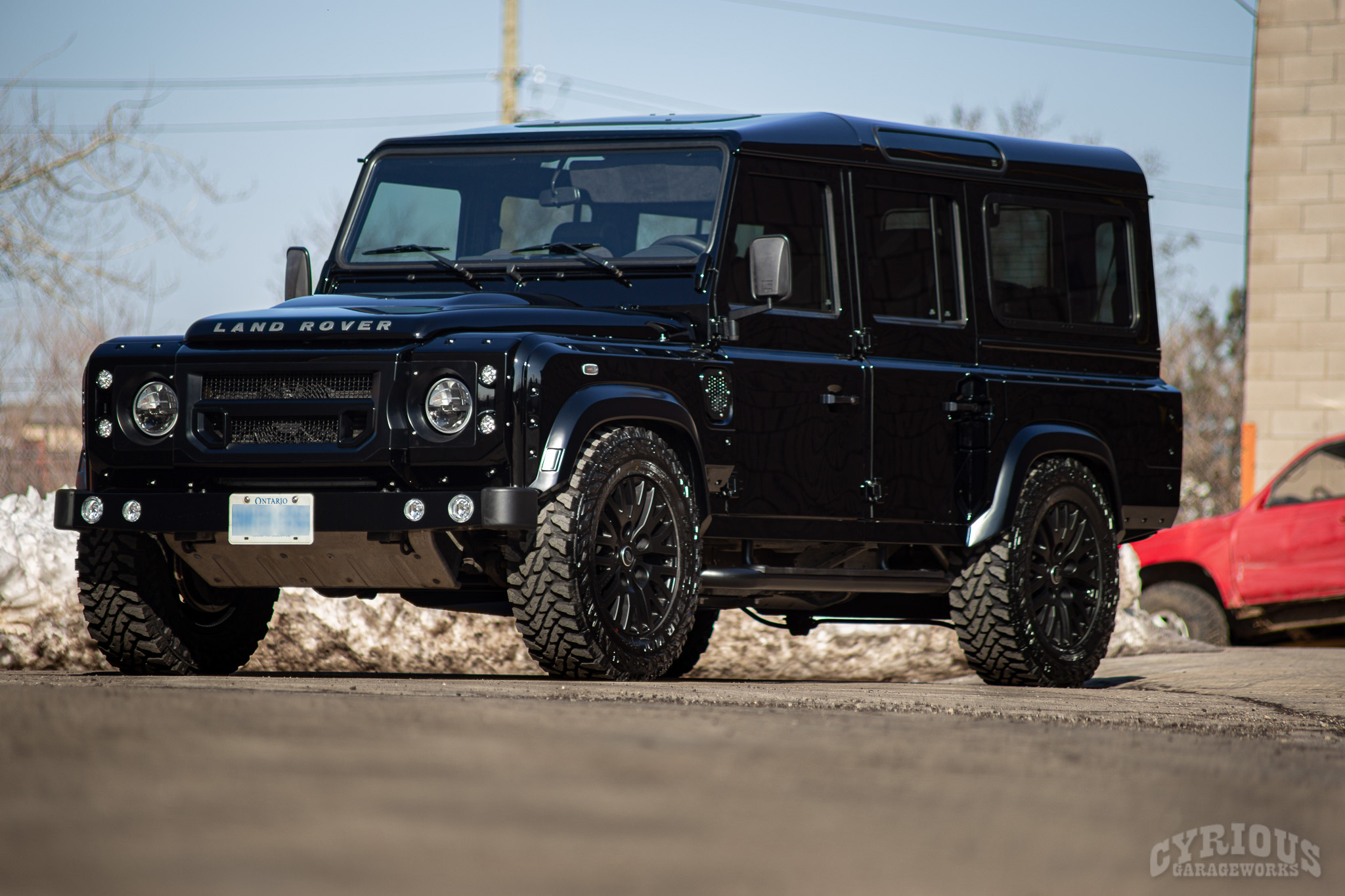 Whether you’re from the US or Canada, we don’t tend to see very many Land Rover Defenders on this side of the pond. As popular as they are over in Europe, they are a bit more of a rarity here in North America. Every now and then, however, you may stumble upon one of these gems and marvel at it’s practical, rugged beauty. If you were lucky enough to spot this particular Land Rover Defender 110 in the streets though, you would immediately know that this rare vehicle was truly one of a kind.

We were approached with a proposition to build a fully customized Land Rover Defender 110. Our first order of business, of course, was to swap out the less-than-exciting TD5 diesel engine for a slightly more peppy supercharged LSA crate engine. Yeah that’s right. The same powerplant behind CTS-V Cadillacs and ZR1 Camaros would now be under the hood of this Defender.

That wouldn’t make for a fully customized Land Rover though, and we all know it. The wild engine swap was accompanied by a full widebody kit from Kahn Designs, as well as wheels also from Kahn Designs, billet hardware used for just about everything, and a full custom interior. Toss in a very cool air ride system from Accuair, and top it off with a fresh coat of glossy Glasurit black, and it’s the total package! Not only do you have a Land Rover Defender fully capable of some aggressive offroading, but also able to clean up and prowl the downtown strip (and even fit in those pesky downtown garages)!

There’s the backstory, let’s get to those build pics!!!