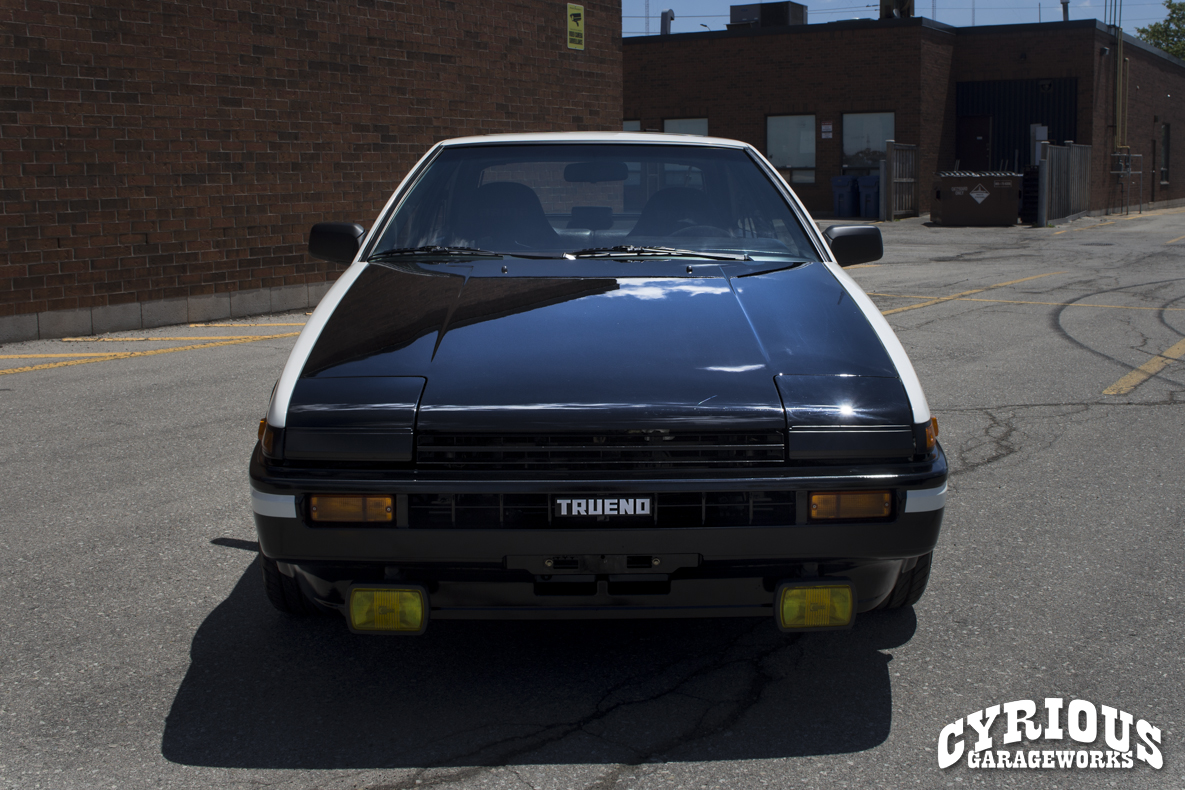 Restorations are not to be taken lightly. It’s sometimes argued that a restored car isn’t a “show car” by regular standards, because the end product is maybe something that looks closer to factory original than “heavily modified”. Restoring a car to look exactly like something out of a comic book is another story altogether. Long story short, we were approached to replicate the Initial D Fujiwara Tofu Shop AE86 as faithfully as we could, so we accepted.

Meet the project donor: a 1987 Toyota Corolla GTS! Some of the people reading this are probably frowning because the Initial D replica is a 1985 Toyota Sprinter Trueno. Don’t worry, we know! We’ll touch on that a bit later. Let’s just have a look at this beautiful specimen of an AE86 first. As you can see, the body is mostly clean. A little bit of bodywork is necessary, but certainly nowhere near as much as your standard Ontario AE86. Underneath is impeccably clean however, due to the previous owner meticulously spraying the car down with oil on an annual basis. It did make a bit of a mess that needed to be cleaned up, and maybe doesn’t look very pretty in that picture, but the results speak for themselves. An perfect example of the immaculate condition underneath the car is that we were able to use the factory original brake lines. It was that clean. Also, this car was originally a car with factory Air Conditioning, so it was decided that we would keep that in there for good measure.

With a build of this scope, finding parts is half the battle! Not only were we making the car into what is basically a 1985 AE86, it was also being converted from a USDM Toyota Corolla into a JDM Toyota Sprinter Trueno! Lots of rare, hard to find stuff went in to making this car as true to the comic as we could!