Over the years here at Cyrious Garageworks, we’ve been known to work on a wide variety of vehicles.  With that, however, there tend to be some that we see more than others. Plenty of AE86s of course, FR-S/BRZ/86s, and a few 240z’s and 350z’s. Right up there with those, however, we’ve also had a few Mazda rotary powered machines come through our door. We’ve seen a few FC RX-7’s (including one that we restored), as well as a couple of FD RX-7‘s and of course the turbo 3-rotor FB RX-7. Time to add another one to the rotary-powered list, as we recently had a twin rotor RX-3 in the shop owned by Motoring TV’s Russ Bond. 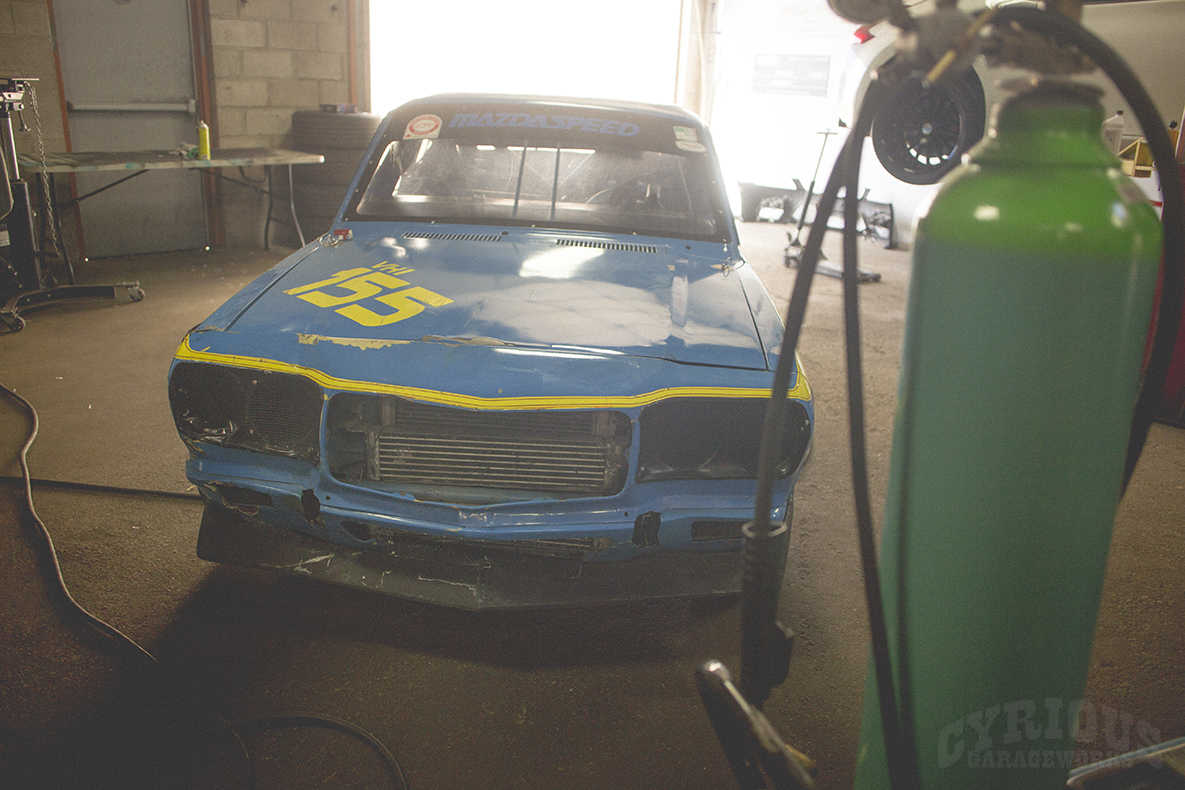 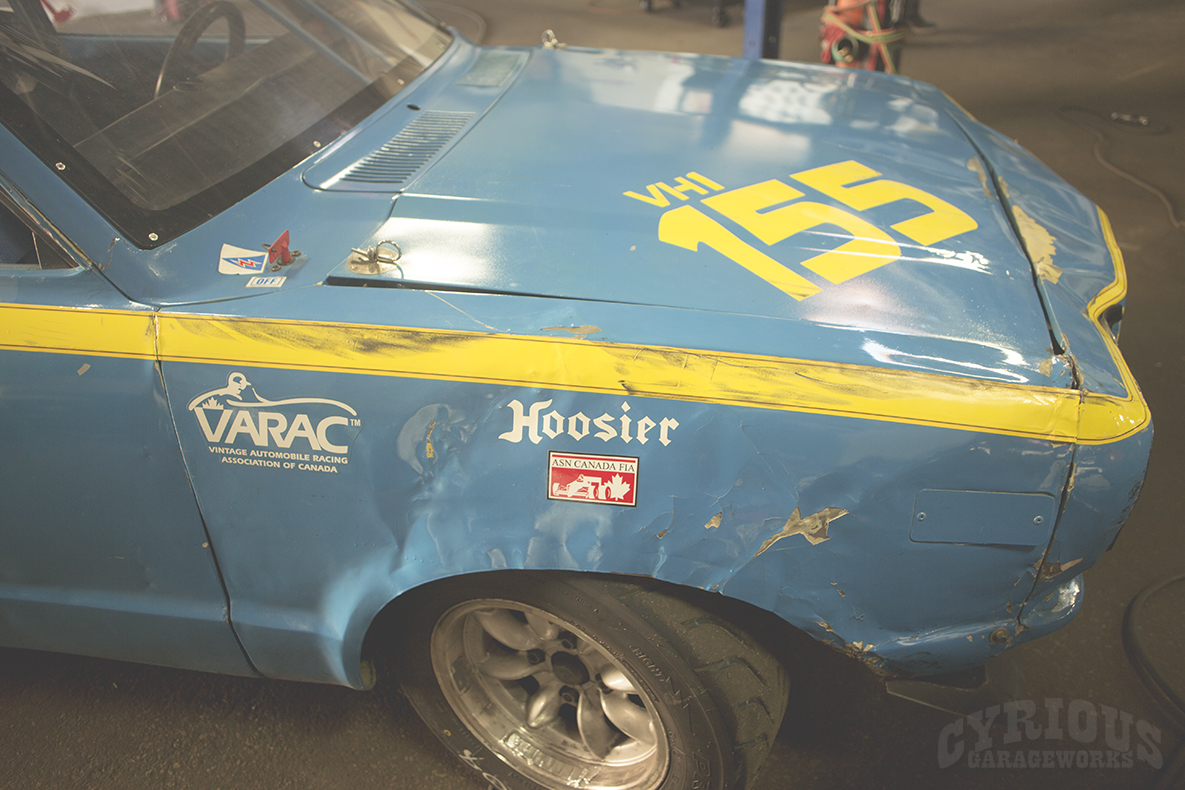 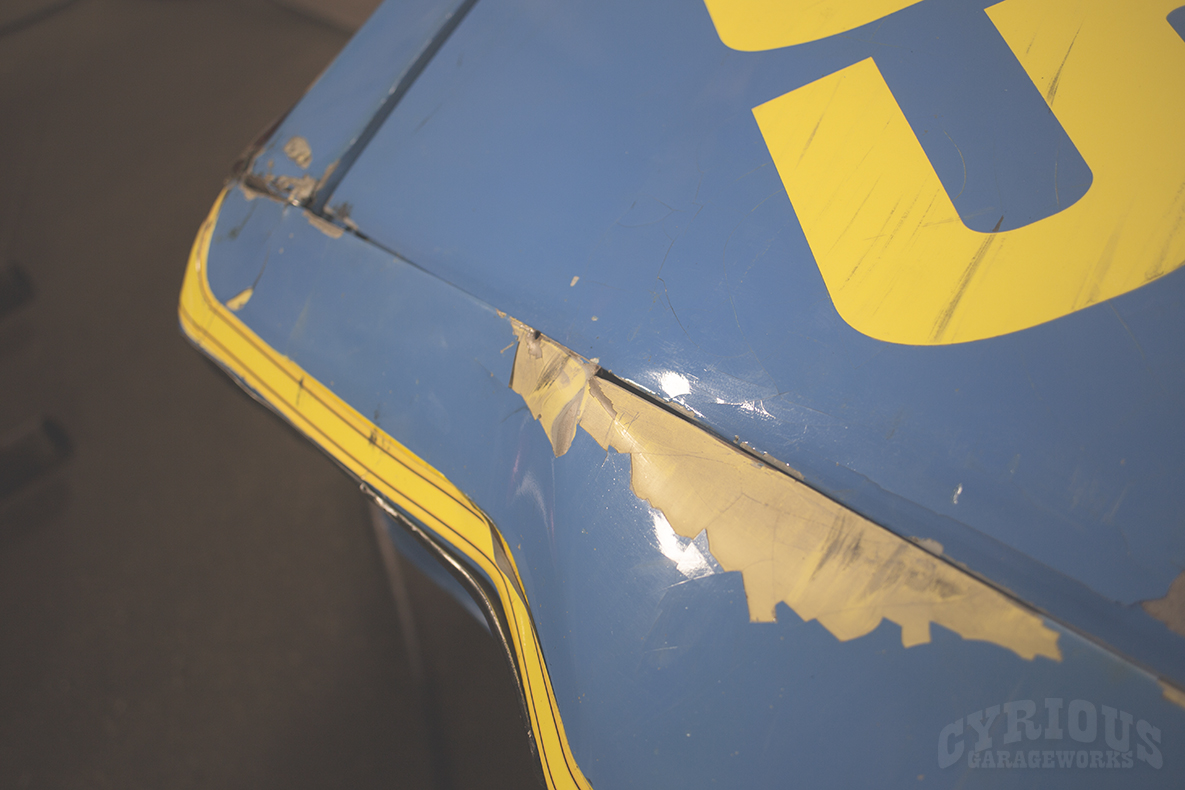 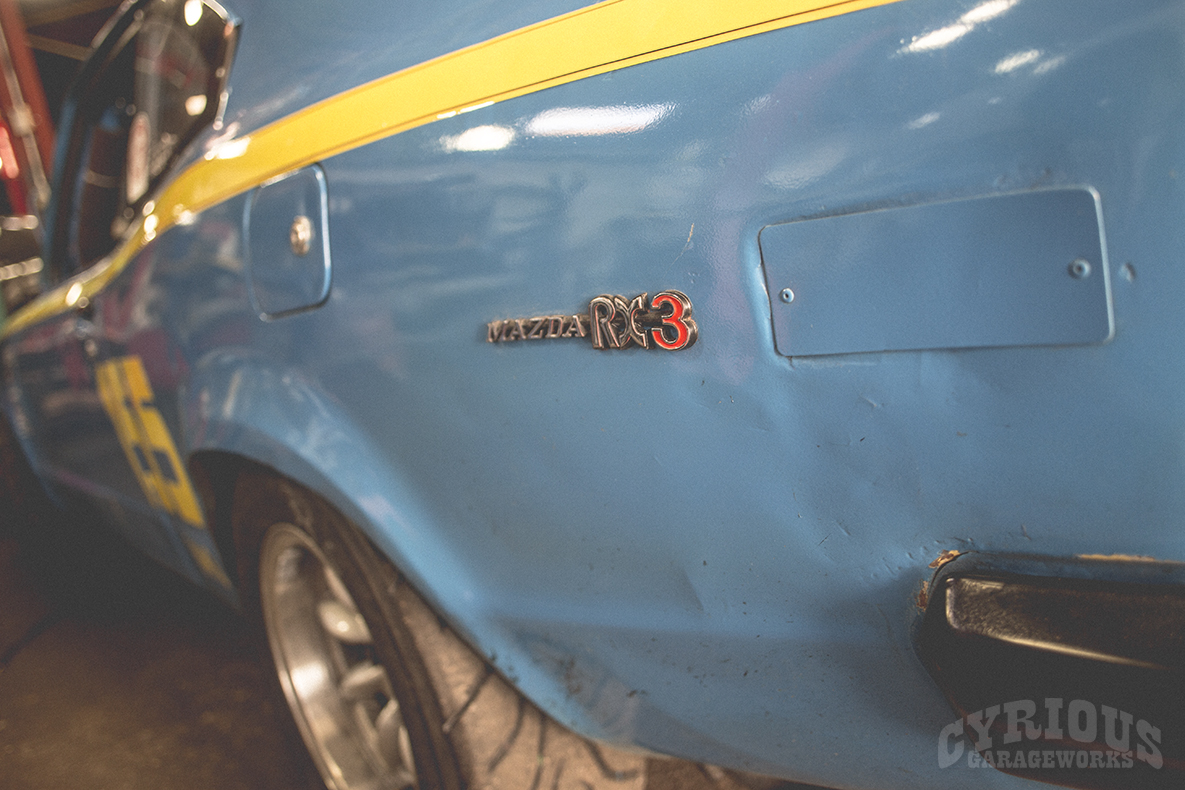 Russ’ RX-3 has been put to work in its fair share of door-to-door races, and it has the battle scars to prove it. Plenty of bumps and bruises throughout the body of the car, as well as a pretty good bash in the front. Our task was to get it all straightened out and freshened up for the next season of racing! 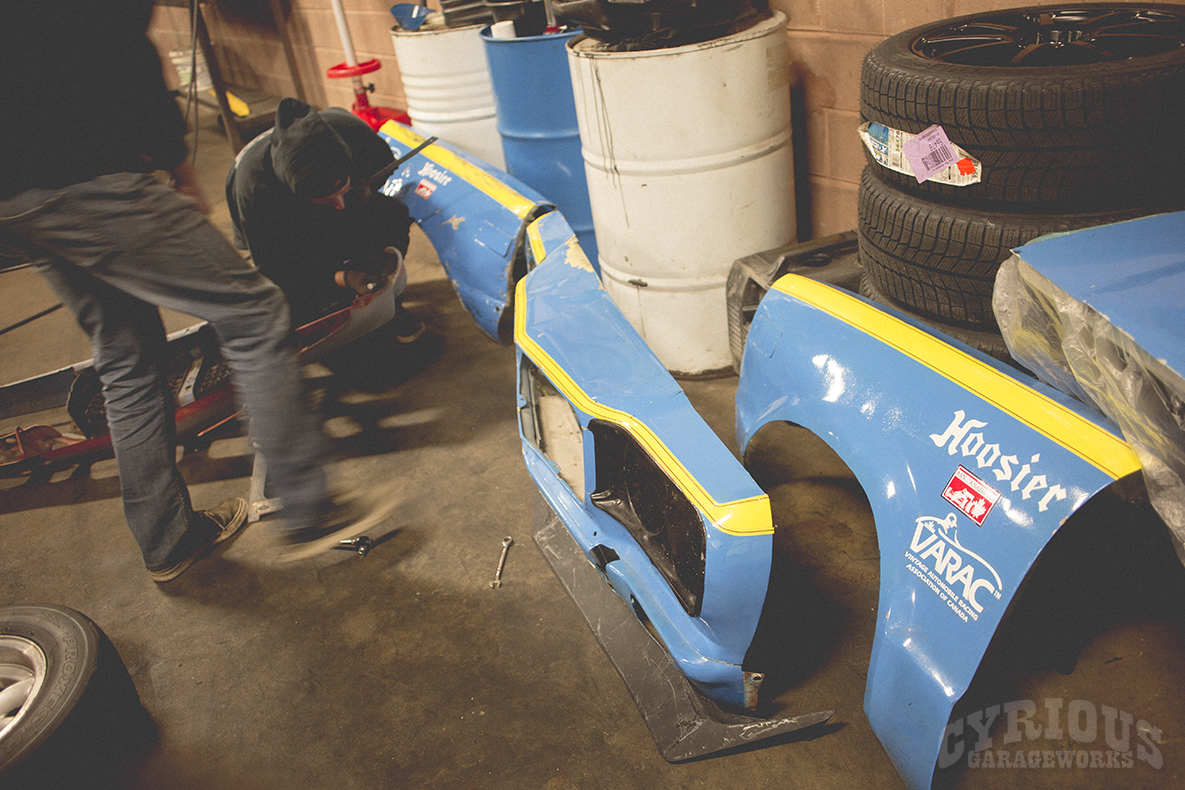 Most of the front end was in pretty rough shape, so all of this stuff would need to be replaced. 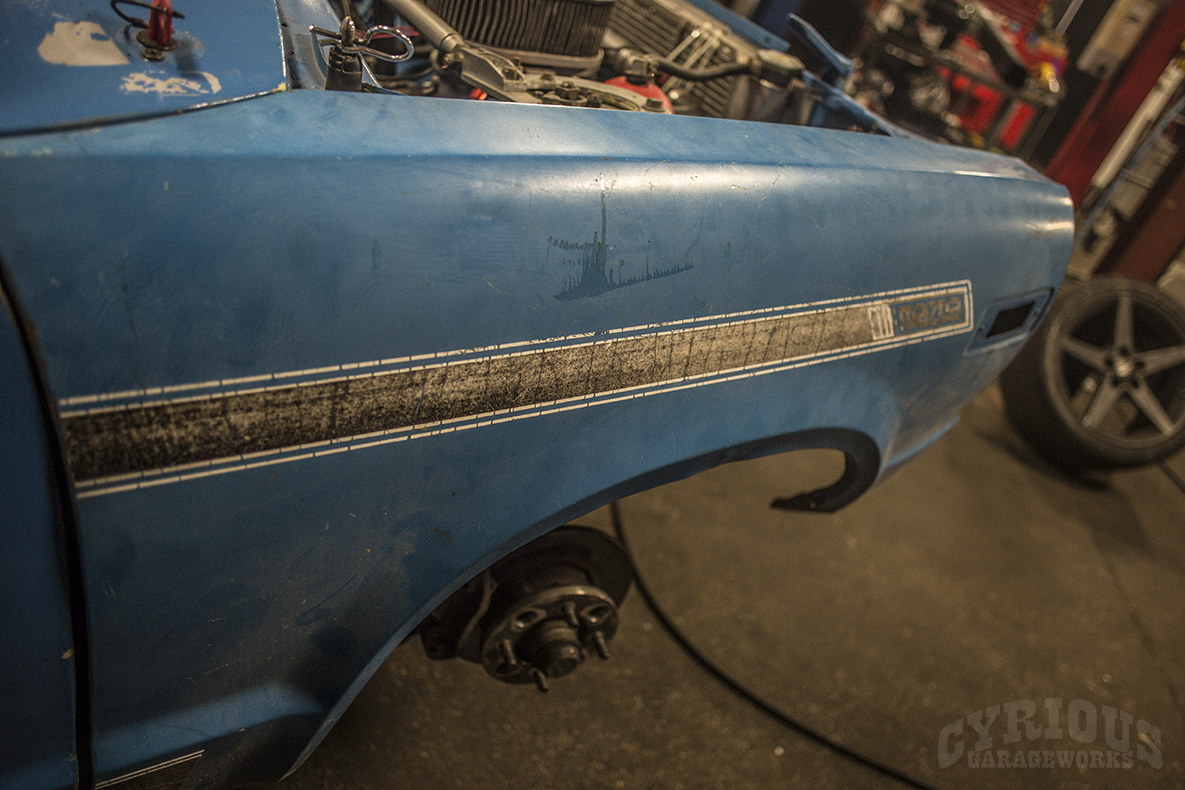 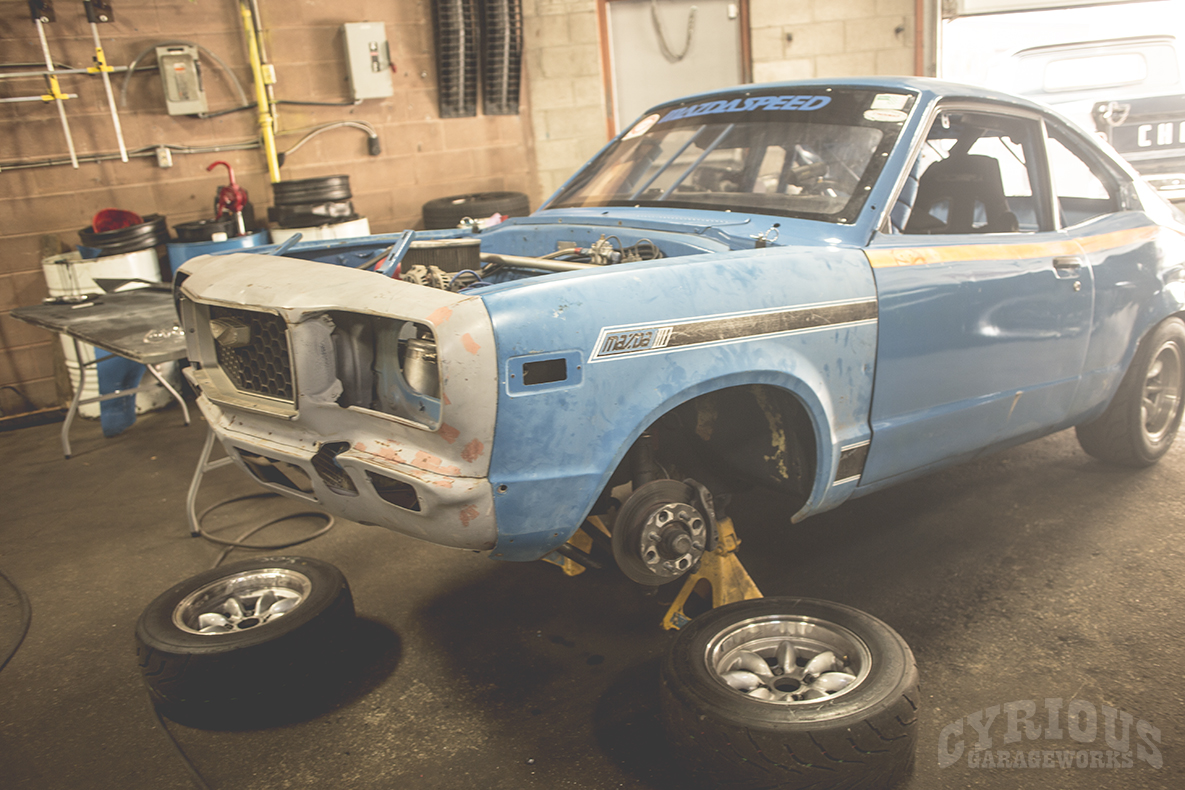 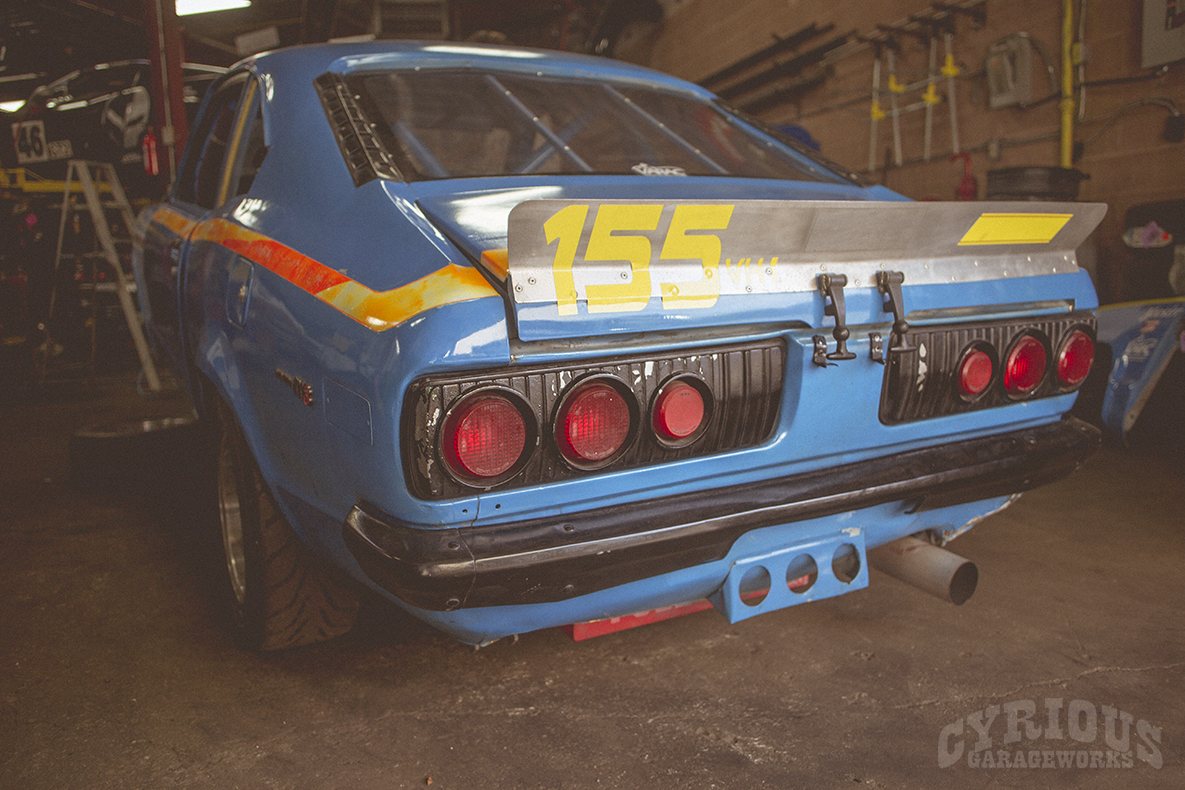 With the new front end components fitted, and most of the vinyl peeled off (that orange stripe is actually paint!), it was time to smooth things over! 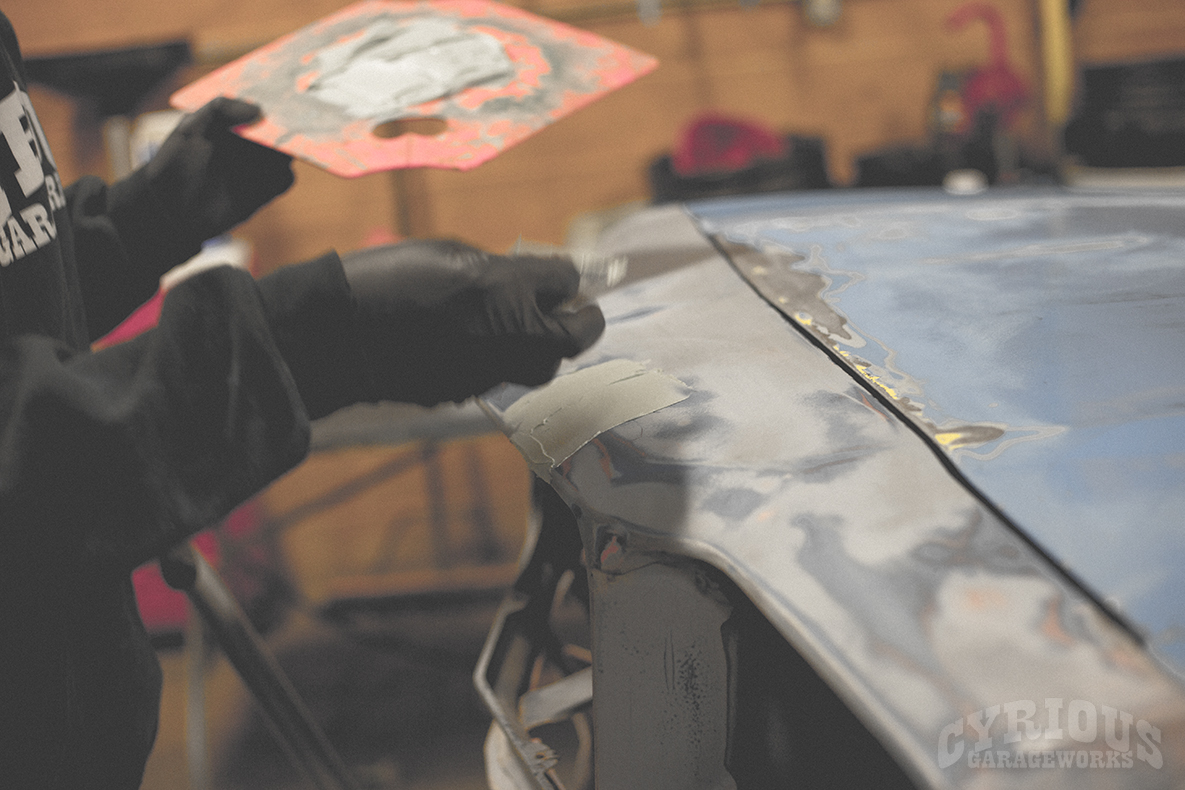 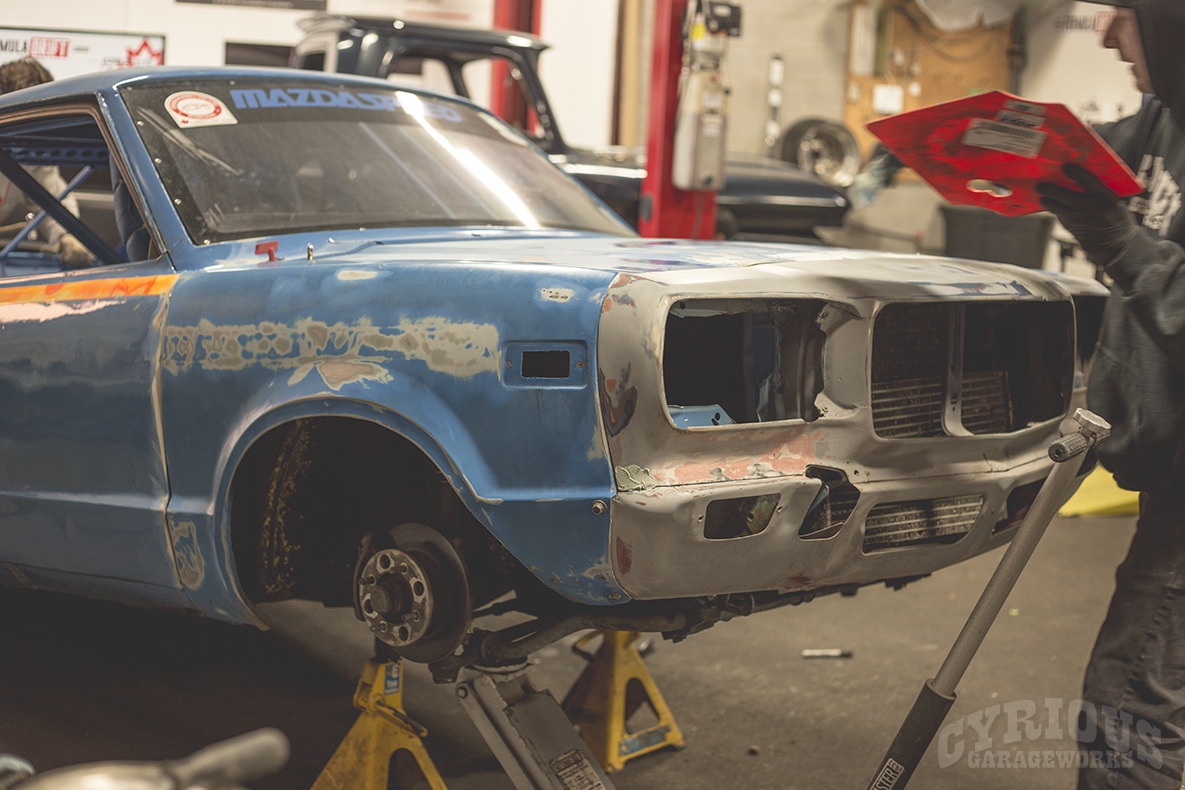 While we’re looking at it, that Lexan windshield is getting pretty tired as well, so we’ll need to cut a new one and get that installed so Russ can see where he’s going at the next race. 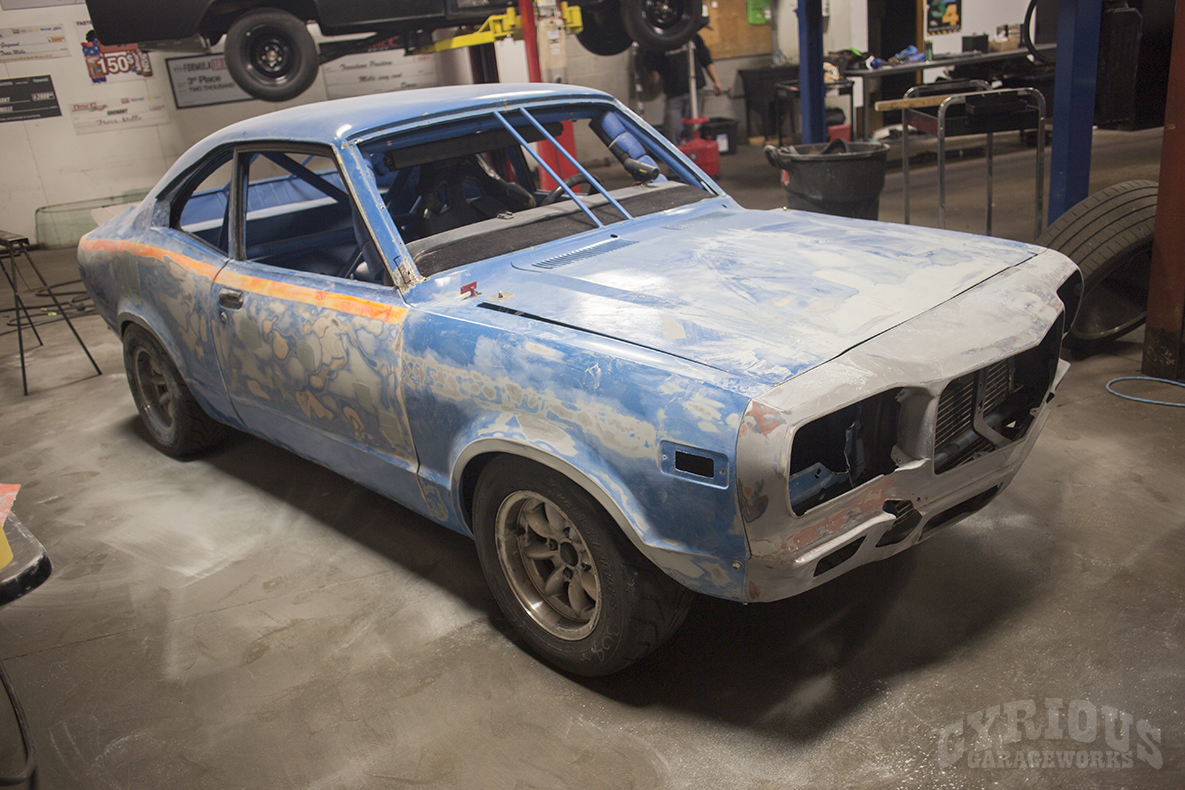 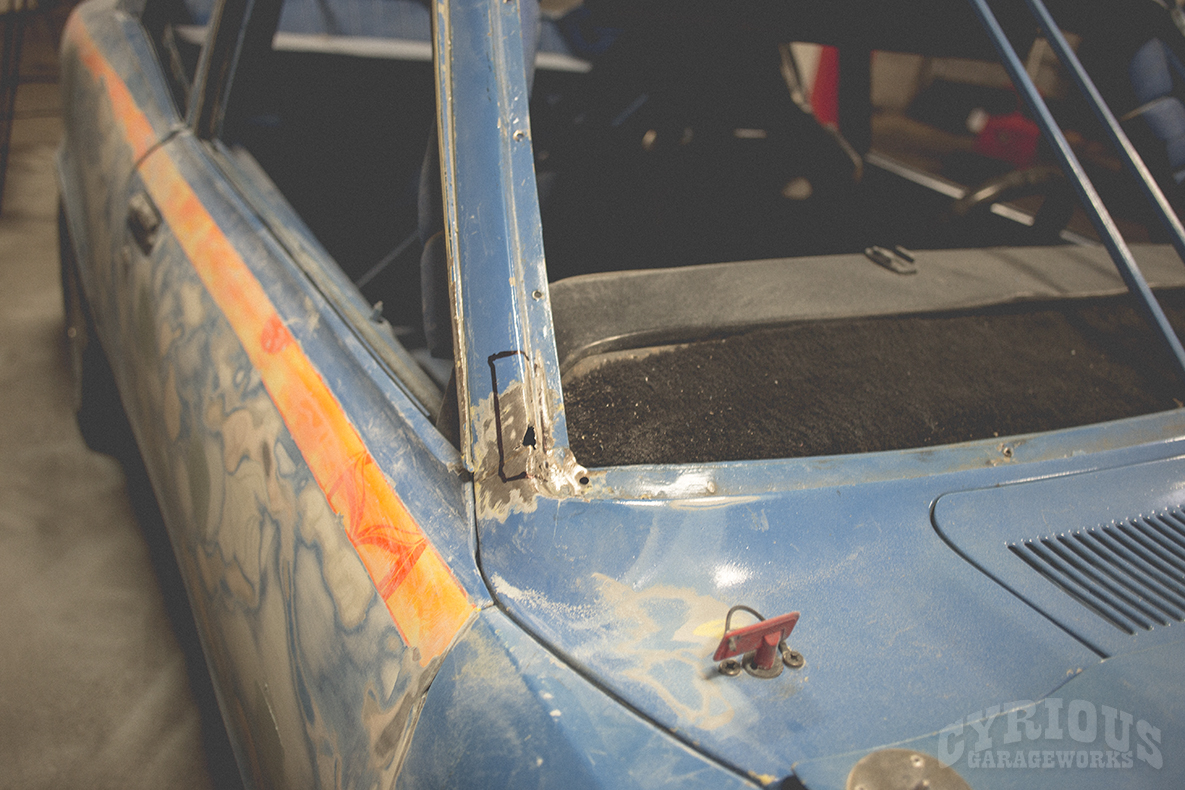 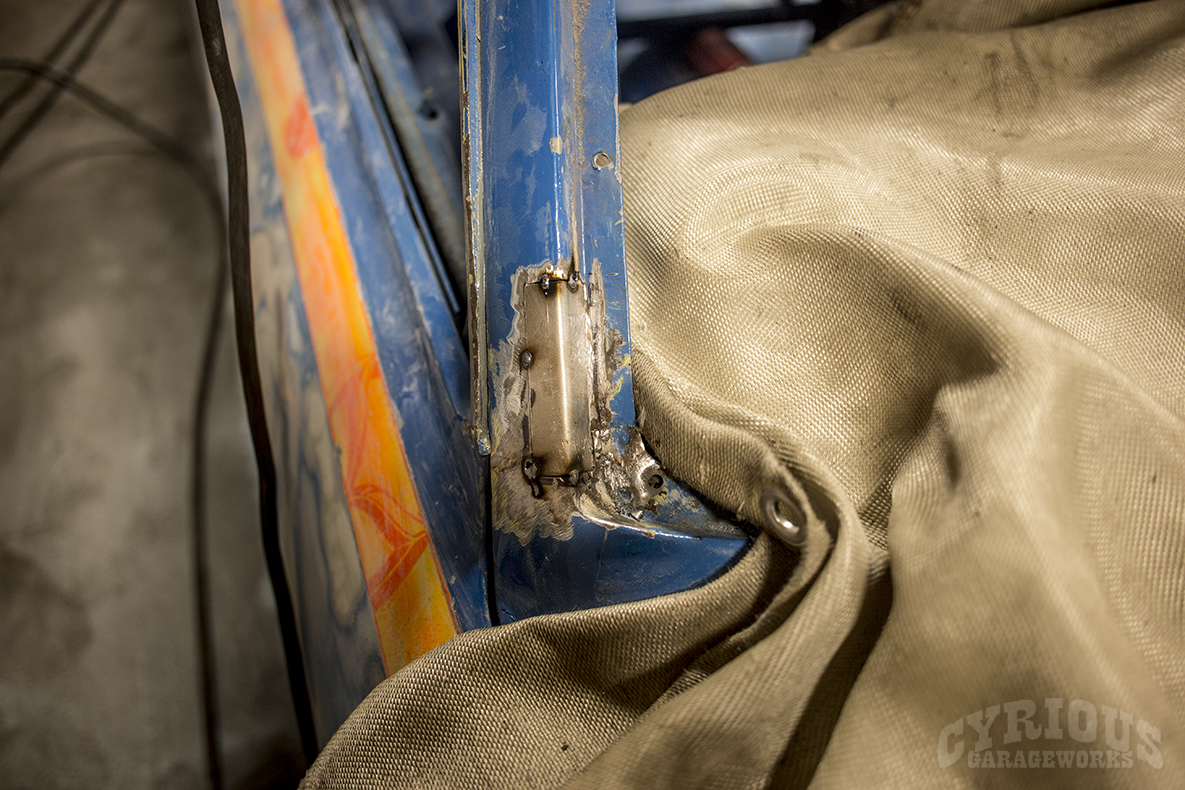 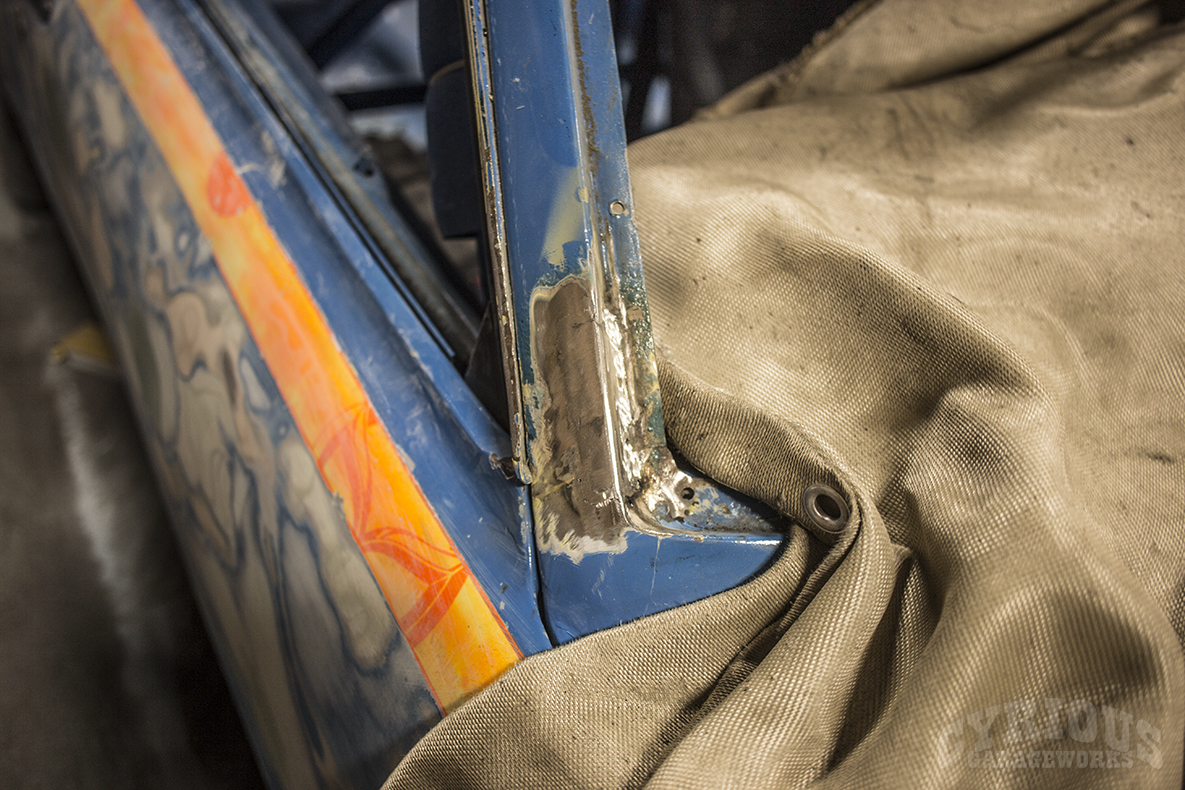 Of course, having the windshield out gave us the perfect opportunity to fix a little rust hole in the a-pillar. 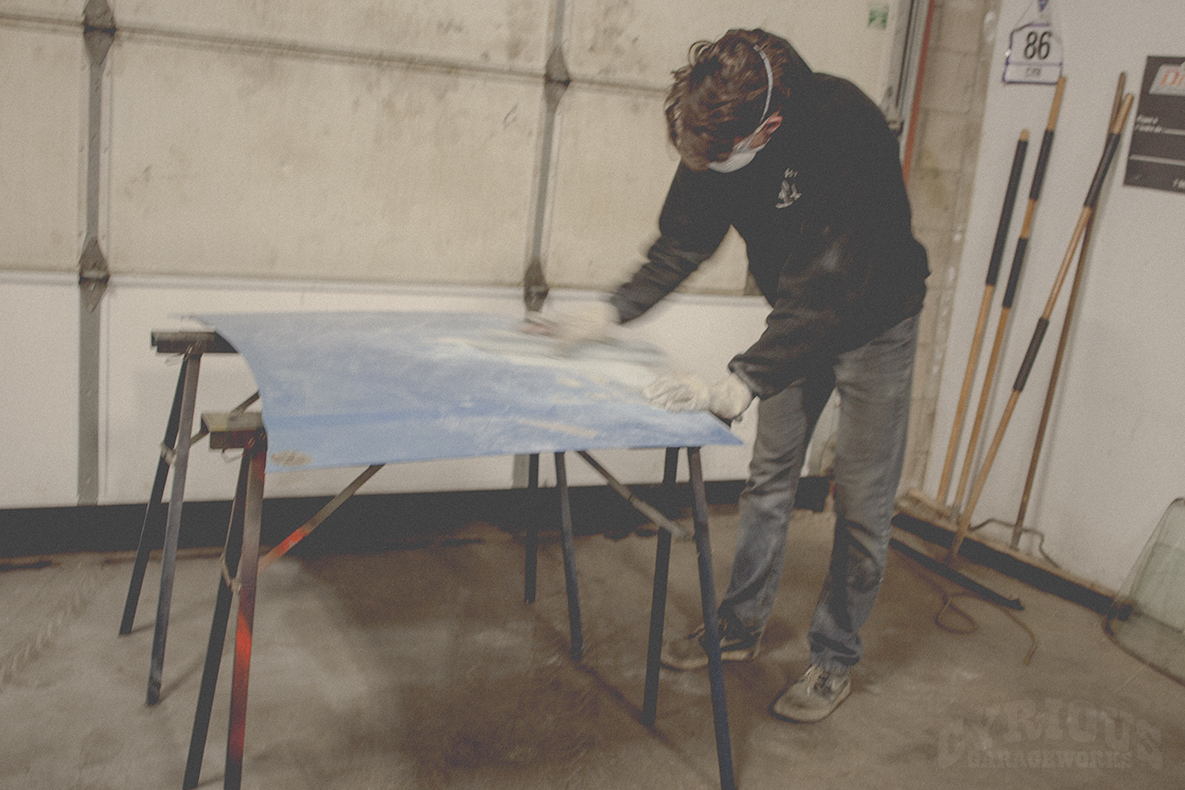 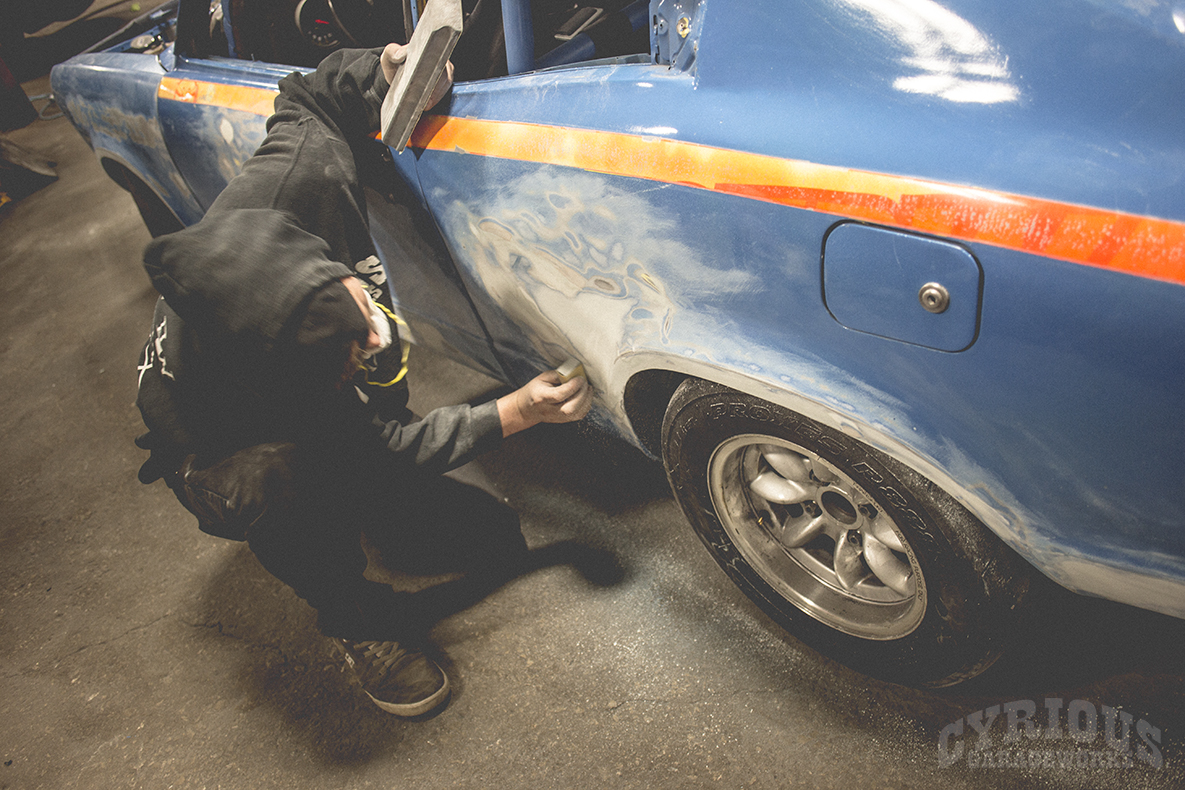 With the body work and metal work just about done, it’s time to send this one off to 242 Customs for paint! 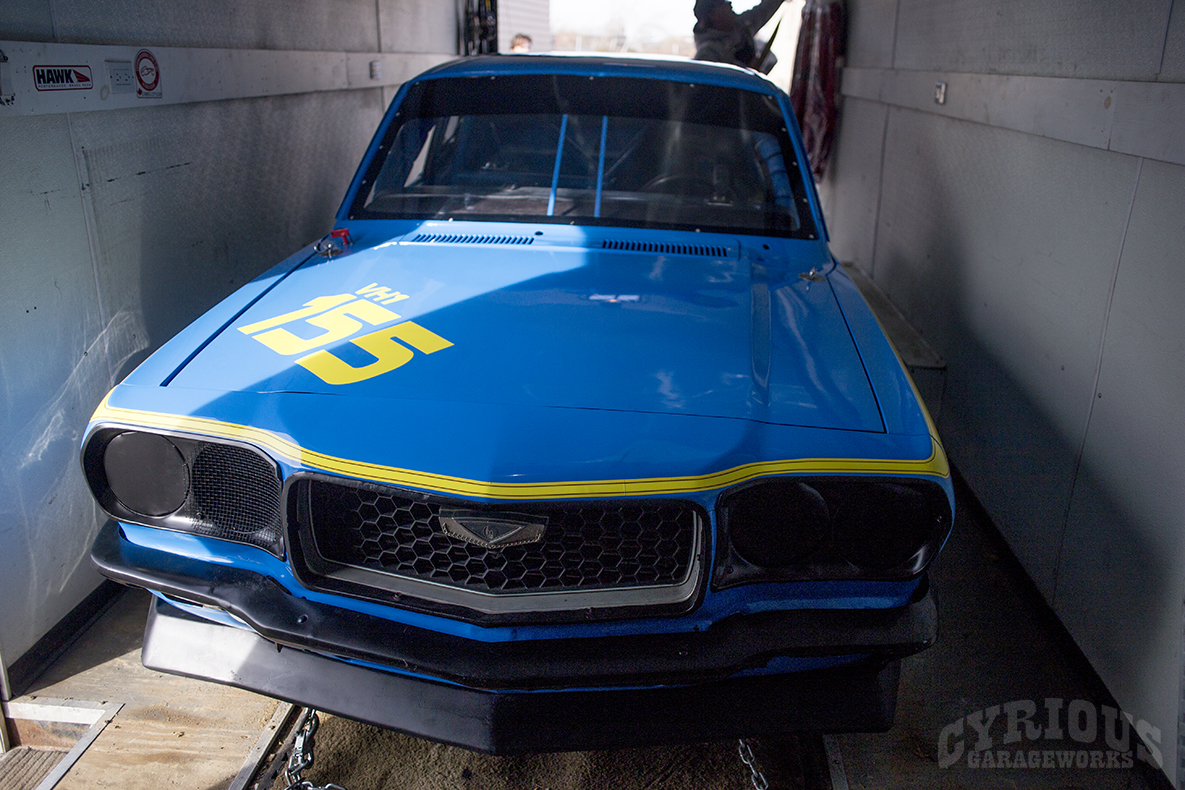 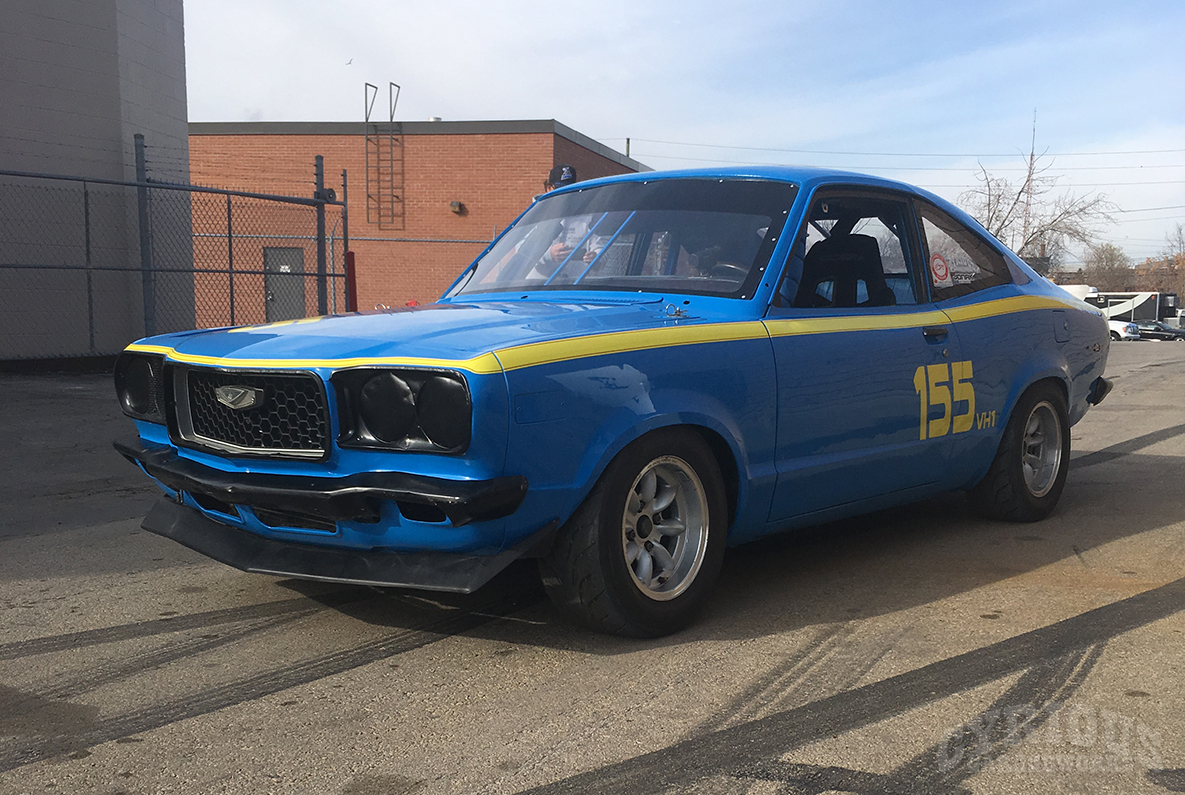 There it is! Ready to go rub doors out on the race track again! Keep your eyes and ears peeled for this one, you won’t be disappointed!