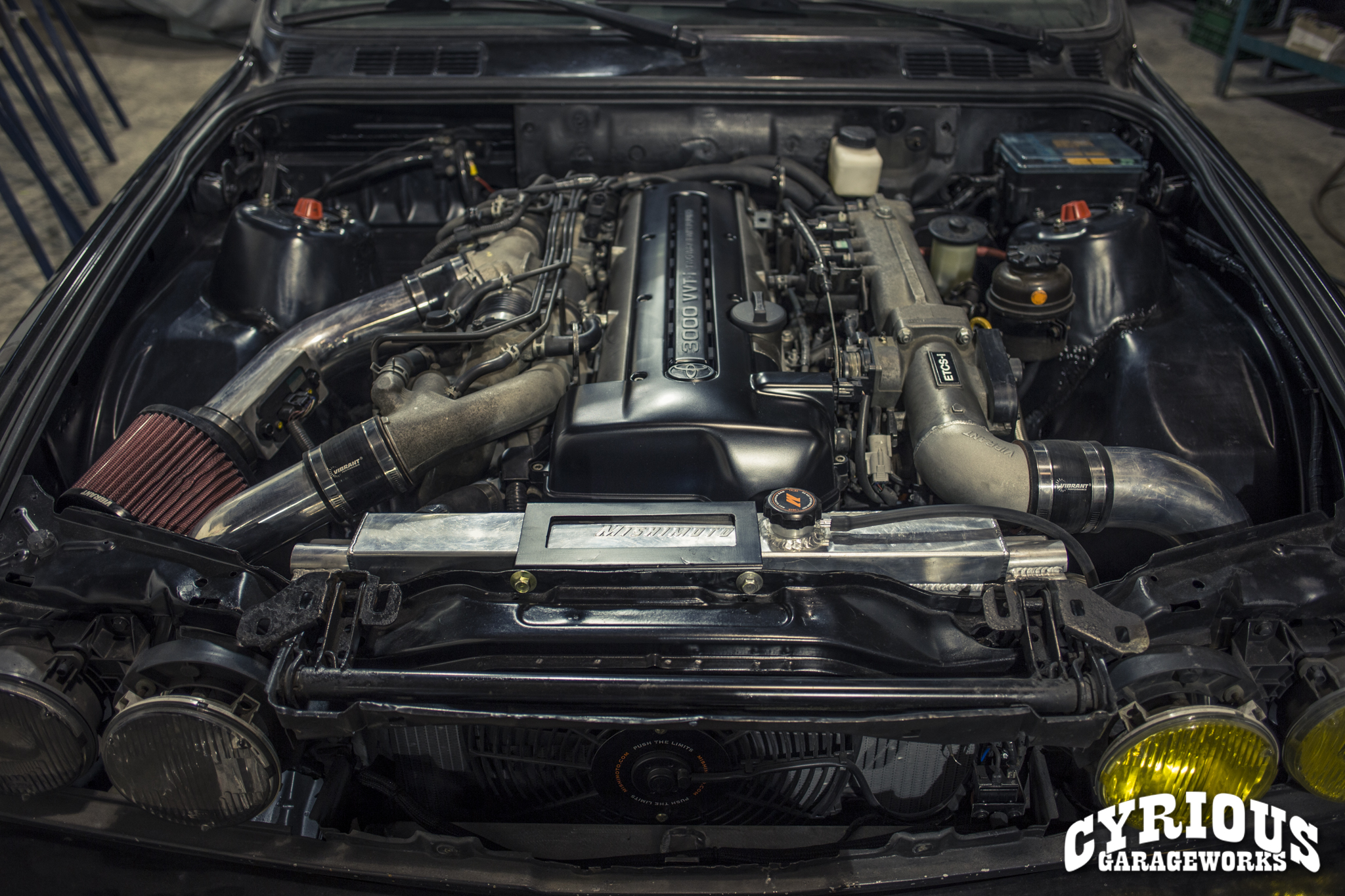 “Respect your elders” is what the car said on its windows as it rolled in through the doors of Cyrious Garageworks. Though it is indeed a great car in its own right, the tired old BMW M20 engine under the hood of this 1989 325i was preventing this car from demanding as much respect as it might deserve. Now, however, this car will most certainly demand respect no matter where it goes!

For those of you who didn’t read the title and are therefore surprised, yes! It’s a 2JZ! With VVT-i! As you can see, it’s a bit of a tight fit for the massive Toyota straight-six, but it did indeed fit, and it fit well! Though it required a bit of creativity, the key to getting this to work was going to be efficient usage of space under the hood! We’ll take you through a bit of the process so you can have a closer look at how we did it!

Couldn’t help but include the obligatory “person-powered” engine swap picture. Back on topic though, one thing that became glaringly obvious was that the original BMW brake booster/master unit was just too damn big. There have been a number of 2JZ swaps into E30s and they all seemed to have different ideas on how to address the issue of fitting the brake booster/master, almost all of which weren’t particularly good looking or were over-complicated. We came up with a solution that both looked good, and was just as functional before.

First, the brake booster and master would need to be relocated. Rather than sending it to the trunk or the rad support however (which seemed a popular option for many who had done this swap), the whole unit would basically get shifted over as far as we could get it, which was a couple of inches. This still wouldn’t be enough to fit everything in with the BMW booster/master of course, so we decided to get a little creative and go with something we’re fairly familiar with…

If we’re putting a Toyota engine in this little Bimmer, then it would only seem fitting to use a Toyota brake master/booster, and lo and behold, she fits!! With that roadblock out of the way, the engine was able to be mounted far enough back to make room for the new radiator and intercooler!