The Datsun 240z was considered upon its release to be a car that was ahead of its time. The 240z served as both a test bed for some new technology, as well as a very capable sports car that was more available to “the regular guy”, due to an affordable price point. This had both a positive and negative effect on the future of the 240z. The good part about it is that many 240-260-280z’s were sold over the years, making for a healthy aftermarket for years to come. The bad part about it is that people who at one time never would’ve dreamed of owning a sports car, were now in the most nimble and powerful car they had ever experienced. This means that a vast number of the 240z’s that were produced and sold were subsequently destroyed in accidents. Of those left that weren’t destroyed in a ball of fire, any of these old Datsuns not stored in a dry, room temperature location have suffered over the years. 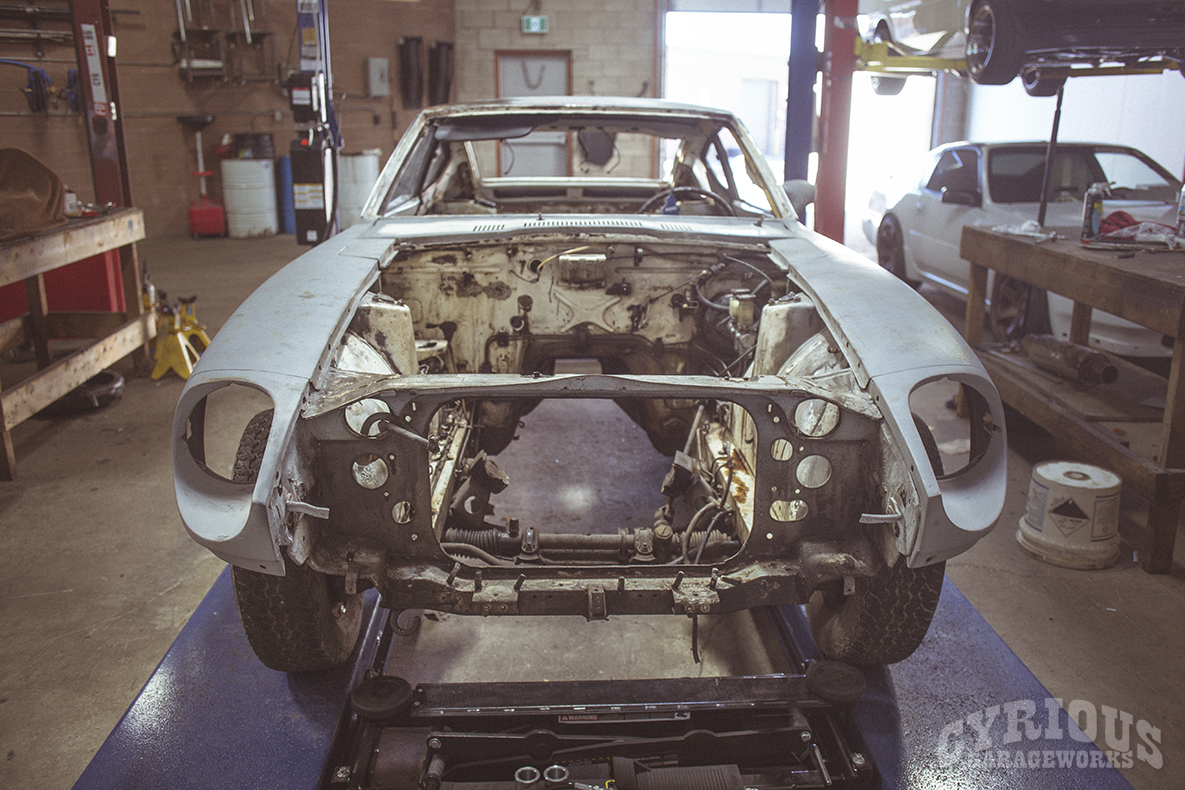 This particular 240Z was indeed one of the luckier ones that managed to survive life in the 70s only to be stored in a barn somewhere for a large part of its life. At some point, somebody had decided that they wanted to restore this car. All that remained from their efforts were some questionable bodywork and some tired old primer that was chipping off in spots. The new owner of this vehicle wanted this thing restored for real this time. The plan is to repair the rust, and then install a Rocket Bunny body kit and some wheels. Since this one’s getting a body kit and will be a driver’s car, there’s less concern here with concourse style restoration, and more of a focus on getting rid of rotten metal and reinforcing what’s left. So, let’s see what’s left! 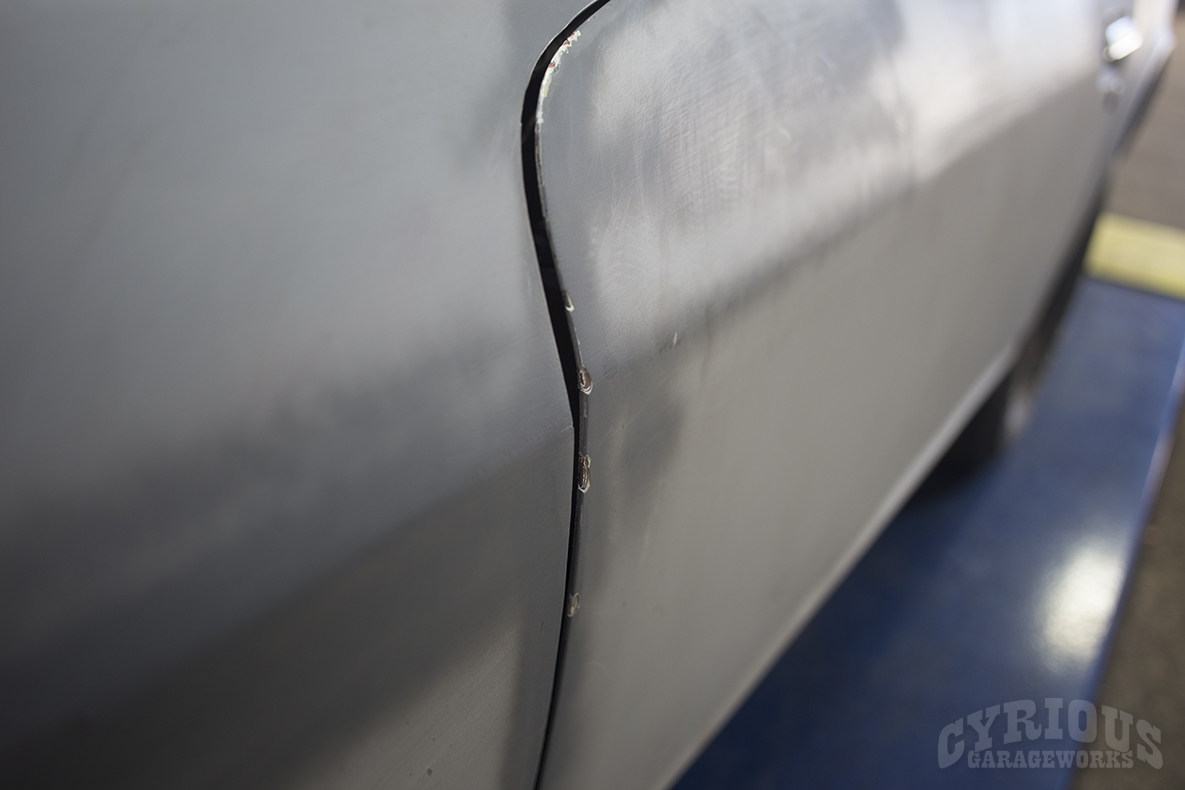 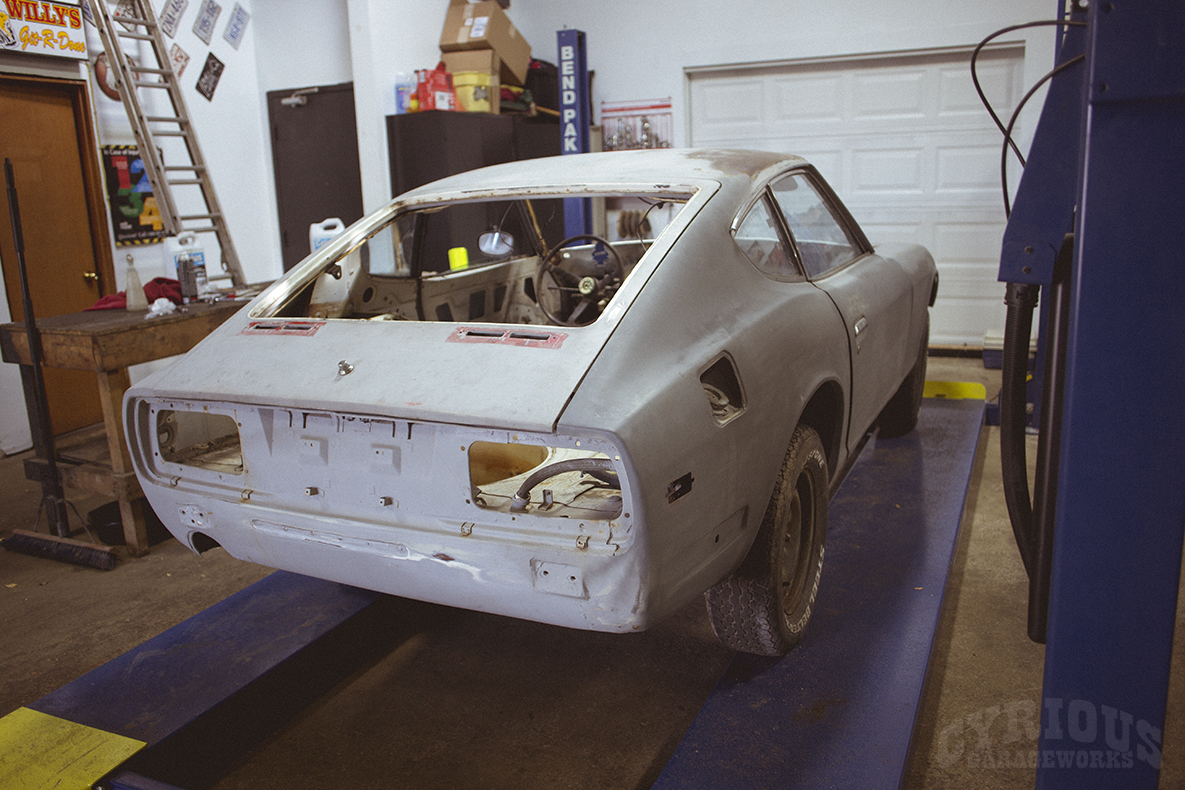 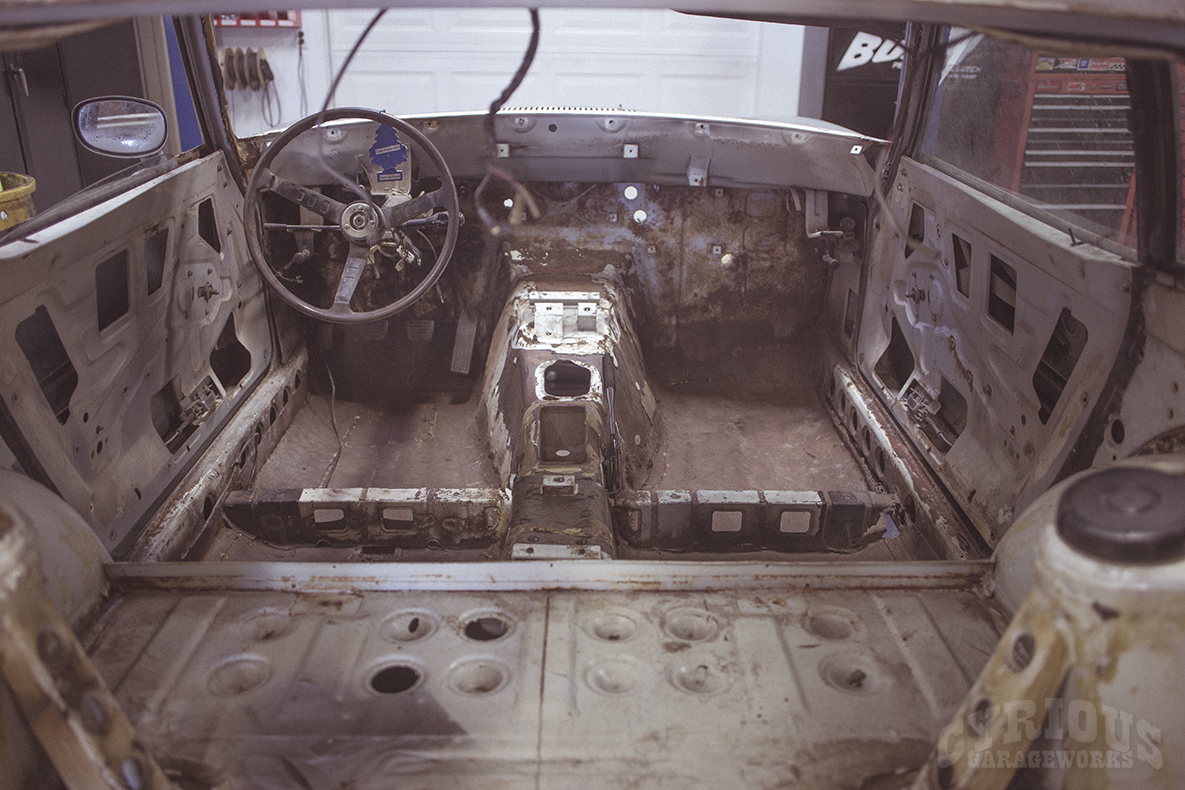 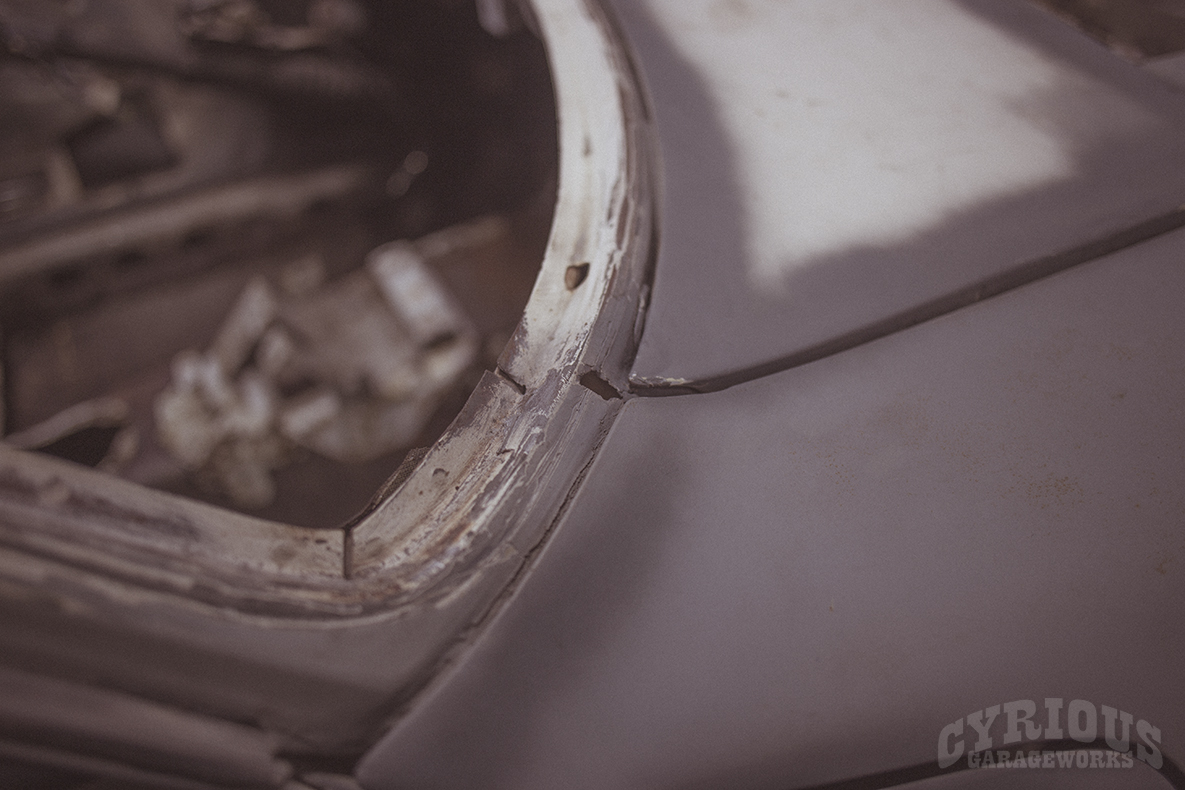 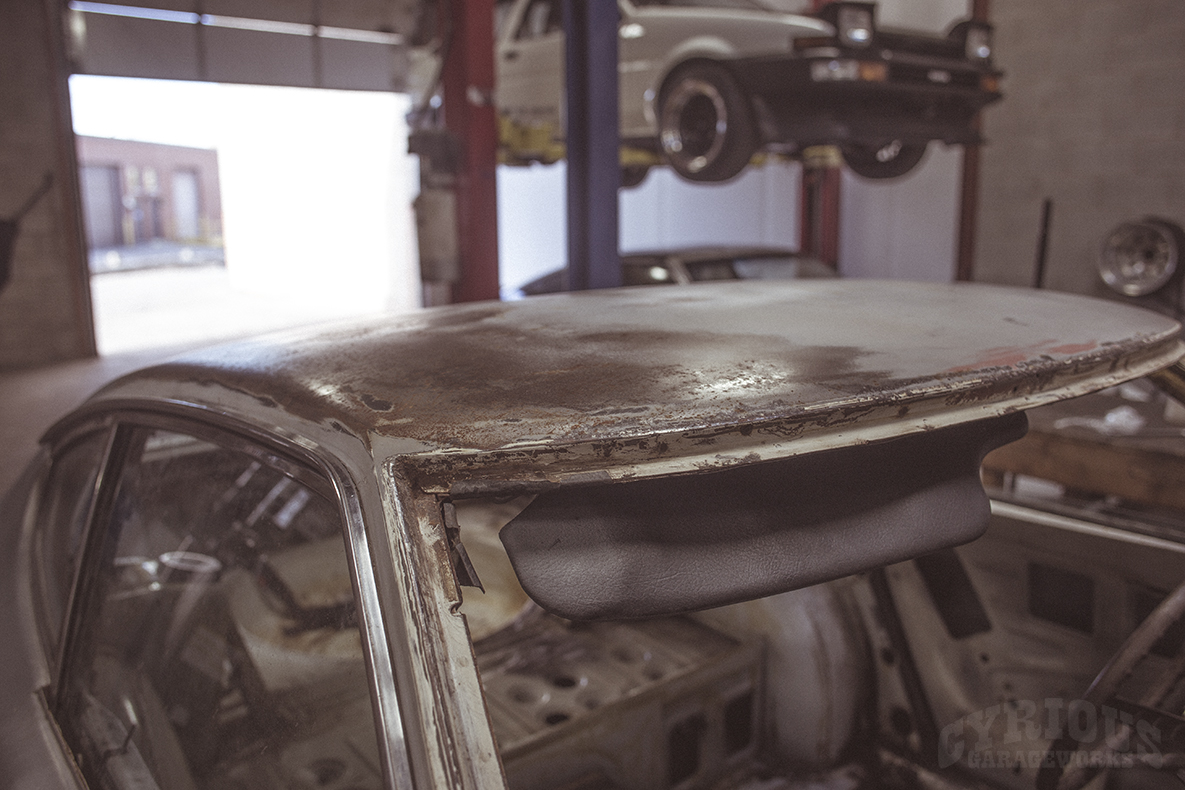 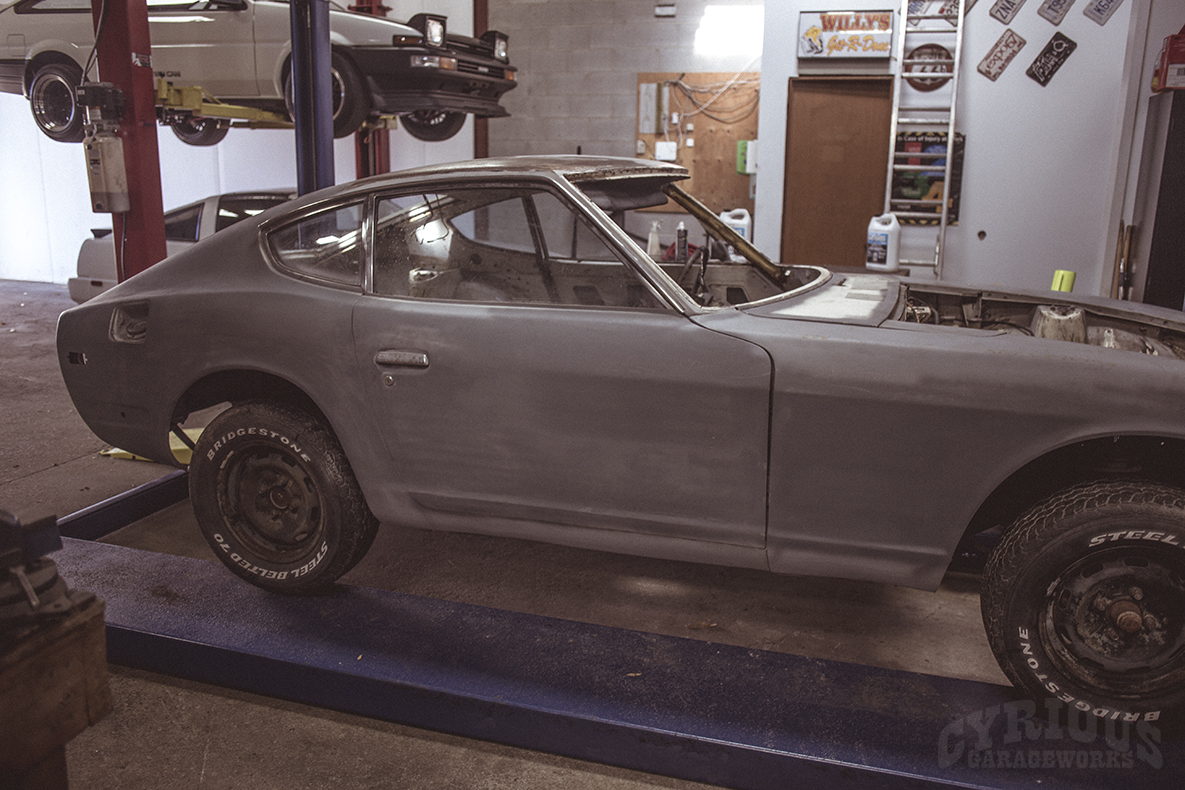 Not exactly promising on the surface. Let’s dig a little deeper and see what that primer is hiding! 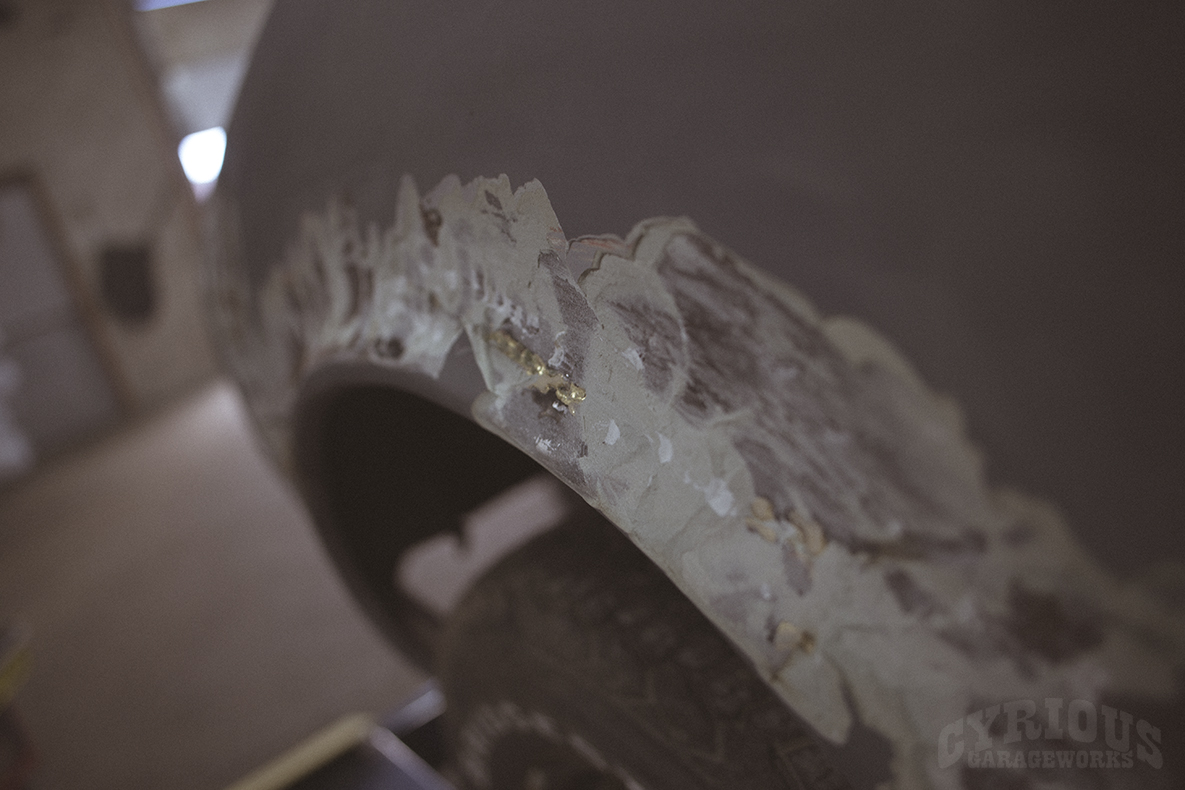 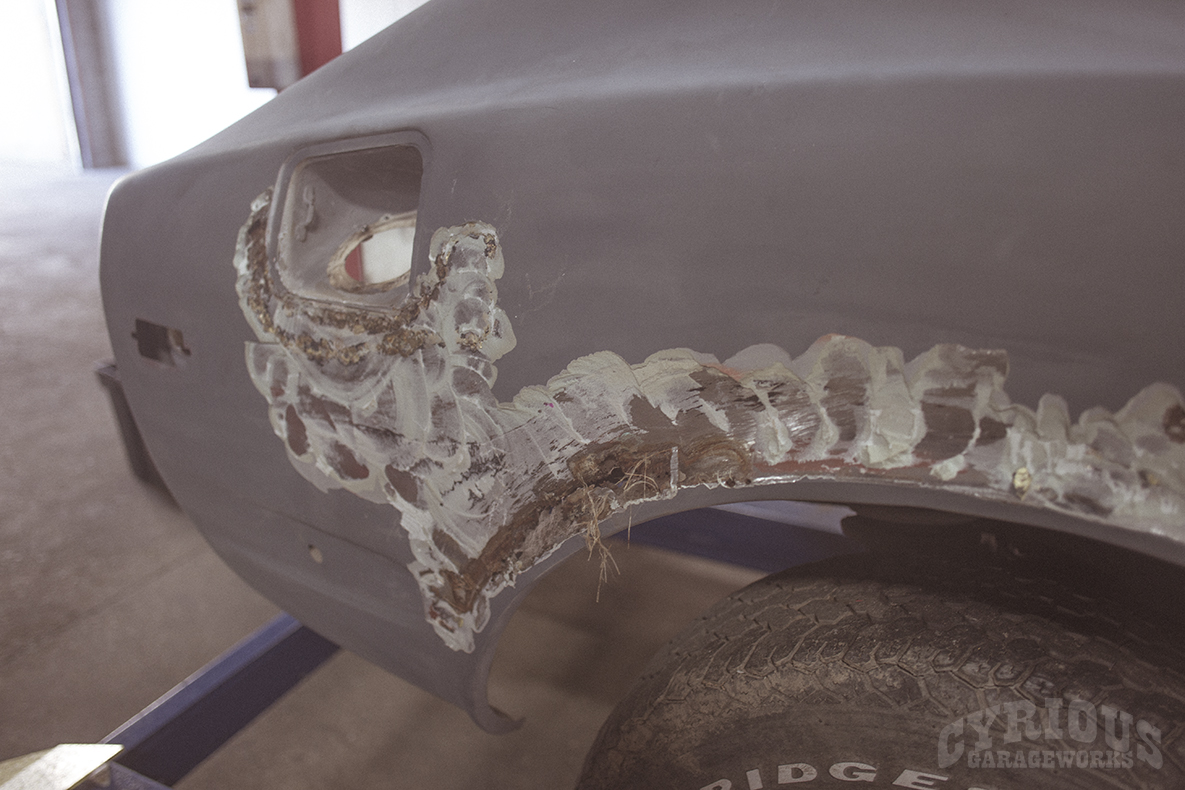 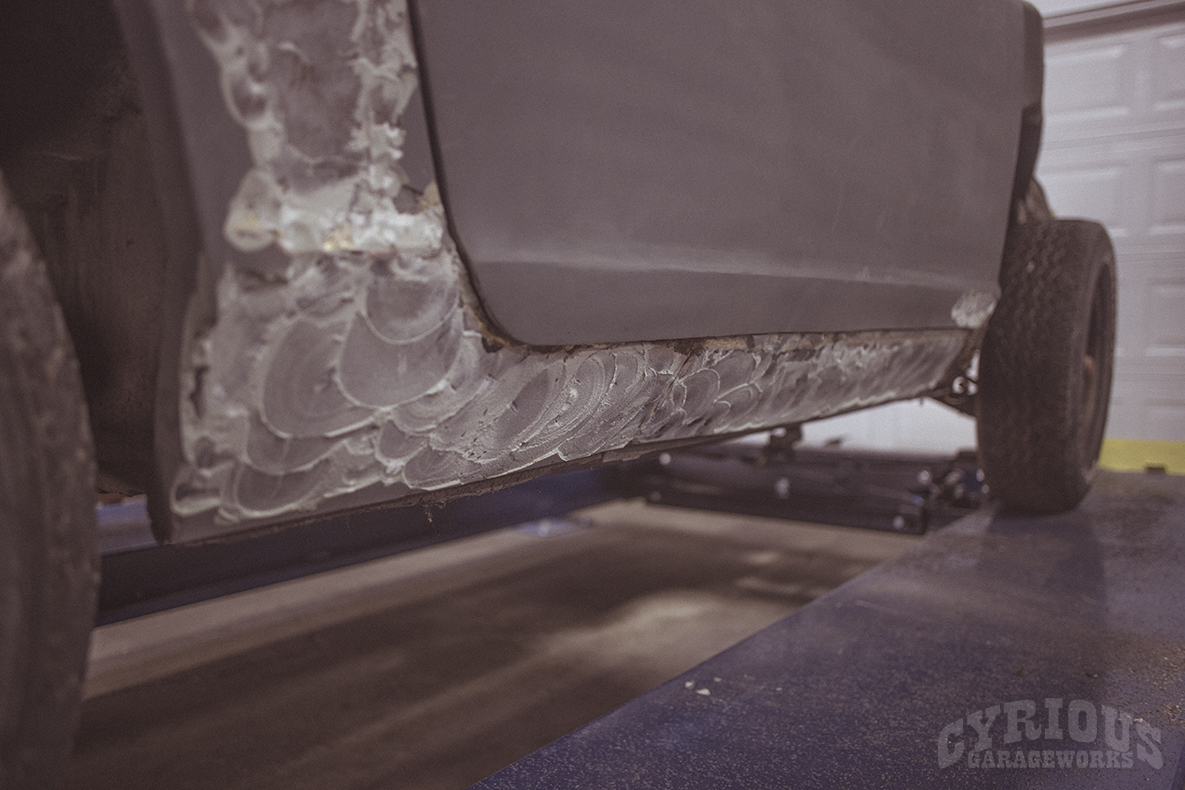 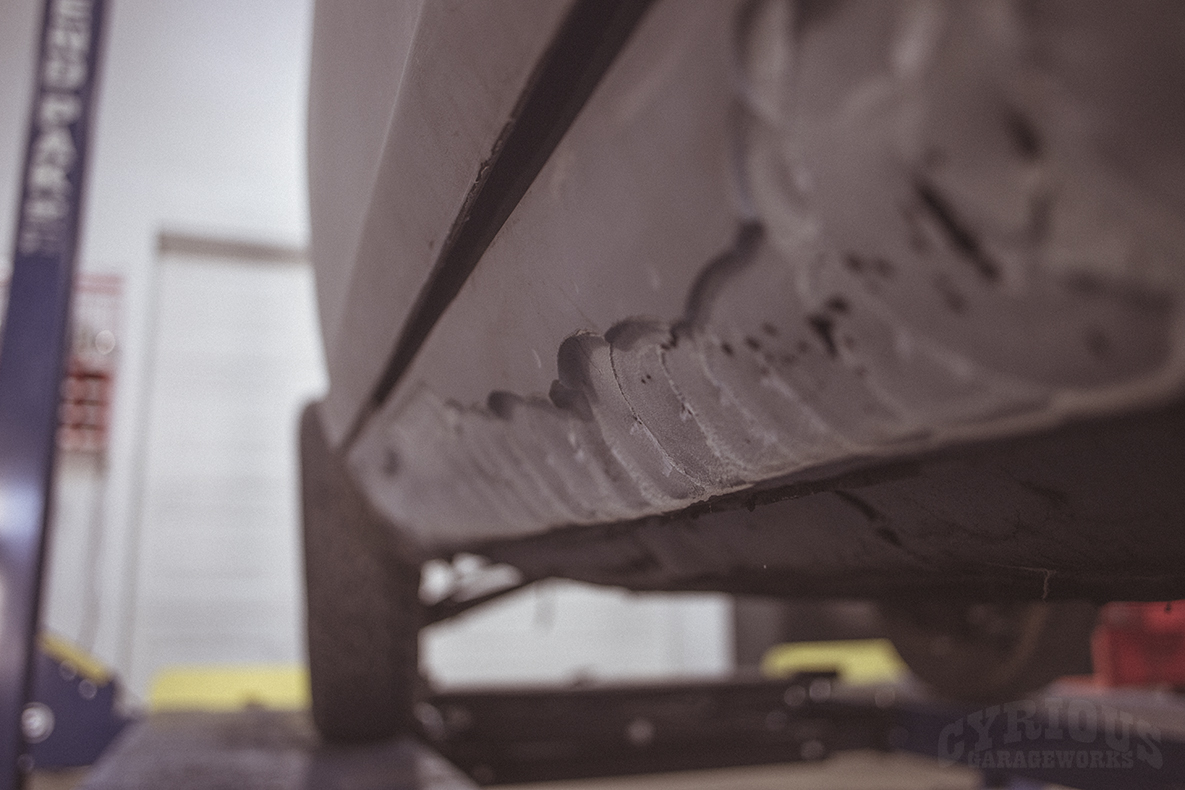 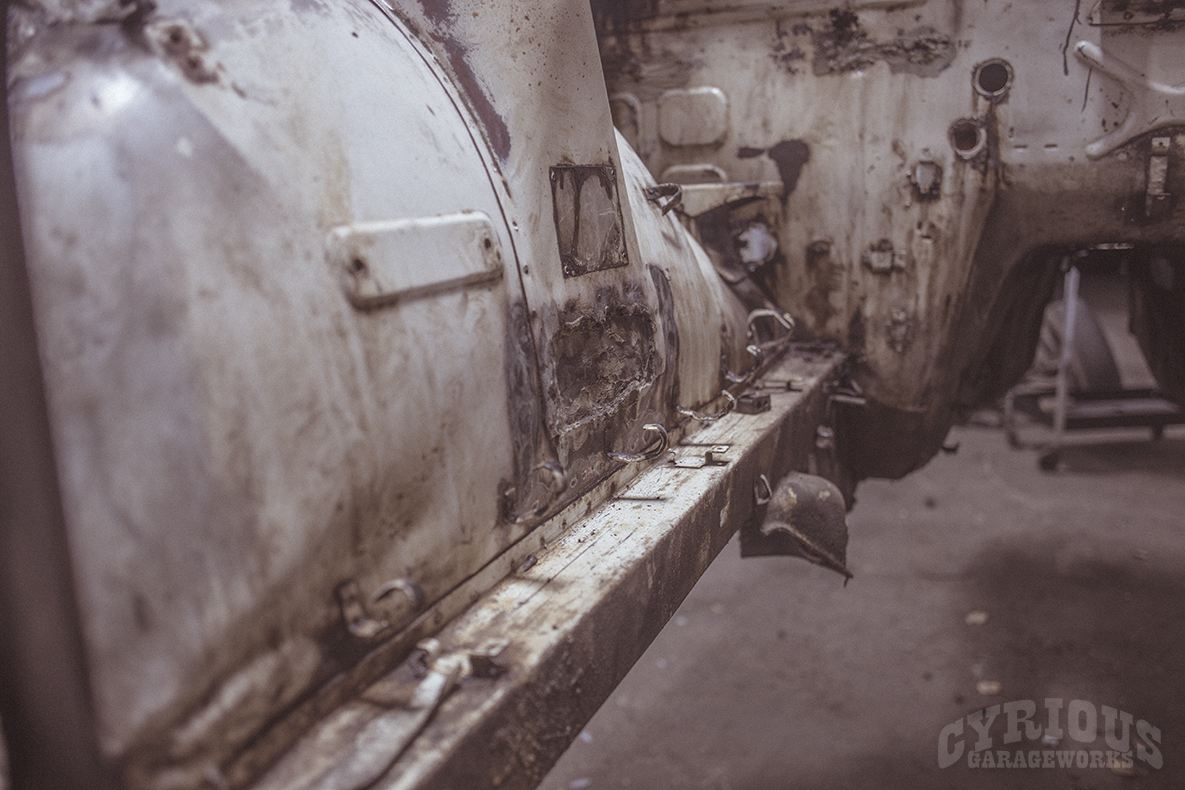 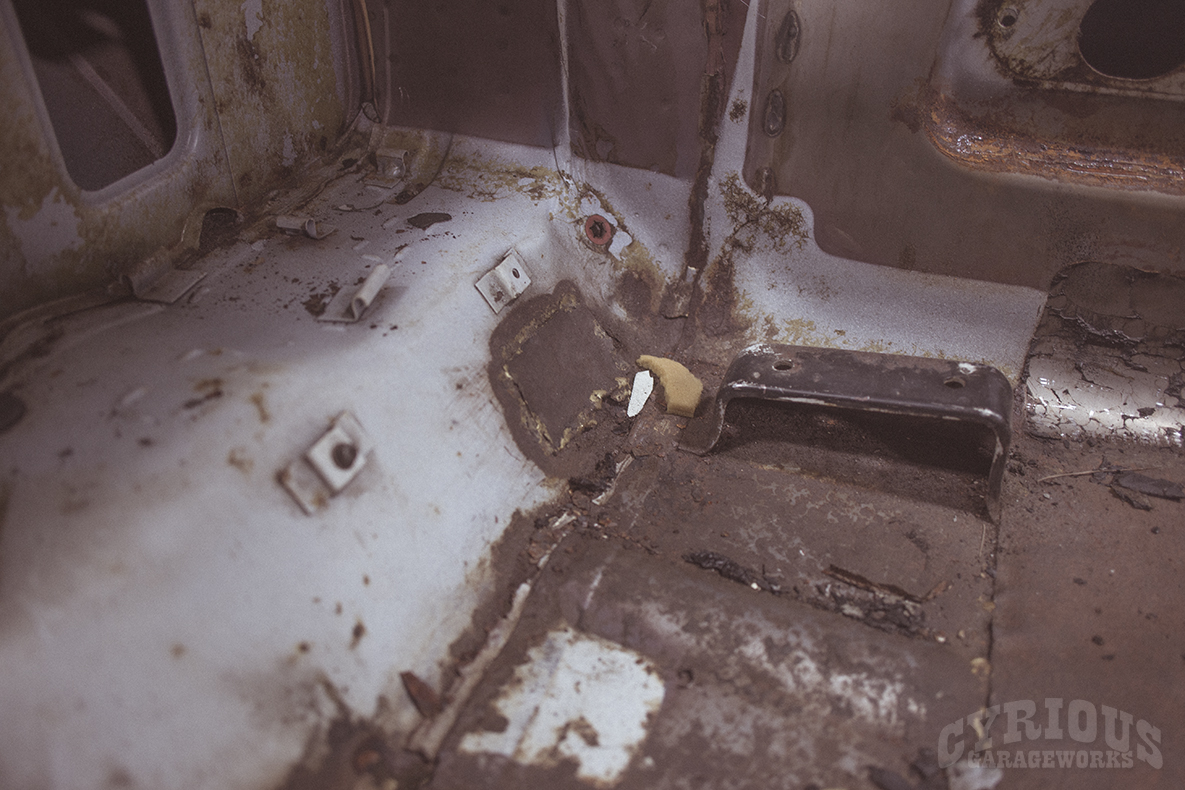 Lots of body filler. Lots of rot. It appears that when someone tried to patch this car up at some point in the past, they used some kind of brazing rod to attach the panels to the car. In the end they had to use so much heat to get things to stick, that they warped most of the metal in the process. To cover that all up, body filler was laid on thick, in some places up to a 1/2″ to 3/4″ thick. Once we got the worst of it off, it was time to send the car out for blasting to see what we were really getting in to here. 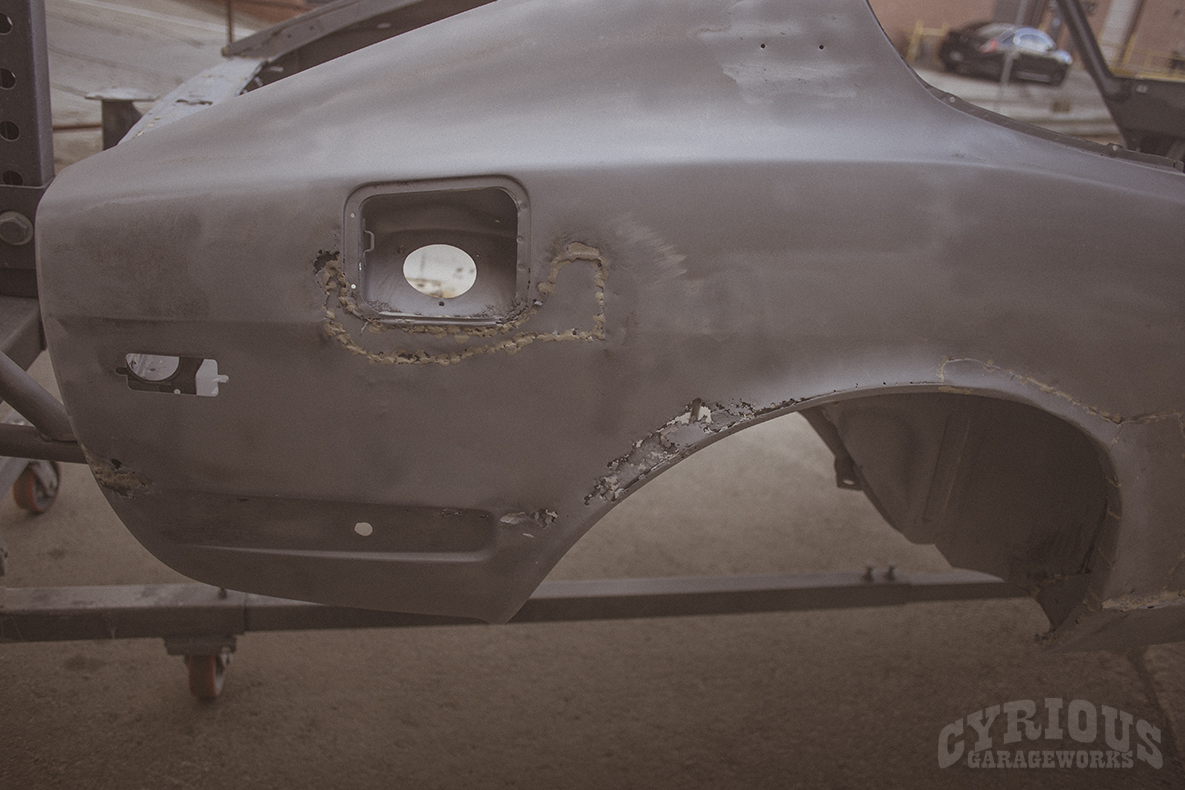 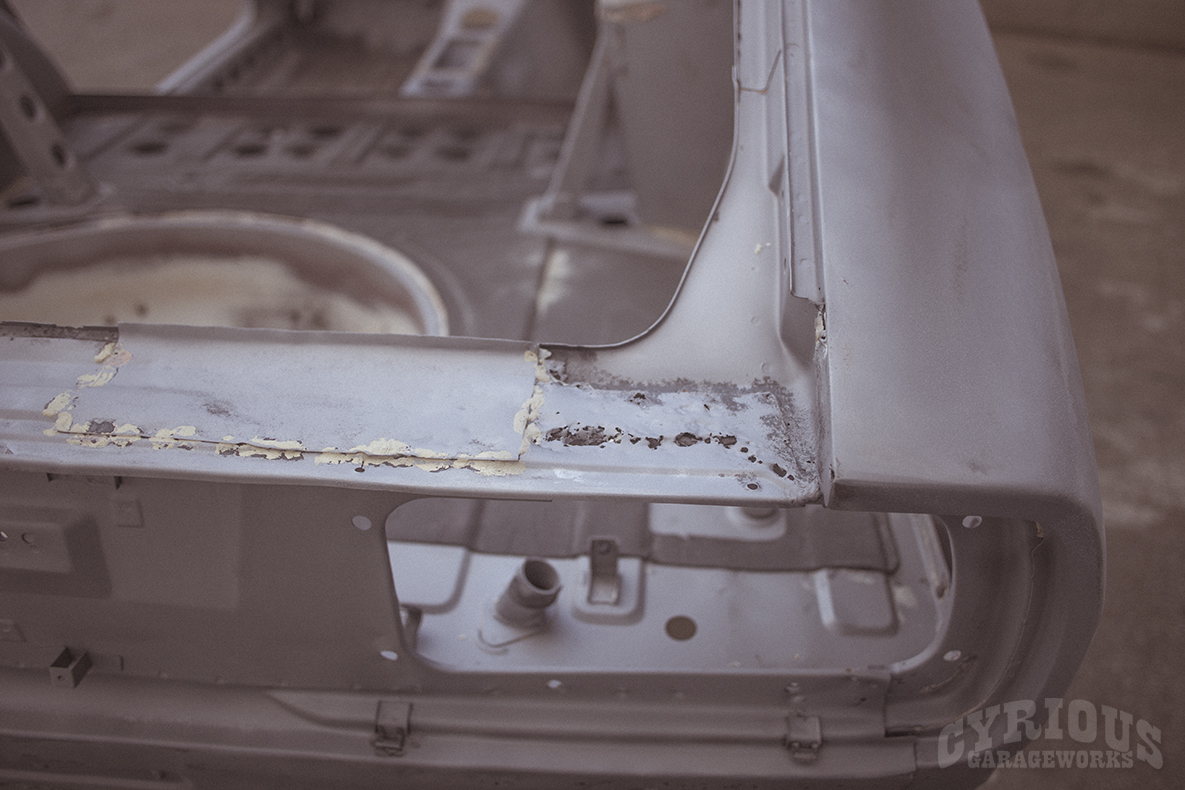 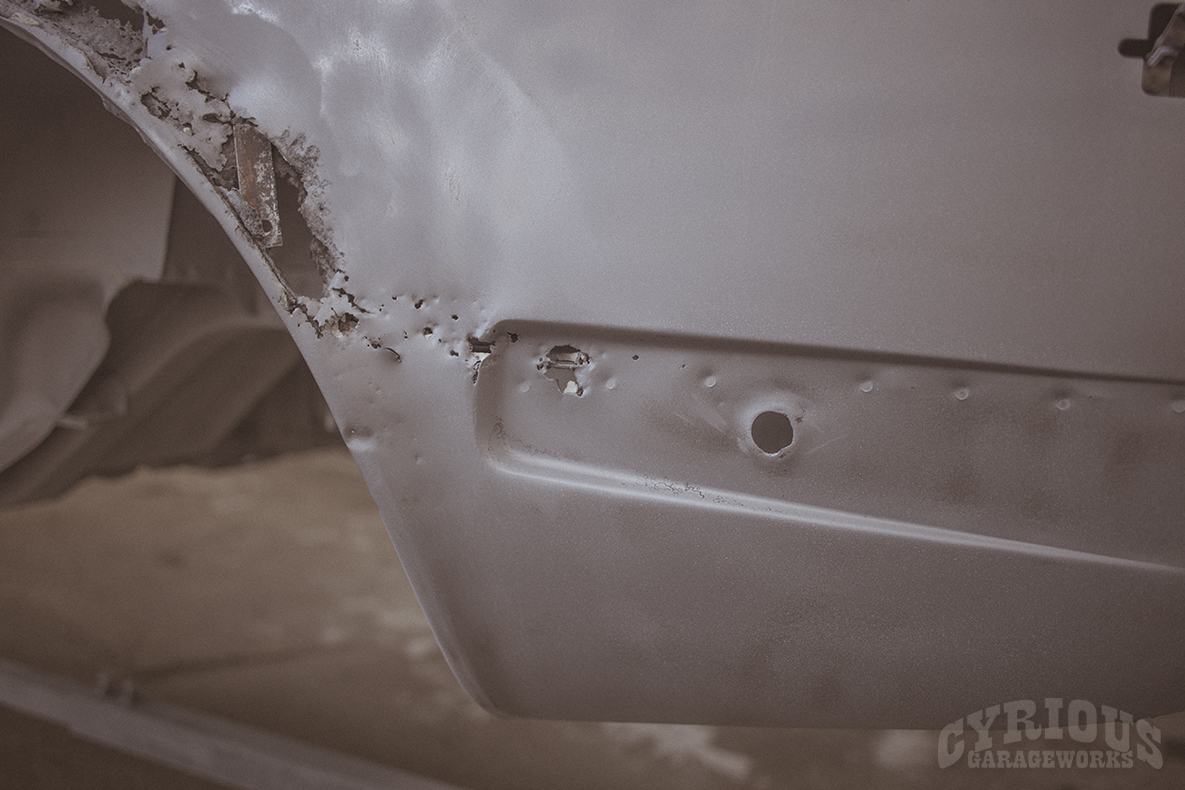 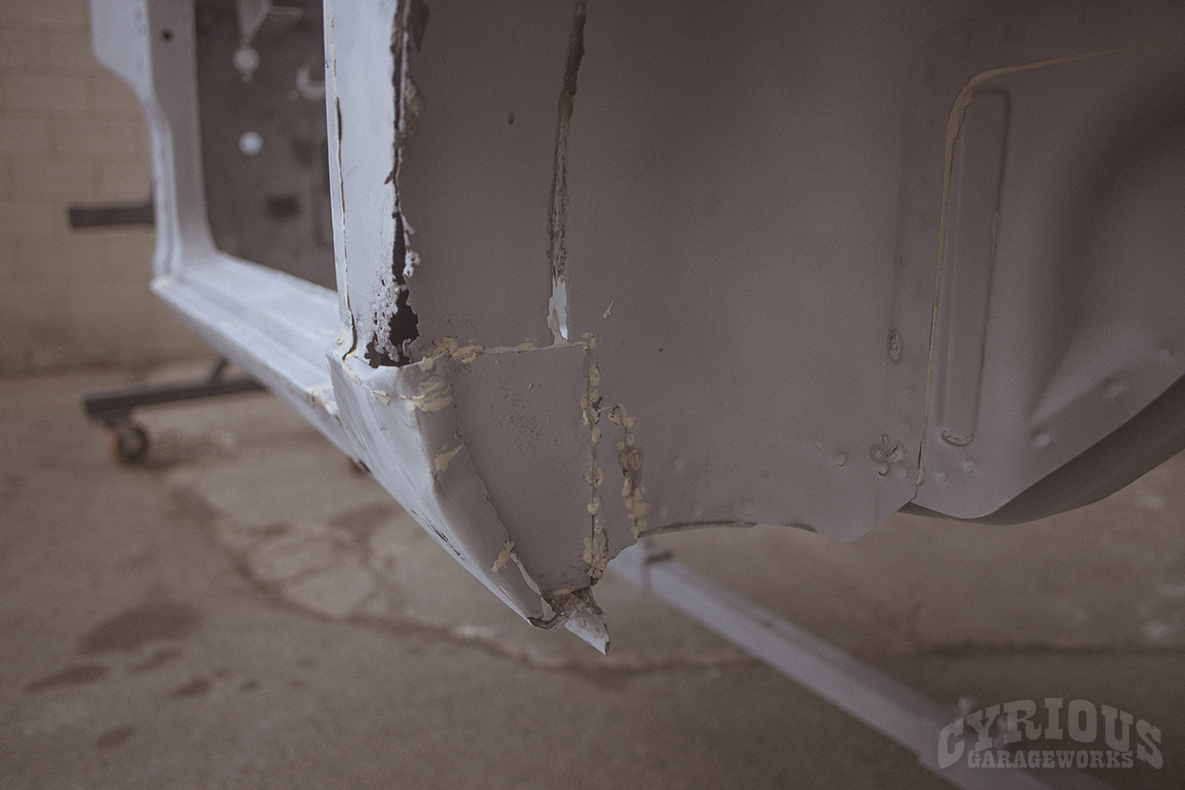 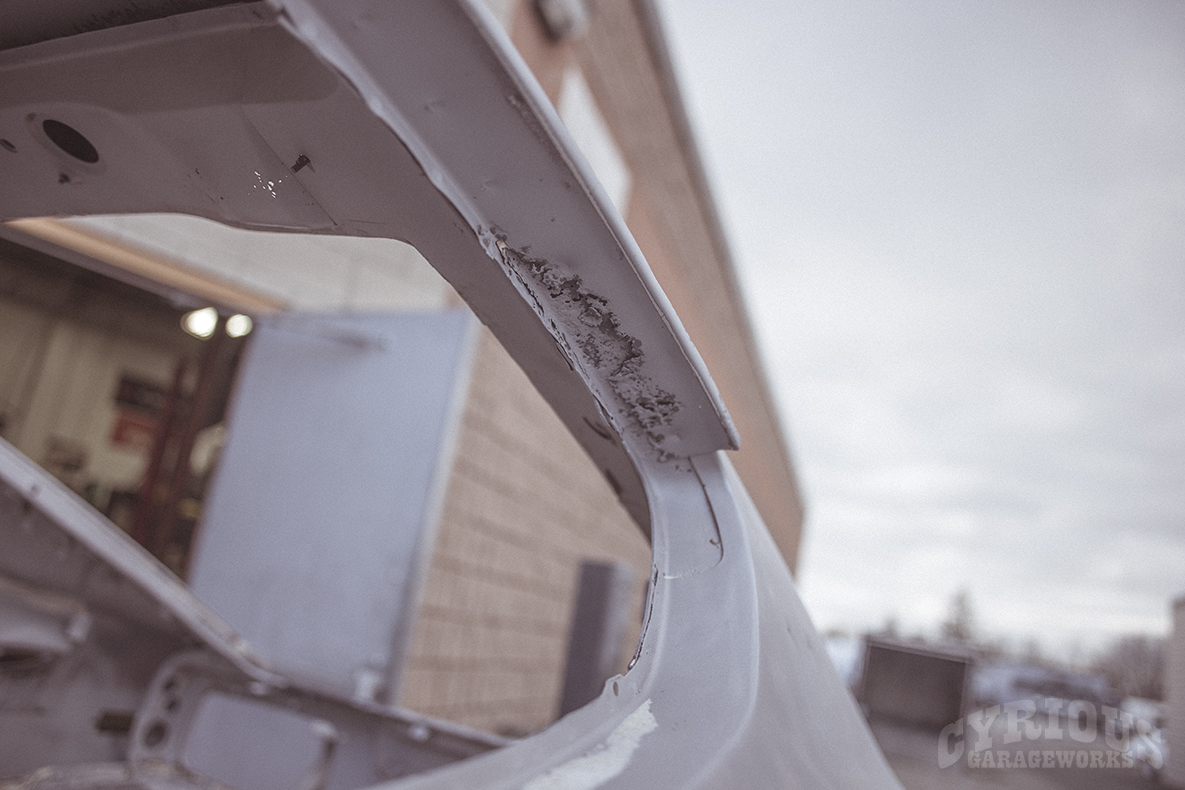 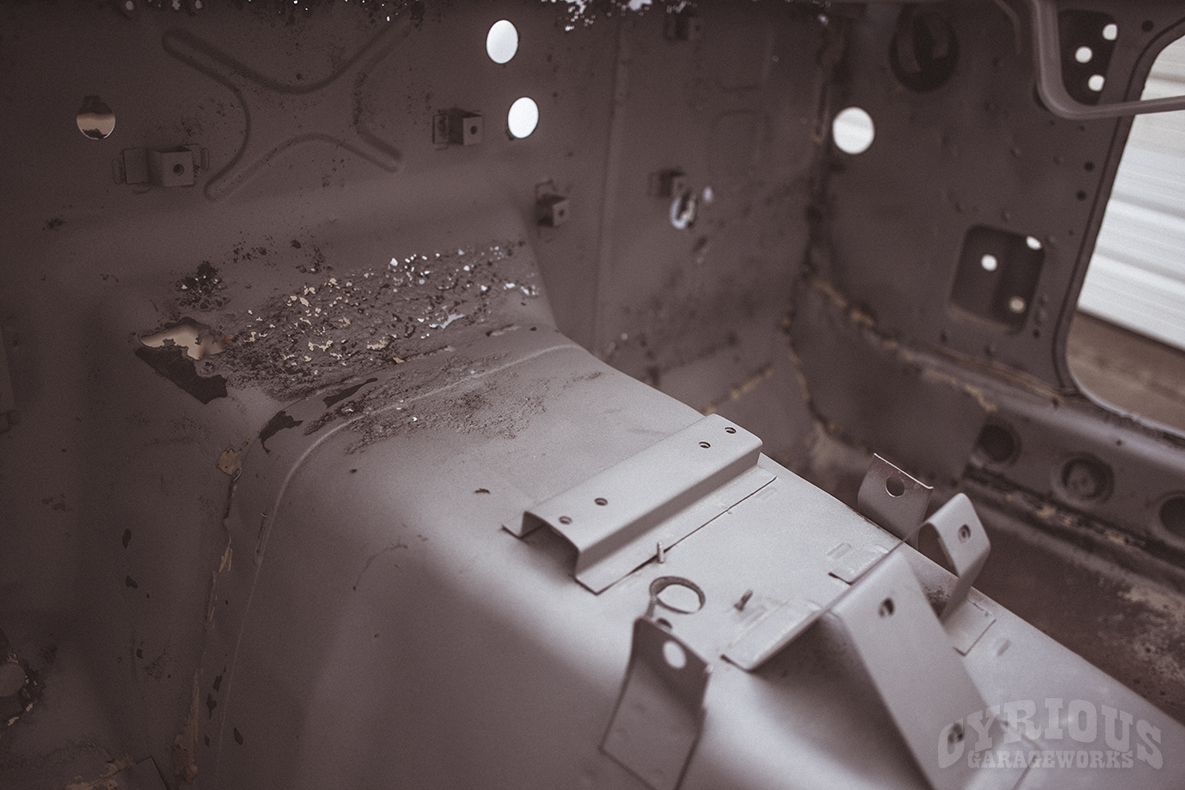 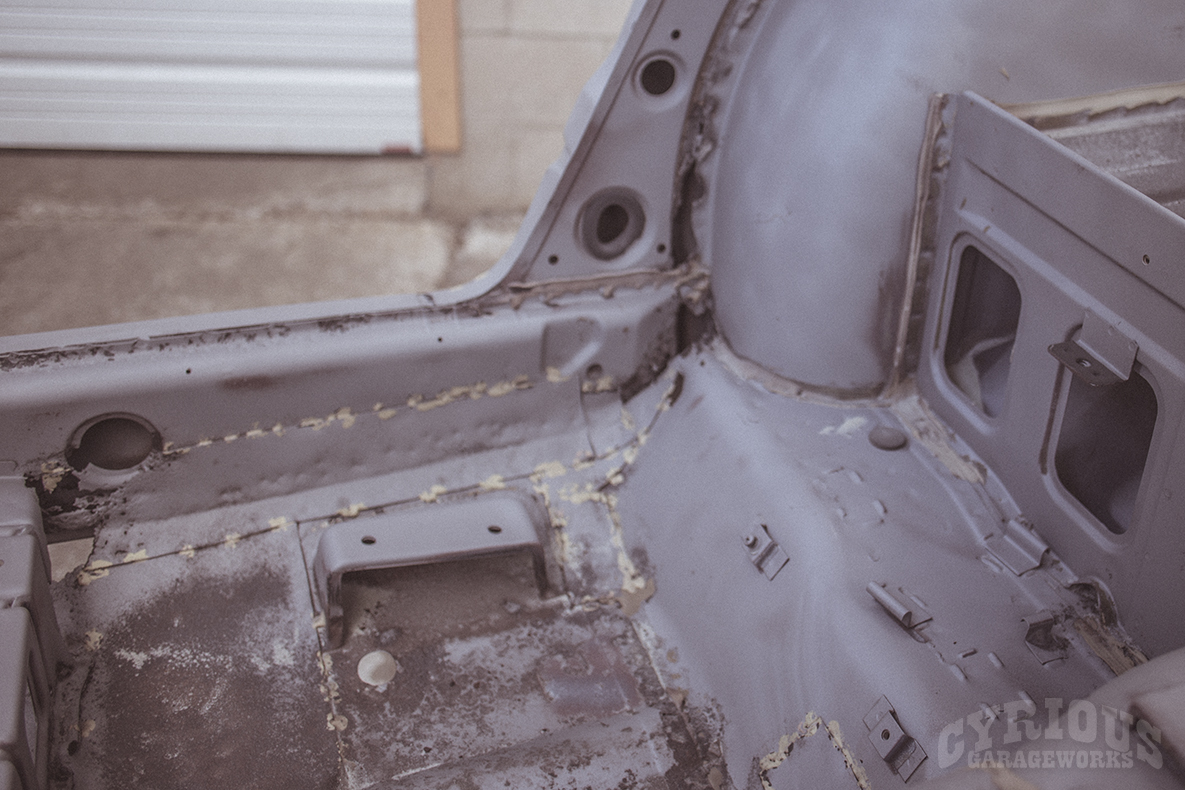 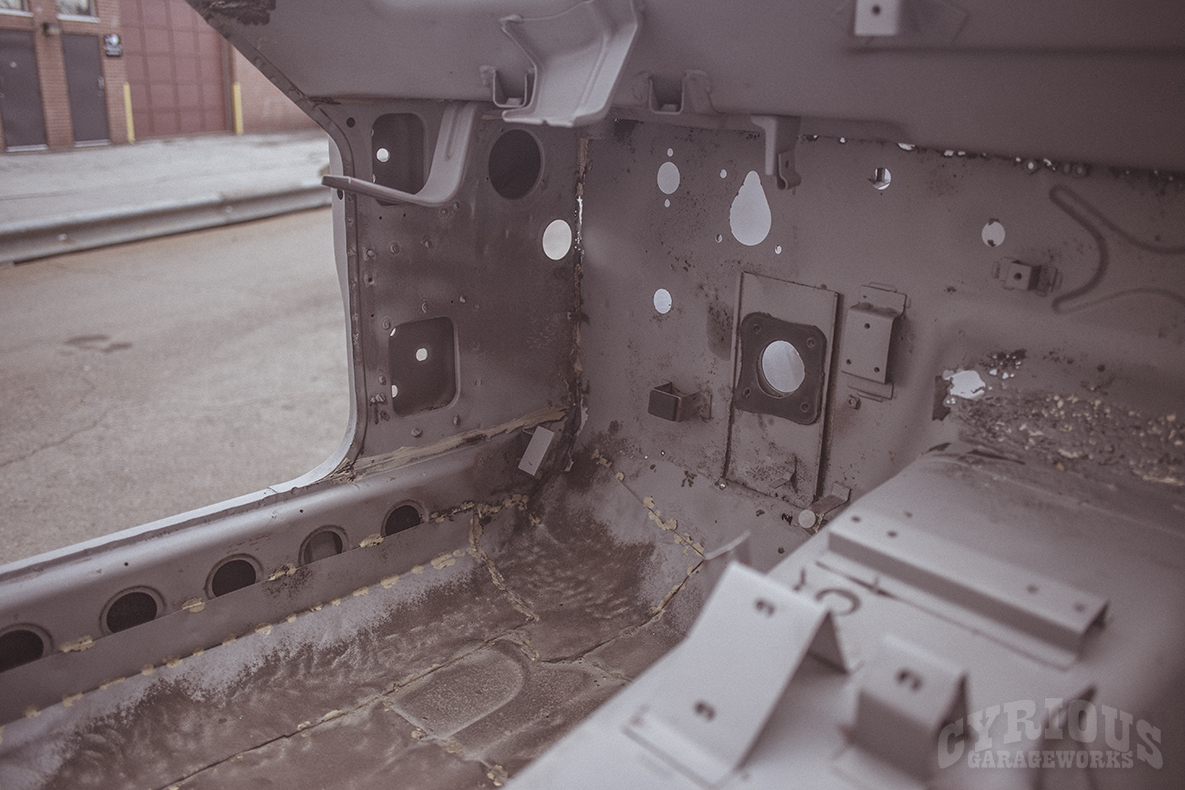 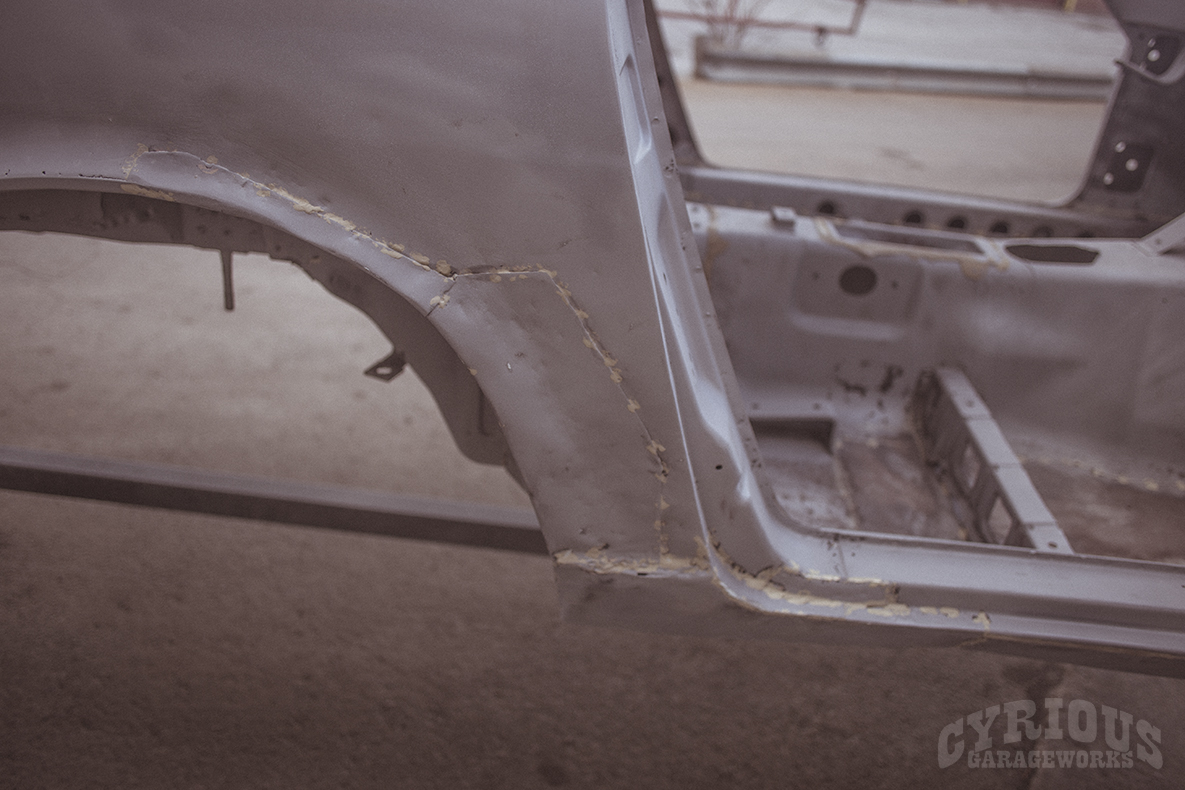 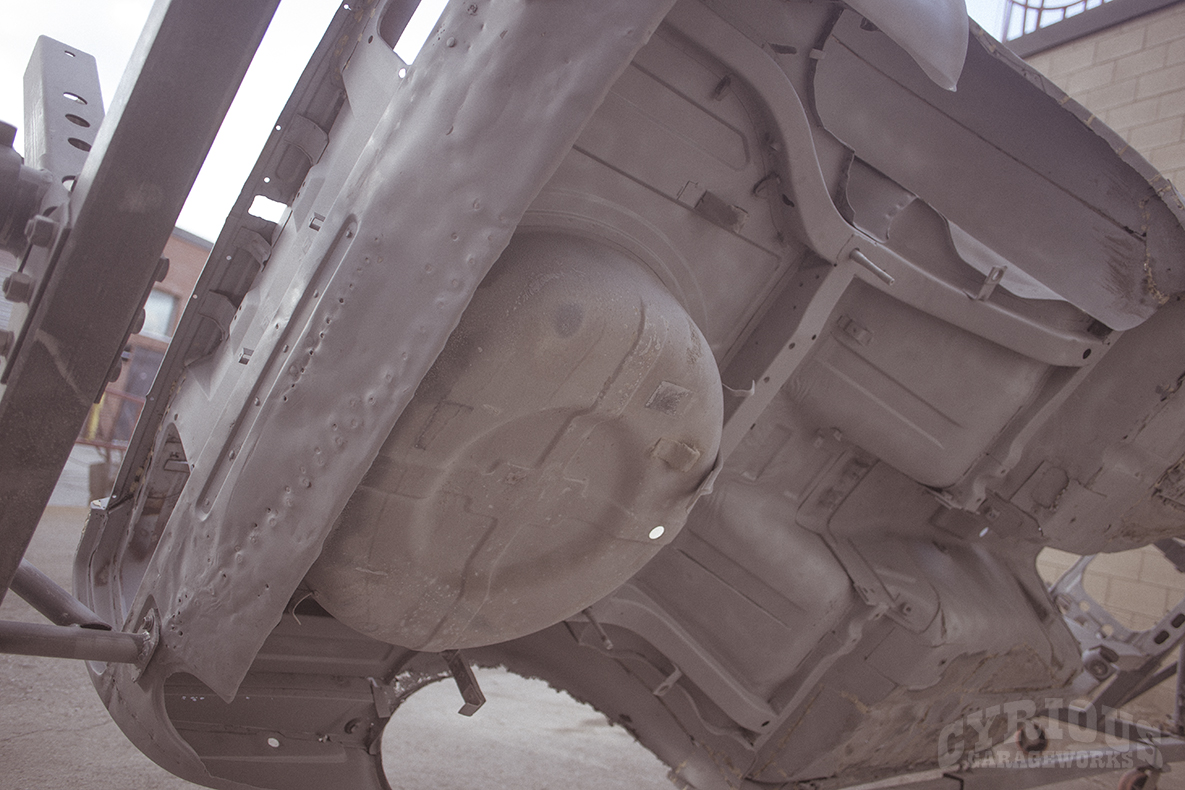 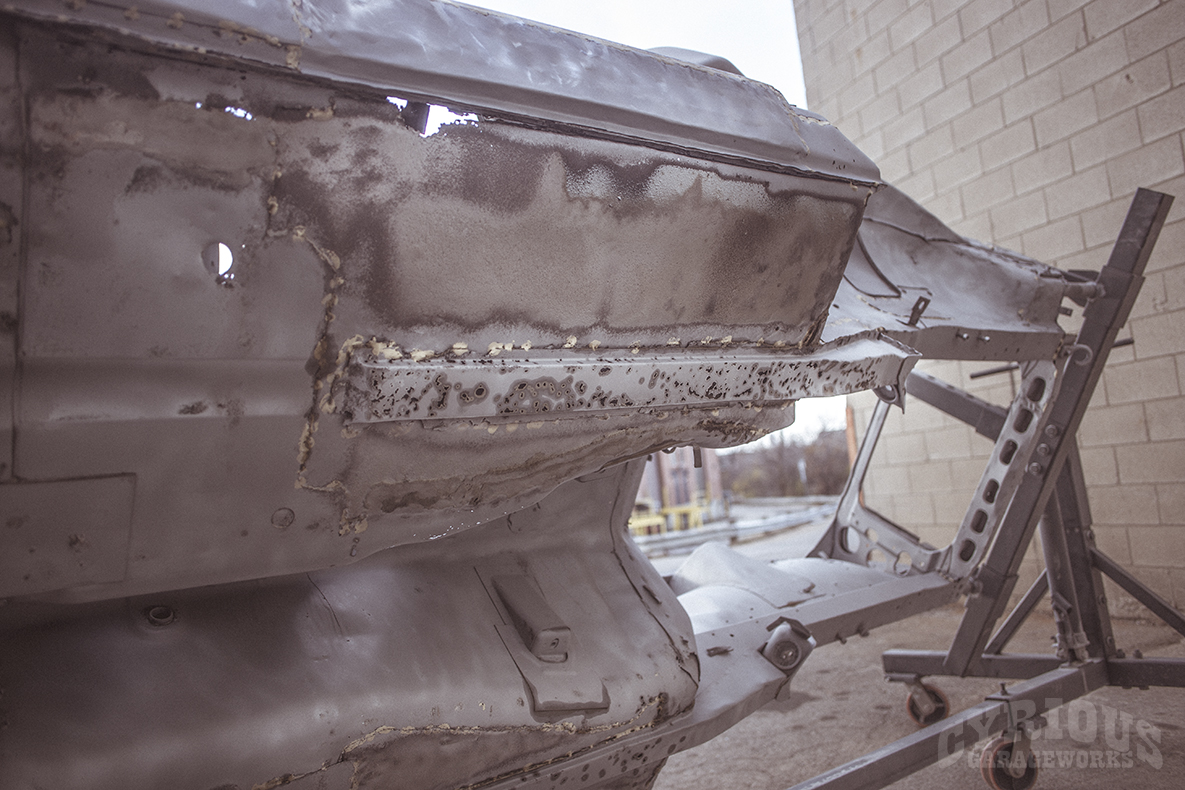 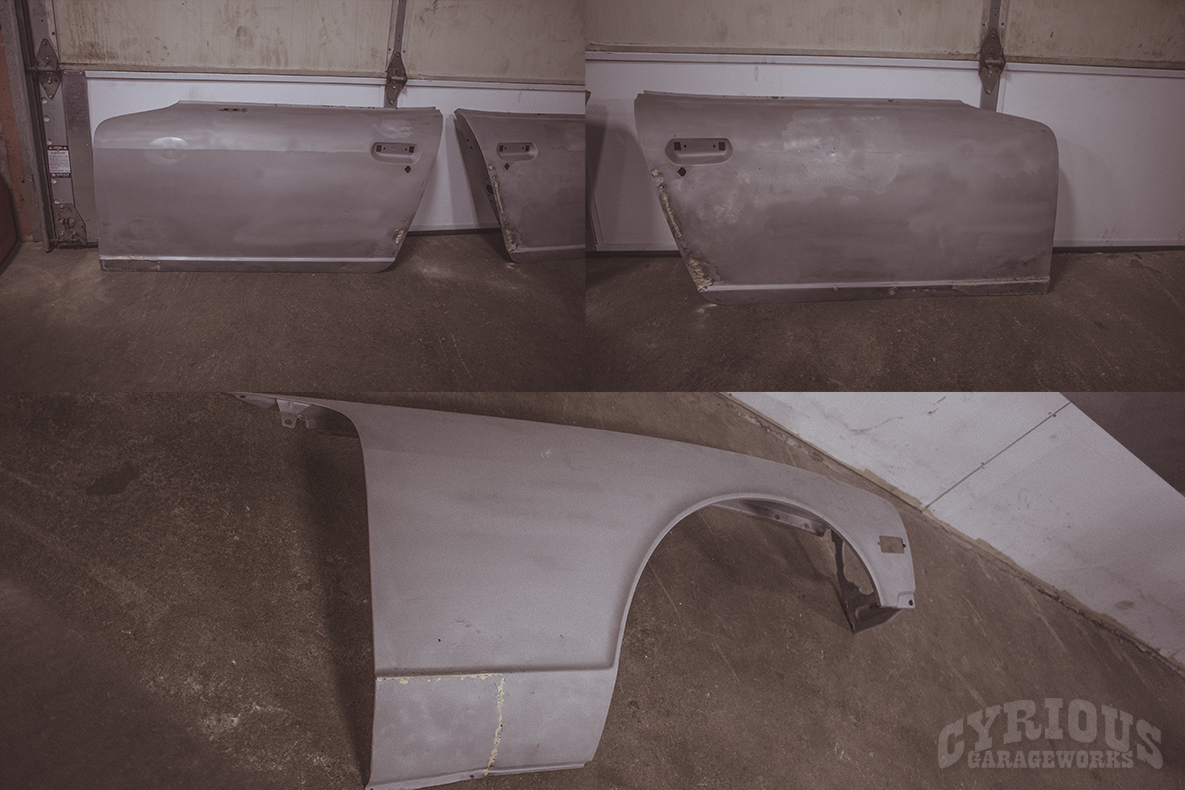 Well. That’s quite the mess. As we mentioned before, many questionable patches were made to this car. There’s not much to say other than that! Time to get out the saws and the welder and get to work! Check out the next page where we dig in to the rust!