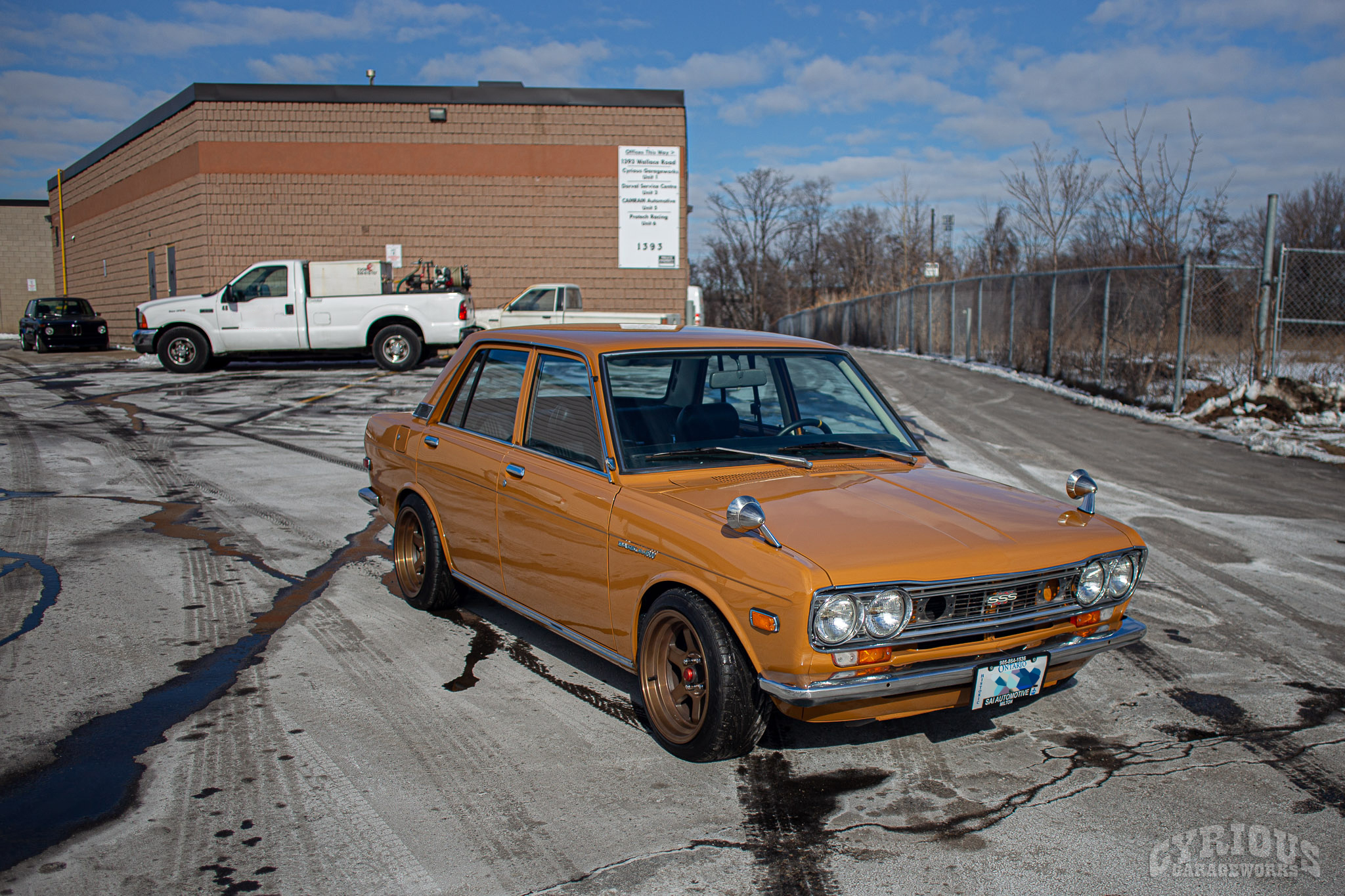 We’ve always been firm believers that one of the best ways to start off with a clean old Japanese car for a proper build is to go down south of the border (like, really south) to find them. California, Oregon, and Texas have some real gems if you’re willing to do the legwork of shipping a car around.

Such was the case for this next one, a 1972 Datsun 510 which appears to have spent most of it’s life somewhere in sunny California. It even has a Cal Poly sticker in the back window to prove it.

From a distance, things aren’t looking too bad! A little rough around the edges, but overall pretty good, right? I mean, at least it isn’t rusty, right? That last part is definitely true, from a rust standpoint this car is immaculate compared to a 510 that would’ve lived up here. If you had read the title on your way in here though, you know there’s a bit more to it. See, if you look a bit closer, and the light hits it just right…

It may be a bit difficult to see, but this vehicle is absolutely covered in little dents. Even the trunk lid didn’t escape the brutal onslaught of what appears to have been a toddler going to town with a small hammer. Let’s get this thing to the bodyshop!