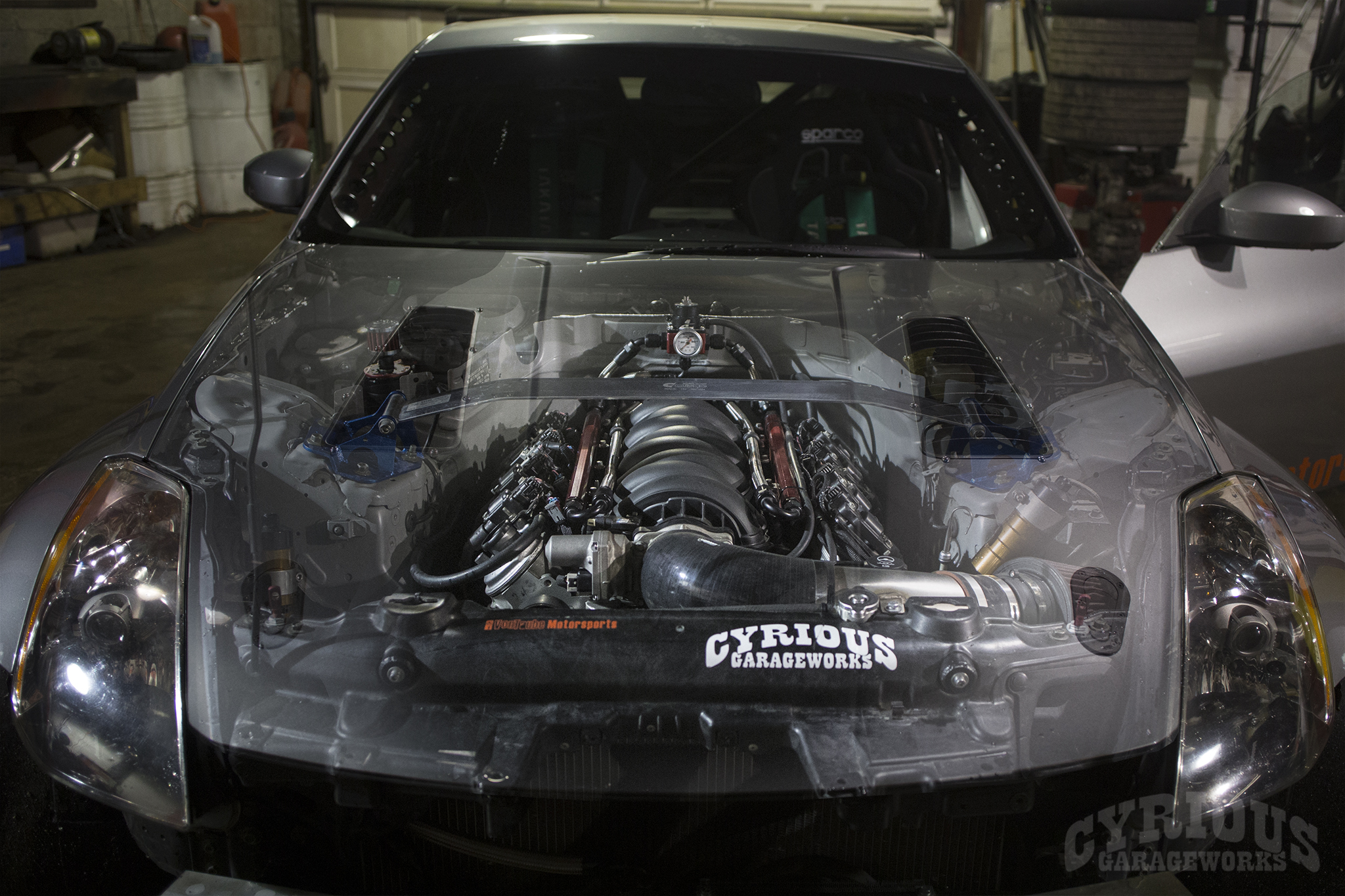 The Nissan 350z has been a prominent part of the motorsports world since it’s production run began in 2003. In that span of time, the 350Z has been a popular platform both for a street sports car, as well as a dedicated race car. With all that being said, the 350z made for an ideal choice for Eric from Von Taube Motorsports to use as the base for his dedicated track vehicle.

Eric intended on going pretty fast in this machine, meant to be a purpose-built Time Attack vehicle. The first concern, as always, is safety. A full roll cage was to be built and installed to meet various Time Attack competitions’ safety guidelines…but before we could do that, the sound deadening needed to be removed, pictured above.

Brad got busy prepping the dashboard to have it mounted to the rollcage tubing, as opposed to the factory equipped dash bar that the car comes with. This may seem like a mostly unimportant step in the process, but it’s worth noting that many racing series in the world require that cars retain their factory dashboards for one reason or another. This can be an expensive issue to rectify for the gung-ho enthusiast that throws his old dashboard in the bin because he thinks a panel of aluminum will be lighter (it isn’t, really) or because he wants to make a sweet custom dash and doesn’t want to be restricted by the confines of a factory dash unit. Moral of the story: no matter how awful your dashboard may be, it’s very likely worth saving it until you know for sure that you don’t need it anymore. It’ll save you from the trouble of finding a used one, shelling out big bucks for a new one; or at worst being unable to find one at all.

With roll cage fabrication steaming right along, let’s take a look under the hood!

That ain’t no VQ35! As the title of this post implied, along with getting the full roll cage treatment, this vehicle also received a heart transplant in the form of a Chevy LS2!