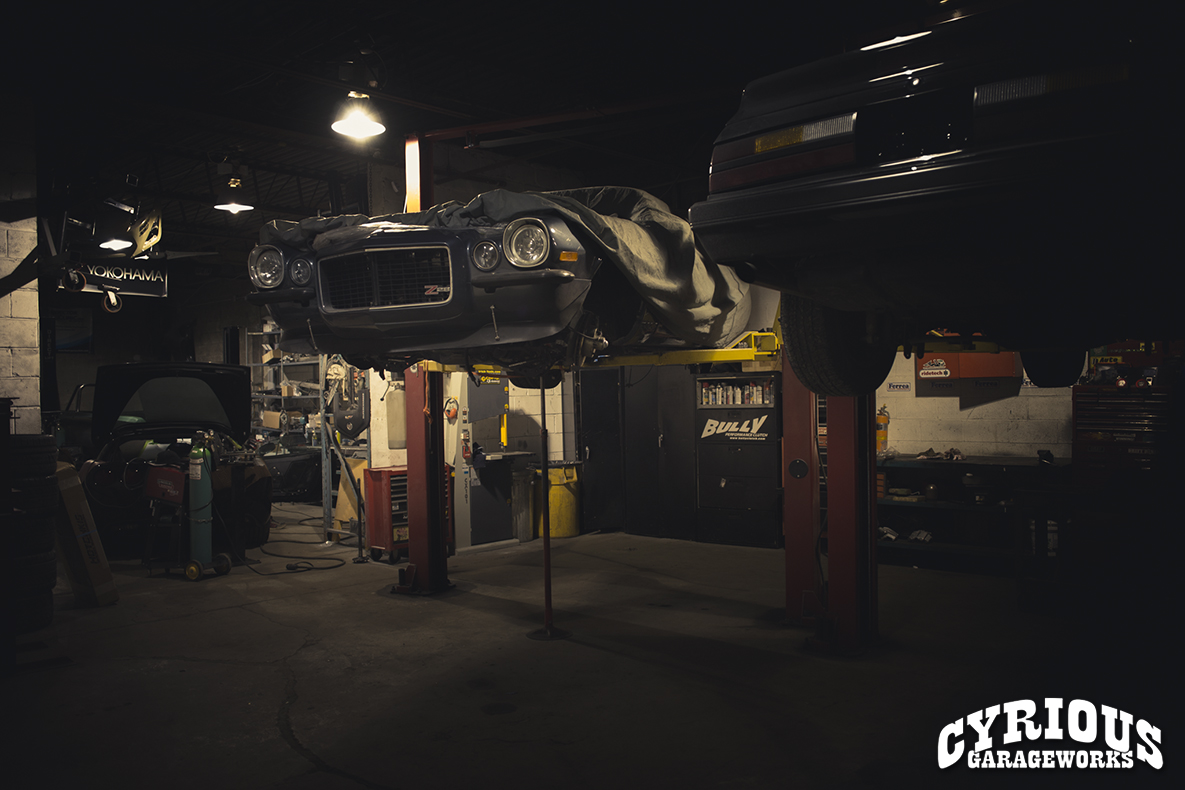 Progress continued on World War Z at a good pace. The wheels were in the process of being produced, so focus was shifted elsewhere, namely under the hood and inside the car. When it comes to custom cars, you can certainly create a plan ahead of time and follow that as much as possible, but there will be potential surprises that may force you to make changes to the original design, or just to adapt and engineer things on the fly.

Once the engine was fully mocked in, it was now time to figure out where the components would fit in around it. Almost immediately, it became clear that the angle and location of the throttle body meant that we were going to have to get creative with how we would mount up the air intake, and make it aesthetically pleasing at the same time. Time to get the saw back out!

At the same time as all of this, bodywork was being completed on the firewall and cowl sections, and a few new elements were introduced under the hood, including the Nitrous Oxide system which you can see part of in the above picture.

These firewall/fender braces were definitely made for this car, but didn’t really fit right. Not only that, but installing them per the manufacturer’s specifications was going to mess pretty significantly with the aesthetics of the firewall and cowling that we had produced. We decided that rather than attempting to re-engineer this part, it would be more efficient to produce our own.

A few measurements, cuts, and bends later, and voila! Now, if you’re one of our more astute readers, you may notice the dimple die plates in the windshield frame, which means that this car now has a roll cage! Remember what I said about not always being able to foresee and plan for everything when it comes to building custom cars? It was decided that dimple die plates would be a cool addition to this car which needs a roll cage to be mounted to, so….roll cage it is!