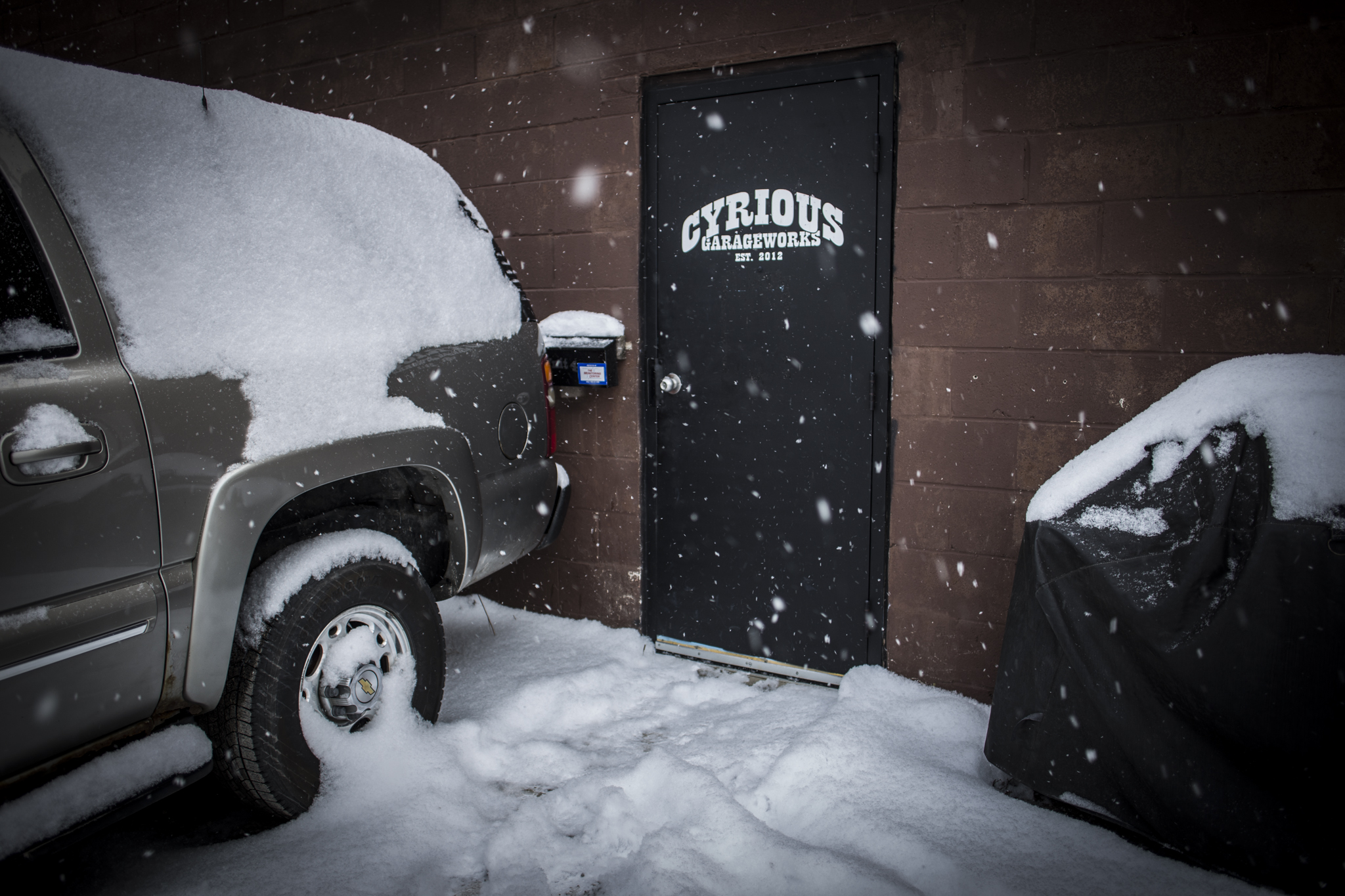 So yeah, I called this post Winter Warfare ’cause it sounds badass. It is sort of an accurate description of this year’s winter season at Cyrious Garageworks though!! Let’s take a couple quick looks at some of the projects being worked on in the cold winter months!

This 1975 International Scout came to us with the lemon meringue paint scheme: yellow on the bottom and white on the top with a white interior. A nice colour if we’re talking about desserts, but not so great when you’re talking about a truck that might be doing some offroading duty.

After being disassembled, this vehicle was sent out for a thorough sand blasting and brought back here for bodywork. This project definitely required lots of smoothing out, especially so since (as I’m sure you can tell) the roof was removed, never to be reinstalled. This vehicle isn’t likely to see any kind of winter service, so the roof was really just added weight at that point. This made it so that there were some ridges along the edge of the bed and the windshield frame that needed to be shaved down and smoothed out.

After some heavy bodywork, the Scout made its way over to the paint shop for a coat of something a little meaner than the lemon meringue yellow. This forest/army green will definitely give off a bit more attitude than the previous colour. Now that the bodywork is pretty much all done, the next step is reassembly and the small matter of doing an engine swap and lift kit!